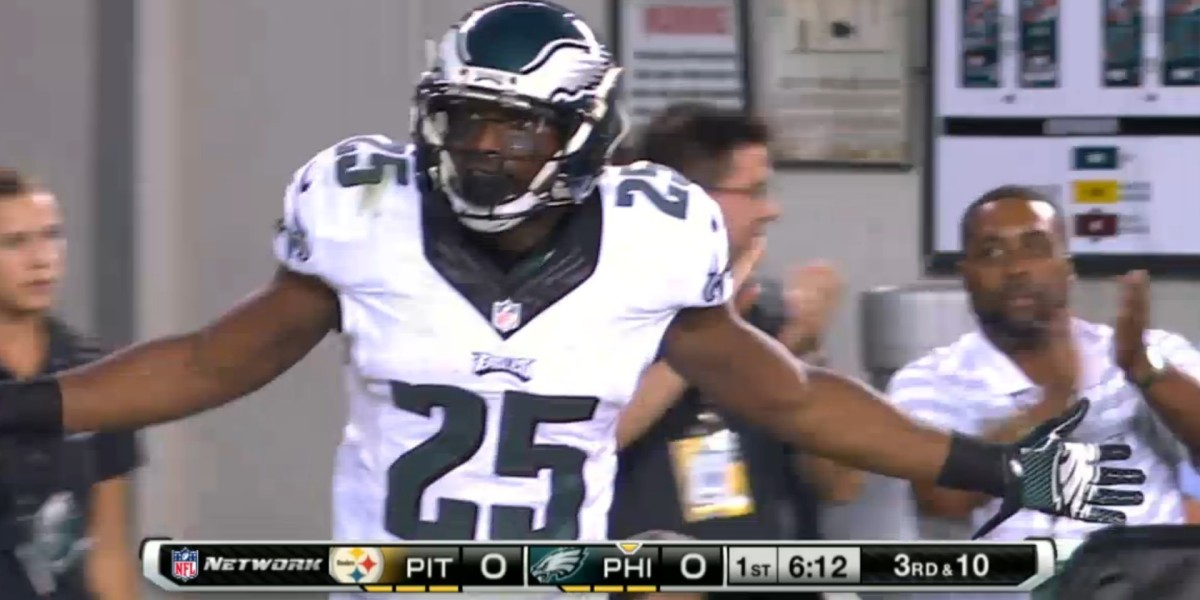 Well, that was a tough game to watch, both on the offensive and defensive sides of the ball. So, here are our dislikes (and a few positives we did find) from the third installment of the preseason.

While the score and stats indicated more bad than good, I was able to find a few positives in the game last night. The rushing totals didn’t look fabulous, but LeGarrette Blount had a pretty solid ground and pound game, even when the game was mostly one-sided. The new battering ram on the offense averaged roughly 5 yards per carry last season, and looks capable of shouldering the same type of load with the Steelers.

Bruce Gradkowski, albeit against 3rd and 4th stringers, erased our memories of the poor QB play the week before, and at the very least, showed us some signs of being a capable backup to Ben Roethlisberger.

Jason Worilds got a load of pressure on the QB in this game, and once again had a sack robbed from him, due to a defensive penalty.

Antonio Brown didn’t get many touches, but made the most of his opportunities. I don’t expect this to be the norm going into the regular season, and will elaborate more on the passing game below.

Troy Polamalu adjusted to the Eagles second misdirection play, turning a miscue between Eagles teammates into an interception. The previous misdirection play had turned into a LeSean McCoy score, so it’s good to see the defenders picking up on tendencies in real time.

Honorable Mention: man can those Steelers guys hit! Brent Celek looked like a punching bag for Mike Mitchell and nearly had his head taken off by Lawrence Timmons.

The passing game was out of sync entirely. Not sure if it was just me, but it looked obvious that Ben Roethlisberger was trying to target Markus Wheaton a lot in this game. Justin Brown also got the starting reps in the slot, but was seen on camera getting chewed by OC Todd Haley, and also some words from his quarterback, after miscommunication on a 3rd and

Le’Veon Bell was a mess, in both aspects of his game, and understandably so, given the circumstances. He showed flashes at times, with a nice cutback run, and a decent reception in the flat but at other times he looked lost in space, running nowhere and tipping passes that should’ve been caught. I do believe this young man learned some valuable lessons over the last few days, and will bounce back once he’s adjusted.

Shaun Suisham missed another field goal, this time from 46 yards out. The TV analysts pointed out the new long snapper and holder (punter Brad Wing) but the mechanics appeared to be proper, with Suisham just shanking this kick. The preseason has been rough for our placekicker, who has been spending extra time with his snapper and holder to work out the kinks.

Suisham has been one constant over the years, and was rewarded for his consitency with a new contract. I do believe this will be much ado about nothing once we get into the regular season and Greg Warren returns, though I do have concerns if Adam Podlesh ends up returning to the team and winning the punting job, because of his lack of reps with the team.

Without beating a dead horse, there was plenty of ugly. From a fan’s perspective, at times the game was unwatchable, as have been many preseason contests. I had previously written an article defending the referees and their points of emphasis, however, I cannot see the powers that be in the NFL viewing their product and thinking this is for the good of the game.

The argument will be made that players will have to adjust, and this is true: Ike Taylor had a nightmare of a night after starting the night by knocking a pass out of Riley Cooper’s hands. Opposite Taylor, Cortez Allen found his hand caught in the cookie jar as well.

The penalties extended Philadelphia’s drives, including the first scoring drive which capped off with McCoy’s 22 yard touchdown reception. The Steelers had stopped a 3rd and 5 at their 27, which then turned into a 1st and 10 from the 22 after a holding call on William Gay. Pittsburgh was penalized 4 times on Philadelphia’s second scoring drive, with 2 of those fouls enforced within the red zone.

Overall the Steelers were penalized 13 times for 92 yards.

On the offensive side of the ball, Roethlisberger appeared to revert to his previous antics as opposed to his strong performance in week 2. Big Ben held onto the ball longer, and tried to make plays on the move, rather than the quick release plays ran last Saturday.

The results were mixed, as Ben’s pass protection broke down several times, causing Ben to make plays with his feet. One such play, which should’ve been a routine throwaway, instead sailed over Dri Archer and short of the sideline, into the hands of Philly’s Nolan Carroll for an interception.

However, another broken down play resulted in the Steelers first touchdown, when Ben scrambled out of the pocket and found Heath Miller for a 27 yard score. Though this was a positive, it ends up in the “ugly” column, as the score happened midway through the third quarter and against the Eagles 2nd team defense.

Yes, the boo birds are out again in Pittsburgh. I had recently called myself, and our fans, spoiled. And we are.

It’s time to take a deep breath and relax. Given the Bell/Blount controversy a day before, a short week and a road trip, let’s hope the team used this as a wake up call to make necessary adjustments heading into the regular season, where they will also play week 2 on the road and with shorter time to prepare against division rival Baltimore.