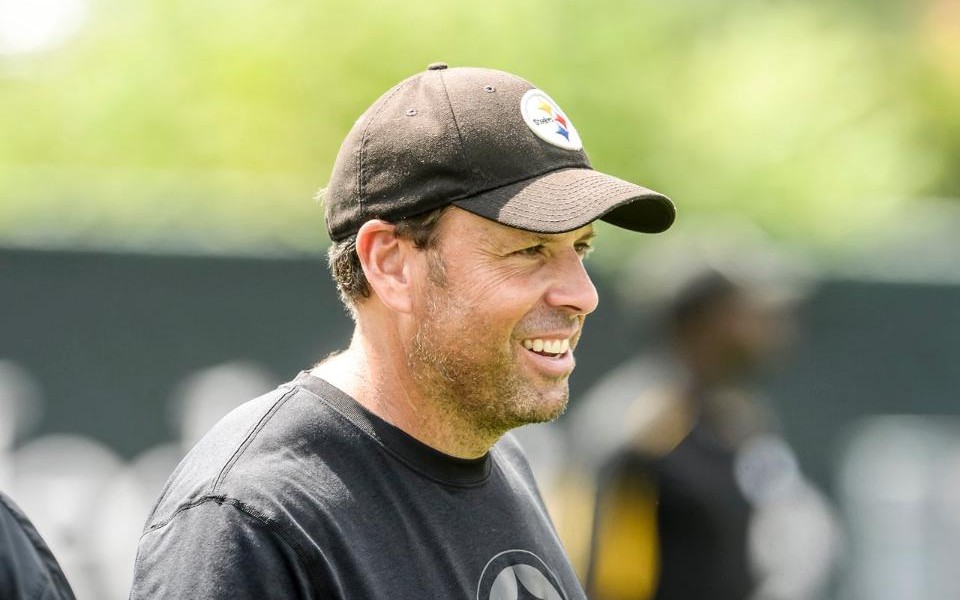 A contingent of Steelers fans would like the team to clean the house on their coaches. Some of the more patient fans understand, just as the Rooneys do, that consistency is key to winning in the “Not For Long” league.

One could look no further than the Buffalo Bills, Oakland Raiders or Jacksonville Jaguars, as teams who have changed front office and coaching staff almost as often as I change my socks. Pittsburgh’s division rival, the Cleveland Browns, have changed both 3 times in 3 years. Yet, none of those teams mentioned have sniffed a winning season or playoff berth in a decade or longer.

A group of spoiled Steelers fans, those who enjoyed 3 Super Bowl appearances within the last decade, are upset with an extreme makeover on both sides of the ball. Despite not having a sub .500 record since 2003, those same fans are waving pitchforks and torches, their anger directed toward one man who they feel has brought Steeler Nation to it’s knees: Todd Haley.

The Steelers offensive coordinator has seemingly been the target of all of Pittsburgh’s problems since his arrival. Finicky fans have also called for the heads of GM Kevin Colbert, head coach Mike Tomlin, and even legendary defensive coordinator Dick LeBeau.

However, no one receives more hate directed at them than Todd Haley.

I feel that hate is misguided.

Haley is an easy target, and for one reason: the Steelers have not made the playoffs since the former Chiefs head coach arrived in Pittsburgh. ESPN and other media outlets have tried to drive a wedge between Haley, QB Ben Roethlisberger and other leaders within the club, man of which were unfounded and merely speculative.

This hasn’t helped the public opinion on Haley, who is now receiving more criticism than ever after Pittsburgh’s 27-24 collapse against previously winless Tampa Bay. Their anger is directed at the team “going away from what was working” or “the offense not closing out games.” Todd Haley doesn’t put on a helmet and is not responsible for penalties, and dropped or overthrown passes; that rests solely on the individuals wearing numbers on the field.

Fans also have a short memory, as Haley’s play calls late in the game attacked Tampa Bay, but the team failed to execute. WR Antonio Brown had a finger tip drop on a late Big Ben bomb, which would’ve put the Steelers in scoring position and potentially sealed the game. Ben also overthrew an open Brown, who had beat Alterraun Verner and could’ve easily walked into the end zone, had the pass been on key.

Even within the final drive, the calls still played to the Steelers strengths and what worked earlier in the game. On first down the Le’Veon Bell ran for 2 yards, but a second down illegal snap penalty on center Maurkice Pouncey backed Pittsburgh up 5 yards. A shame too, as Ben connected with Markus Wheaton for an 8 yard pass, which would’ve been enough for a first down, had the line of scrimmage not been moved back.

Then came the play that made fans irate to the point of criticizing Haley again: Bell lost 2 yards, running behind the right side of his offensive line, the same side Bell had runs of 7 and 16 yards earlier (and broke an 81 yard run last week against Carolina.)

On paper, the run call was logical, not only for Bell’s success on that side of the field, but also as an opportunity to chew more time off the game clock. Others are critical of the call, but do not realize an incomplete pass in that same situation leaves around 1:30 left on the clock: Bell’s run enabled the Steelers to punt the ball on 4th down with 0:50 left instead.

Watching the San Francisco versus Philadelphia game later on, the 49ers were in a similar situation, backed up to their own endzone with a 5 point lead and 1:50 on the clock. The 49ers ran the ball 3 consecutive times, including a 3rd and 4 where RB Frank Gore only gained 2 yards. This approach forced Philadelphia to burn all of their timeouts, and gave San Francisco a chance to punt and pin the Eagles on their own side of the field, and allow their defense to try and close out the game.

Last time I checked, Todd Haley doesn’t coach in San Francisco, yet the philosophy was the same: force the opponent to burn their remaining timeouts and allow your defense an opportunity to win the game. Unfortunately, the Steelers had a poor 29 yard punt and allowed the Bucs to march into their territory for a game winner. (Note to the Todd Haley haters: special teams and defense are not attributed to Mr. Haley.)

While this may resonate with some of the more reasonable fans, others will point out the Steelers losing to Tampa’s backup QB Mike Glennon. While that sounds bad, it’s not unreasonable to think Glennon could lead his team, as he started 13 games with the club last season. The Bucs were also able to field DE Michael Johnson and RB Doug Martin, both of whom were injured for their previous game.

Losing to a backup QB is not a problem exclusive to Pittsburgh: other teams had similar woes this weekend. The best example could be the Atlanta Falcons, who 10 days earlier blew out the same Tampa Bay team 56-14. Atlanta traveled to the 1-2 Minnesota Vikings, who were without their Pro Bowl RB Adrian Peterson, and gave rookie QB Teddy Bridgewater his first career start. The result: Atlanta gives up over 500 yards in route to a 41-28 final.

The lesson portrayed here is anyone can win in the NFL on any given day. The league is full of professional football players, meaning only the best of the best make each team’s 53-man roster. Each team has to play by the same rules, and deal with injuries and other shortcomings as best they can.

At no time can any team rest on their laurels. The Buccaneers came into Pittsburgh, licking their wounds from an embarrassing defeat to a division rival. With 10 days to prepare, due to their previous game being played on a Thursday night, Tampa Bay was bound and determined to win the first game of the season.

At the same time, there is no one player, coach or situation that caused the Steelers to lose. Losses are typically a collection of negative situations. That’s why it’s unfair (and always has been) to place the blame on a lone person.