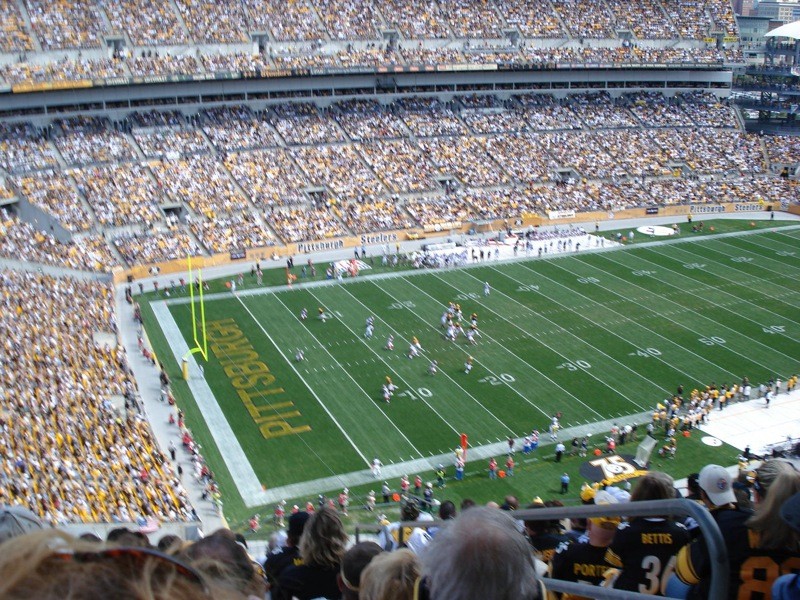 Is Another 8-8 Season Possible?

Is another 8-8 season possible?

For the Steelers to go backwards and fall to the .500 mark (or lower) this season, they would have to go 2-4 over the last 6 games this season:

While the games throughout the final stretch are split between home and away, the schedule has it’s own hurdles. The Steelers will once again have back-to-back road games, a situation that has caused them grief over the course of the year. Previous back-to-back games yielded a loss-win, win-loss, and a loss-undetermined, with the Titans game approaching this Monday night.

The Steelers will need more consistency, especially with two important AFC North games against the Bengals, with each potentially determining the fate of each franchise involved. The recipients of a tie against the Panthers, the Bengals could find themselves above or below the Steelers. Pittsburgh has a 2-2 split with the other AFC North teams, and an opportunity to allow the Browns, Ravens and Bengals to all cannibalize themselves in their remaining games against one another.

A sweep of Cincinnati would give the Steelers an edge in what is already a tight division, where each of the teams is 2 wins above .500. This is the first time this has happened since 1935, and the AFC North is the only division in the NFL where each team boasts a winning record.

Looking ahead at the Steelers schedule, a .500 streak throughout the final 6 games would give the team a 9-7 record. In other divisions, this could be good enough to win the division, or at least make the playoffs, however, with the Browns at  6-3, the Bengals at 5-3-1 and the Ravens at 6-4, each of those teams faces the same destiny. Pittsburgh will need the edge in tiebreakers: which they currently hold over the Ravens, and could hold over the Bengals in the head-to-head category.

However, Pittsburgh owns at least 1 more conference win than the Browns and Bengals; another important tiebreaker for the AFC North lead. Other than the Titans game, the only non-division AFC opponent remaining is Kansas City. The Steelers missed a golden opportunity against New York, where they could have the most conferences wins in the AFC, an important tiebreaker statistic. (Currently they are tied with a multitude of teams across the AFC, which could factor in, should the division crown slip.)

So is another 8-8 season likely? It could happen, but it would take a monumental nose dive for this team to have another “kiss your sister” season. With an extra day of rest going into Monday night, and a bye week looming immediately after their tilt with the Titans, the Steelers will have an opportunity to reload.

The coaching staff is playing it safe with Ryan Shazier and Troy Polamalu this week, which would give both nearly a month of time to heal their injuries, before returning to action after the bye. Similarly, Jarvis Jones is coming off of the IR, and Ike Taylor may be in line to return ahead of schedule. This comes at a time where the Steelers will need all hands on deck during the final stretch, and possibly into the playoffs.

With several other players buying into the “next man up” philosophy, and getting significant reps, along with multiple defensive starters poised to return following the bye, the Steelers may not have to worry about avoiding another 8-8 season, and could put themselves in a position to host their first home playoff game since 2010.