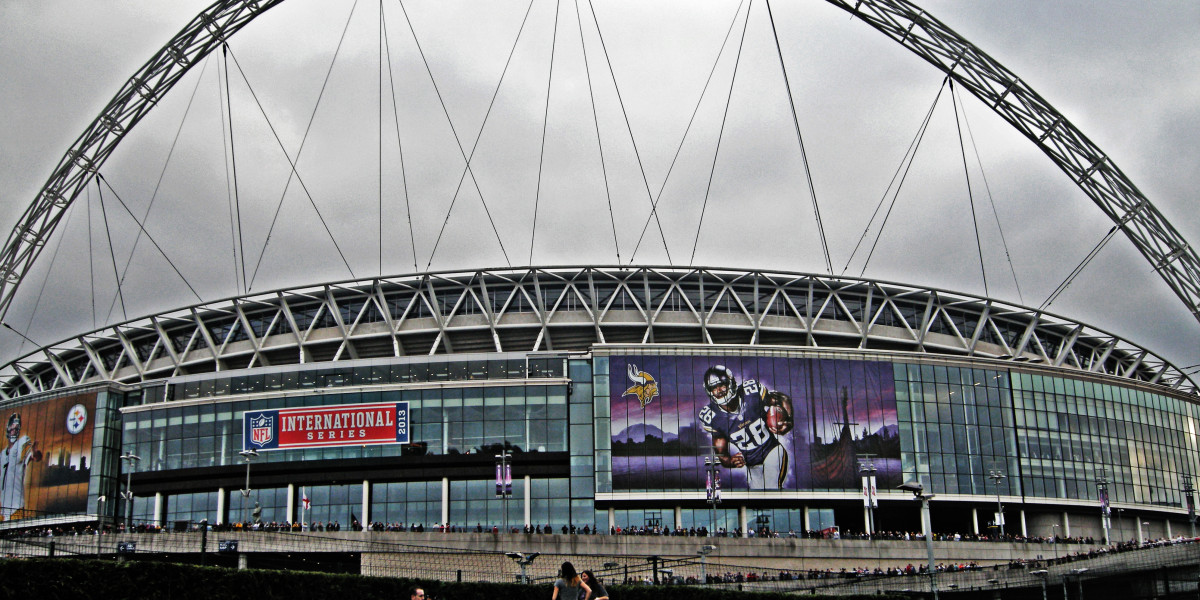 How to Satisfy LA and Other Markets

It may be true that an appetite for the NFL and it’s programming is at an all-time high. Games continue to be added to additional nights and venues.

NFL programming expanded to Thursday nights a few years ago, and has been on a tear since. Through a partnership with CBS, every team in the league was represented with a prime-time game last season. We have also seen Saturday games added to the docket, following the conclusion of the college football season (as to not conflict with the NFL’s feeder system.)

The league’s international series, dominated by London’s Wembley Stadium as a host, has expanded from one to three games since it’s inception in 2007. The games have primarily drawn attendance-challenged teams such as the St. Louis Rams and Jacksonville Jaguars to multi-year commitments in the United Kingdom market.

Then there’s the ever-present rumors of stadium building in Los Angeles, the United State’s #2 television market. The city, which previously had 2 teams in the Rams and Raiders, has been without a franchise since 1995, when those teams moved onto greener pastures.

Similarly, another small market has struggled with keeping their team in-town: the Buffalo Bills have a commitment from new ownership to not move the club, but in the past, have had their fair share of travel plan rumors. In the Bill’s case, these rumors were fueled by a multi-year pact where the team called Toronto’s Rogers Centre (formerly SkyDome) home for multiple preseason and regular season contests from 2008-2013.

If you are a regular follower of this site, you are familiar with my thoughts on how to fix the Pro Bowl. Unfortunately, those thoughts aren’t welcomed by Hawaiians, who also aren’t fond of losing their annual game at Aloha Stadium to locations such as Glendale, Arizona or Miami, Florida.

And how can we forget the NFL’s foray into other global markets through, since vanquished ventures such as the American Bowls and NFL Europe, where games were played everywhere from Mexico City, Barcelona, Berlin and Tokyo?

The question is, with all of the heightened desire to host an NFL game in a non-NFL member city, how does the NFL do so, without moving a team?

That’s why the league should add an extra game to the regular season.

Union bargaining aside, this is the most logical solution for the NFL’s next phase of growth. Here’s why.

An NFL team’s schedule is currently constructed of 8 home and 8 away games, with each team receiving a bye week. Through the expansion of Thursday Night Football last season, each team also plays a weekday game, in which they play on a short week, but also receive a pseudo-bye with the extra time between Thursday and their next date.

Also, to accommodate playing in London, those clubs designated as the home team at Wembley Stadium must forego one of their other home games, dropping their total times playing in front of their home crowd to 7. This is welcome by those season ticket holders who want to save a buck, but protested by others who buy tickets so they don’t have to watch their team on TV. And while some fans will gladly pack their bags and follow their team across the pond, others simple cannot (or will not) make the trip. (Which is okay, considering there are A LOT of American Football fans in the UK.)

So how do you make everyone happy? You add an extra game to the regular season, expanding from 16 to 17 games. The extra game could be played at a neutral location, such as London, without a loss of a home game in the 8 & 8 format currently setup. And much like the TNF lineup, with each team playing an extra game, every NFL franchise would be represented in the extra format

I like to call this extra game concept the “destination game.” Reason being, the destination could be a vacation for fans to experience another city, much like college football fans have enjoyed traveling to bowl games for years.

The destination could also be a place where the NFL would like to test both logistics and interest in another market. These cities could be those who have previously hosted NFL games. They could be locales seeking a future NFL franchise. The league could also expand it’s global brand with games played in various international locations.

Just think of the possibilities: the NFL already hosts 3 games in London each year. Imagine 6 more games in their crown jewel of wanted markets, Los Angeles.

Or perhaps a return to NFL Europe staple Germany, who was once had as many as 5 teams in since defunct league.

The NFL could also continue experiments in Mexico City and Toronto, both cities who have hosted regular season games in the past.

The league could also tryout cities clamoring for an expansion team, or bidding for the services of a current club, such as San Antonio or Oklahoma City.

And games shouldn’t be limited from tourist hubs such as Honolulu, Orlando or Las Vegas, who have hosted their share of professional football games, NFL or otherwise.

Aside from the number of potential new locations for games, the league could also benefit from an extra game for the purpose of what is now a head-scratching tie-breaking procedure. Having an odd number of games (17) may further help separate the “men from the boys” so to speak.

In the end, however, this is much conjecture, if anything. Many will point out the players’ union would never approve adding more games. But I digress that money talks: with a short window of both a player’s career, and the overall season for owners, everyone stands to gain from a “destination game.”