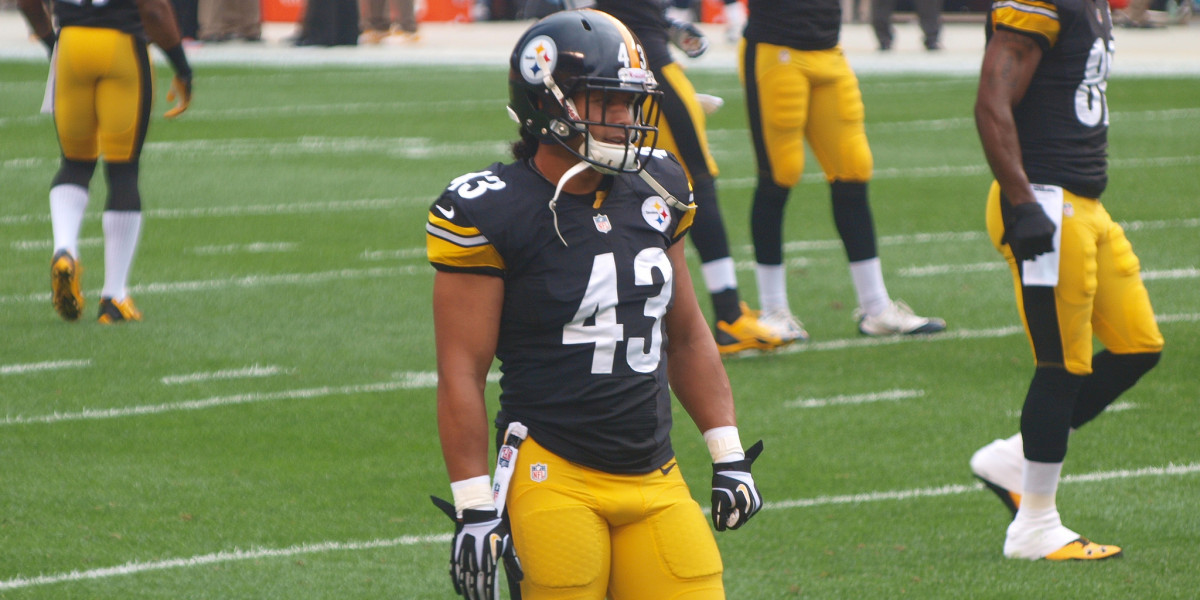 Unfortunately, that is the NFL; an ever-growing and evolving business. When a new business year begins, an influx of new faces enter as the old-guard starts to exit. Some have longer careers than others, but one thing is a given: Father Time eventually catches up with everyone, even the greats.

As the 2015 NFL season looms near, the Pittsburgh Steelers find themselves in a position where several of their longtime stalwarts may no longer be on the roster. With all due respect to the time and service each of these players gave to Steeler Nation, here are my thoughts on their current status.

Ike is probably the easiest player to say goodbye too. He’s a free agent and was holding on to a job last year. I could see Taylor as a “break glass in case of emergency” need, but like other positions, the Steelers will most likely move forward with younger talent.

It’s unfortunate, as Ike had become one of the better corners in the league, but his last years were hampered by injury. Ike had played in nearly every game through 2012, before missing 4 games that season. He rebounded to play all 16 again in 2013, but only appeared in 5 games last season.

On the business side of things, the Steelers would rather hold off spending veteran money for a player they are looking to replace. I see the situation much like Brett Keisel last season, where the team worked out other defensive ends before bringing #99 back at the end of training camp to solidify the defensive line.

Speaking of the “Diesel,” he signed a 2-year pact last year, which means he’s still under contract. I believe “The Beard” lasted this long, at his age, due to less wear and tear on his body in his earlier seasons in the league. However, the last 2 seasons have not been kind to Keisel, and I could see the team parting ways.

That said, he is still under contract, and while Cam Heyward and Stephon Tuitt will be entrenched as the probably day one starters, Keisel could still play a role as a depth player, substitute and locker room leader.

My gut feeling on Cam Thomas also leads me to believe the team may not cut their losses on either player. Only time will tell.

“Deebo” has announced he is not retiring. I’m not so sure that’s his decision.

Much like last year, Harrison was still looking for employment deep into the preseason, before calling it quits, and signing a one-day contract to retire as a member of the black and gold.

While the Steelers are extremely thin at OLB, Harrison’s return may not be a sure thing. The LB has been in a steady decline since 2010, though admittedly, looked more like his old self for spells of 2014. His return was another “emergency” signing scenario, as Harrison knew the system and filled in for the injury depleted LB corps. The contract #92 signed was not one where he would’ve expected to play as many snaps as he was used, and thus, just like 2 years ago, the dollar amount could factor into whether Harrison is back.

Another variable in his return is whether the team is able to retain the services of the other 2 free agent linebackers, Jason Worilds and Arthur Moats. Should either or both of those players return, Harrison may again have to wait for a spot to return to the Steelers.

However, that may not signal his end with the NFL, as “Steelers West,” the Arizona Cardinals, reportedly wanted to workout “The Silverback” last season, and now a “Steelers South” comprised of Ken Whisenhunt and Dick Lebeau in Tennessee, threaten to gobble up Pittsburgh’s leftovers.

Last but not least, the toughest to part with: Troy Polamalu. Troy is an icon, a legend and a future Hall of Famer. His play redefined the safety position and set the tone of the Steelers defense for a decade. Flashes of his brilliance were met with flashes of disappointment last season, along with injuries taking their toll on Polamalu throughout the years.

There are 2 situations revolving around Troy’s return or release: he was rumored to retire, and he also carries a high cap number. While a difficult decision, the team could save some much-needed money by parting ways with Polamalu. That appears to be all but a given by anyone with an opinion on the matter.

I’m sad having written this article, but the time has come, as it has in the past where players such as Joey Porter, Aaron Smith or Casey Hampton rode off into the sunset. Behind every dark night is a bright day, so the silver lining is in the great careers each of these players has had, and the very large shoes each leaves for another to fill.

Personally, I feel that Keisel and Harrison, due to lack of depth, will be most likely to return, though not right away. While Polamalu is still under contract, his best days may be behind him, which makes the his salary expendable. Ike Taylor has a fire unlike anyone else, whether he’s on or off the field, so we may see him back, but on the sidelines as a coach, much like the aforementioned Porter.

I wish each of these players the best: it was an honor to have watched all of you throughout the years.