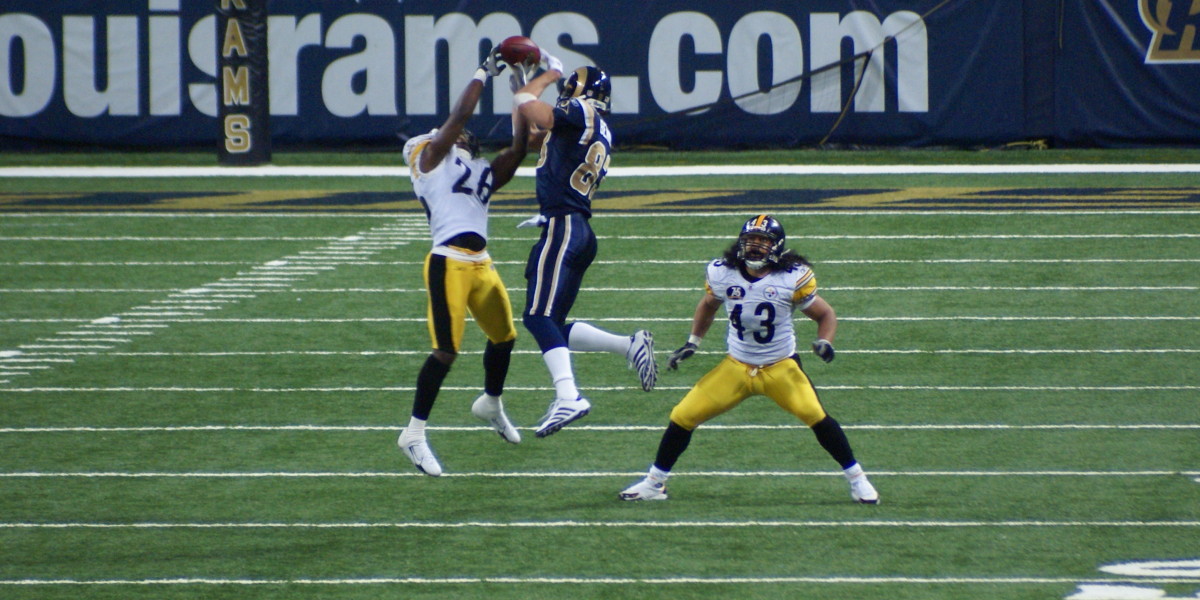 Why The Steelers Will Draft The BPA

The popular consensus among Pittsburgh fans and draft gurus, is that the team will select a CB with their first selection. This opinion is much the same as last year, where several corners were mock-drafted to the Steelers. Those analysts were wrong then, and could be wrong again now.

For followers of this site, I had previously pointed out my opinions on why the Steelers will not take a cornerback in the first round. I believe the team already has the necessary depth to weather the storm at the position for another season. That’s not to say the team won’t select a CB. I’m also a firm believer they will: just not in the first round.

If the Steelers don’t take a CB, then what position will they draft? I say they will draft the BPA: Best Player Available. This refers to a motto held by many general managers, coaches, analysts and anyone who is remotely plugged into the NFL Draft, as a means of saying “we will not put ourselves in a corner where we will not take the best player available at our draft position.”

Pittsburgh proved this theory to be true in past drafts, as recent as 2014 where they surprised everyone by selecting LB Ryan Shazier over taking a defensive back. Of course, one might have better luck at hitting the Powerball than predicting what will happen on draft day. Regardless, here are my thoughts on positions (rather than players) the Steelers will target other than CB.

While having a luxury at ILB, the Steelers could be feast or famine on the outside. Unproven, soon-to-be third year player Jarvis Jones is the only OLB under contract from the regular season roster. When Jones went on the IR last season, 36-year-old James Harrison came out of retirement to fill his spot. Harrison will turn 37 in May, but has gone on record stating he will not retire.

The other starting linebacker, Jason Worilds, was 2nd on the team in sacks, but was not franchise tagged and is expected to hit free agency. It’s unlikely he will return.

Arthur Moats, who came over from Buffalo on a one-year deal in 2014, has publicly said he wants to come back. Moats started 9 games, with 4 sacks and 2 forced fumbles: all promising numbers for a fill-in and role player.

But will OLB be a draft priority? The Steelers have a few more options outside of resigning their own free agents.The team signed CFL standout Shawn Lemon, who started all 18 games for the Calgary Stampeders in 2014, recording 13 sacks, 5 tackles for a loss and 8 forced fumbles.

Another option is last year’s preseason darling, Howard Jones, who was a preseason player of the week after recovering 2 fumble (returning one for a touchdown.) Last year’s 6th round choice, Jordan Zumwalt, was on the injured reserve list all season, indicating the team has future plans for him. Zumwalt is a versatile player who played on both the inside and outside positions in college.

With all of the activity above, OLB may not appear to be the hot-button, must-have draft selection in the same way CB is not. But that doesn’t mean if a top prospect falls to the Steelers at 22, they won’t take him.

If they do, it will be the 3rd straight year the team has taken a LB with their first pick, and potentially give them four #1 selections in the starting lineup (alongside Jones, Ryan Shazier and Lawrence Timmons.) That type of investment may bolster to the pass rush to new levels.

Sticking with defense, a large shadow may be cast if Troy Polamalu, as anticipated, retires and/or does not return to the Steelers. The team invested a 4th round pick in 2013 on Shamarko Thomas, and all indications from the staff is that he would be the heir apparent once Troy stepped down. Unfortunately beleaguered by injuries, “Shark” hasn’t had much playing time, and is another unproven. He has shown flashes, particularly on special teams.

However, the team opted to go with veteran Will Allen when Polamalu missed a handful of games last season. Allen will also be a free agent once the league year begins, leaving the position thin as well.

This may leave enough of a hole for the team to invest their top pick on a player the caliber of Green Bay’s Clinton Ha-Ha Dix, who was chosen 21st overall last season. Whether a rookie can contribute early is to be seen, but it gives the team an insurance policy against injury prone Thomas and Allen, who turns 33 in June.

Father Time has hit multiple positions on the Steelers since their last Super Bowl appearance at the culmination of the 2010 season. One position that has been near ageless, is tight end. Drafted in the 1st round of 2005, 32-year-old Heath Miller enters his 11th NFL season.

31-year-old Matt Spaeth enters his 9th and is valued as more of a blocker, frequently used in double TE and jumbo packages. Since returning to Pittsburgh in 2013, Spaeth has a mere 4 catches on only 6 targets in 2 seasons. The team’s 3rd TE, Michael Palmer, enters his 6th NFL season, but has little starting experience, and only 2 receptions in the same amount of time. 2014 7th round pick Rob Blanchflower never saw the field and will have to compete for a roster spot this season, which makes him a distant 3rd TE at best.

This means the TEs behind Heath Miller have a combined 6 receptions in the last 2 seasons, while Miller has accounted for 124 during that same period. It’s hard to imagine what would happen if he were to succumb to injury. That’s why I believe his heir apparent may be the team’s top focus in the upcoming draft. Finding another, solid, 10 year starter in the prime (and soon to be twilight) of Ben Roethlisberger‘s career could become the team’s top priority, maybe sooner than later.