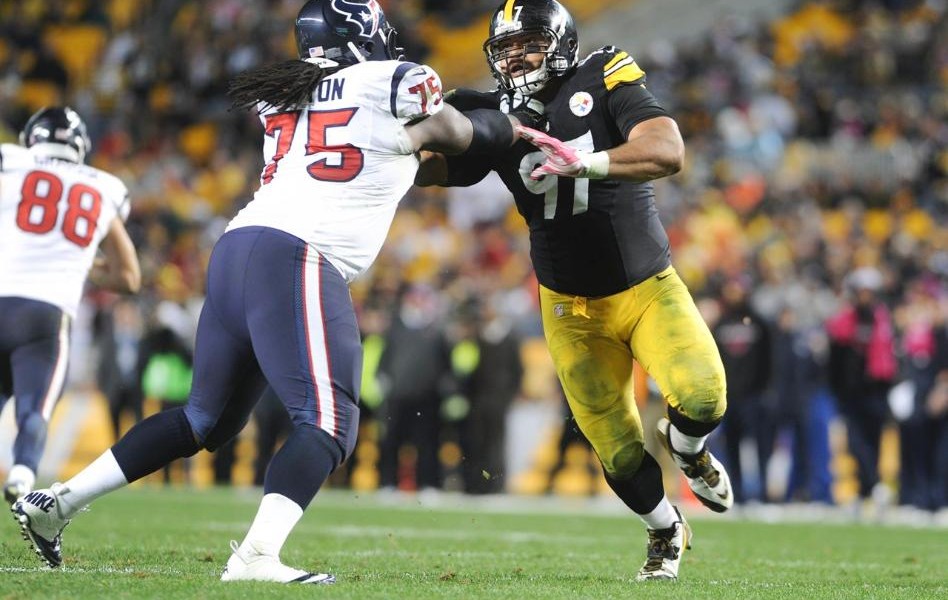 I swear, if I have to hear one more stuck-up, unknowledgeable, so-called “fan” call for the head of Mike Tomlin or Kevin Colbert, I may spontaneously combust!

Listen friends. I know we all have opinions, and sometimes we love our team so much that we go a little overboard, but there are some serious considerations to be made as to why Pittsburgh can’t go out and spend millions of dollars to assemble an all-star team. That reason is called the salary cap, and last month I went into depth on why the team is patient during free agency.

This article, however, is about the defense. Every time I hear or see a complaint about free agency or management, it’s almost certainly followed by a “fix the defense” comment. But I have to ask, is the defense really broken?

Go ahead, it’s okay.Â Just remember when you do, that this team won 11 games last year with a “broken” defense.Â Yes, I’m aware they also lost 5 games to really poor teams like the Browns, Jets and Bucs, but just think: if they were thatÂ bad last year, how muchÂ worse can they get this year?Â This so-calledÂ broken defense has already said goodbye to fixtures such as Brett Keisel and Ike Taylor, and may do the same with Troy Polamalu.

I know those fans that are upset about losing some of our one-time greatsÂ are too emotionally attached to what those playersÂ were rather than what they nowÂ are. That’s not to take anything way from the great careers of the aforementioned, but football is a business and players are it’s commodity. Those players get old and are no longer viable for continue being a sustainable business (in lay man’s terms: a good football team.)

While we are attached to Keisel, Polamalu and Taylor, it’s not hard to see that in some situations they hurt, rather than helped the defense.Â There’s also a lot to be said about the insurgence of young talent on the defense. Youth equals inexperience, and inexperience meansÂ mistakes. Combine the two negatives of old and young, and you have a recipe for disaster on each down. Either a player is too slow, or too inexperienced, and caught out of position. All it takes is for one mistake to cost you victory: we are talking about the NFL and paid professionals after all.

That’s why I feel what we saw last year was more aÂ lack of experience rather than lack of potential. Take Jarvis Jones for example. Jones still hasn’t gotten enough time on the field, and looked like a good pass rusher before his freak hand injury; which need I remind you, he sustained whileÂ sacking Cam Newton. If you don’t think Jones has potential, and want to call him a bust, that’s your prerogative. I just ask you do the same of Houston’s Jadeveon Clowney, who dressedÂ for 4 games last season, only starting 2, and registered a meagerÂ 5 tackles with no sacks.

My point: it’s a little early to call any 2nd or 3rd year player a bust.

One look at DE Cameron Heyward illustrates my point-of-view. Heyward, a first round choice in 2011, didn’t start a single game for 2 years. Many fans called him a bust too. It wasn’t until he got his break in 2013, his third year, that everyone got to see his true potential. And he wasn’t slated to be a starter at the time, but Cam has now started every game since, and tied for a team best 7.5 sacks in 2014.

I find however, myÂ biggest disappointment in fan comments is about the cornerback position. Calling for a “shutdown” corner isn’t necessarily what the team needs, as many of their schemes rely more on zone coverage than true man-to-man, shutdown play. The Steelers could easily make due with William Gay, Antwon Blake and yes, even Cortez Allen, heading into this season. They also have another corner with starting experience, B.W. Webb, who for all intents and purposes, is this year’s version of Brice McCain. If he can play like McCain, the talk about drafing a “shutdown” corner may be much ado about nothing.

Also realize, a first round corner isn’t likely to be a day 1 starter. You would need a truly special athlete, and even those top rated corners of the last two seasons, the Jets Dee Milliner and Browns Justin Gilbert, struggled on the field to date. (So much so with Milliner’s play and injuries, the JetsÂ signed corners Darrelle Revis, Antonio Cromartie AND Buster Skrine in the offseason.)

That’s why I still believe the Steelers won’t draft a corner in the first round and will take the best player available. However, that doesn’t mean the team won’t draft defensive players. In fact, I don’t see how they would draft anything but defensive players. While the thought of having decent prospects and seasoned veterans at positions of need such as OLB, CB and S will be a stop gap, the team must look toward the future and restock the cupboards. I believe, however, there is more depth at the CB position where the Steelers can find a gem in mid-to-late rounds rather than pass on a top-rated pass rusher or safety, which are more difficult to acquire the furtherÂ the draft goes. That’s where the team has found someone like Keenan Lewis or William Gay in the past, and it’s also how the league’s model defense of the Seattle Seahawks, found Richard Sherman (who was a 5th round selection in 2011.)

This is why you should stop complaining about the defense. Seldom do teams that win the offseason (on paper) ever win Lombardis. With their proven track record and ability to rebuild a team without letting them sink to the bottom, gives me the utmost faith that the Steelers defense is right behind where the offense was, and now is, in terms of their growth (and return to greatness!)