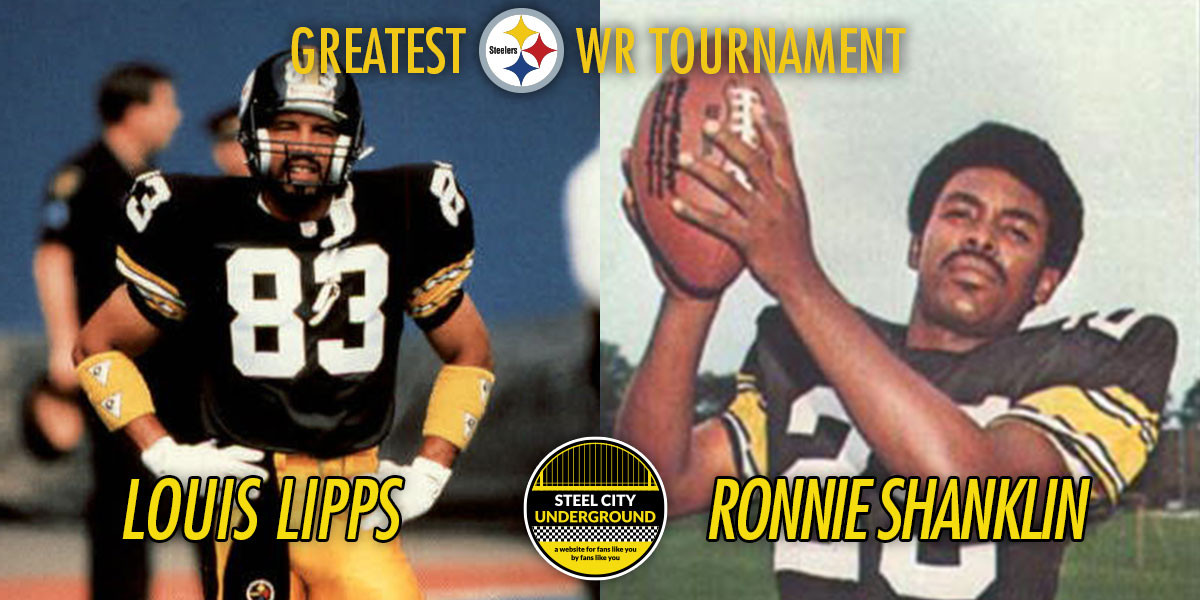 In his first season, Lipps broke the NFL record for punt return yardage by a rookie with 656 yards. Louis returned one punt for a touchdown and also caught 45 passes for 860 receiving yards and 9 receiving touchdowns. He was named the NFL’s Offensive Rookie of the Year at season’s end and was also named to the AFC Pro Bowl team for that year.

Lipps’ second season in 1985 saw him go over 1000 receiving yards and 50 rushing yards with 1134 and catch 12 touchdowns. He was named 1st Team All-Pro by the Newspaper Enterprise Association (NEA) and the Pro Football Writers Association (PFWA) and 2nd Team All-Pro by the Associated Press (AP). He also earned a second straight trip to the Pro Bowl.

The Steelers named him the Team’s MVP for the 1985 season. Lipps struggled with injuries during the 1986 and 1987 seasons but rebounded in 1988, finishing with 50 catches for 973 receiving yards and 5 touchdown catches including the Steel City Wonder, where he caught a ball in his facemask and scored. In 1989, Lipps again led the team in receptions (50), receiving yards (944) and receiving touchdowns (5) and was named Team MVP for the second time.

Shanklin led the Steelers in receptions for his first four years in the league, and in the same amount of time, started in 66 of the 67 games he appeared in.

1973 would prove to be the most fruitful year of his six season career in the NFL. After a heartbreaking loss to the Miami Dolphins in the AFC championship game, the Steelers’ number one receiver would redouble his efforts to help ensure that Pittsburgh made it back to the post season the following year.

Shanklin would have 30 receptions for 711 yards and 10 touchdowns. His 23.7 yards per catch were the best in the NFL en route to what would be another winning season for the Steelers. He would be named team MVP by his peers and earn a roster spot in that year’s Pro Bowl, but a neck injury would keep him out of the event.