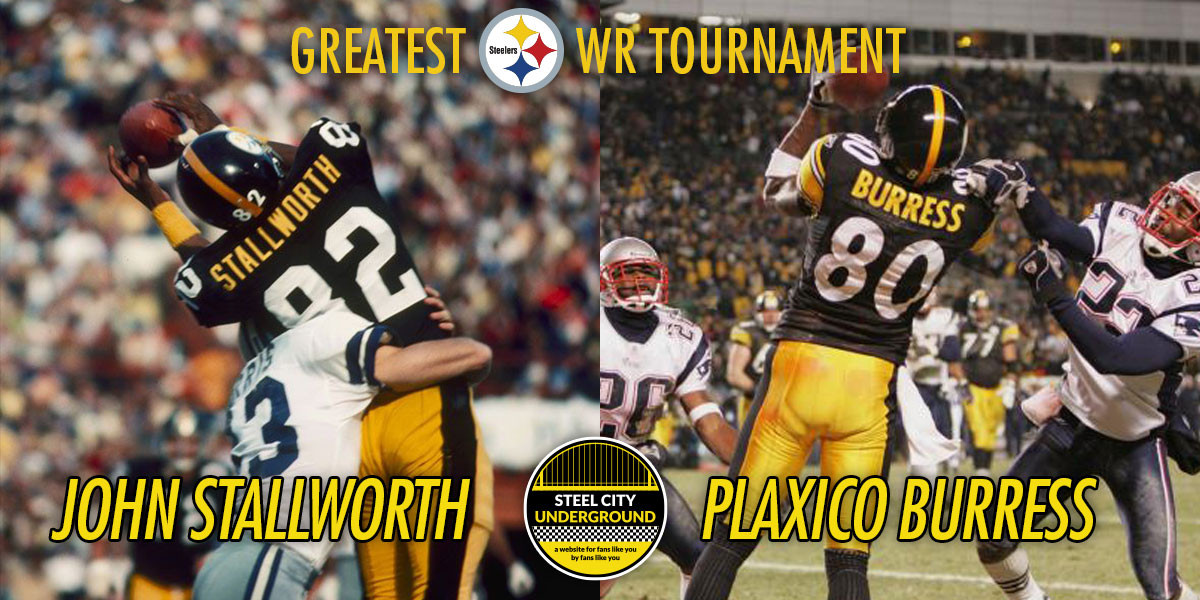 Surprisingly, Burress has no major accolades for his time with the Steelers, such as Pro Bowls, All-Pro, etc.

After being drafted eighth overall in the 2000 NFL Draft, Burress went on to play five years with the Pittsburgh Steelers, amassing 261 receptions for 4,164 yards, 22 touchdowns, and six fumbles over the span of 71 games. He first broke the 1,000-yard mark in his second season, gaining 1,008 yards on 66 receptions. Burress’s best season with the Steelers came in 2002, when he set his career highs for receptions (78) and yards (1,325), to go along with seven touchdowns. Also in 2002, Burress played in his first career playoff game, accumulating six receptions for 100 yards and a touchdown. In three subsequent playoff games with the Steelers, Burress totaled only seven receptions, 123 yards, and one touchdown.

Burress’s 1,008-yard season in 2001, combined with Hines Ward‘s 1,003 receiving yards, gave the Steelers their first pair of 1,000-yard receivers. The two would combine to accomplish the same feat in 2002. On November 10, 2002, Burress took advantage of an extra 15 minutes of play to set a Steelers franchise record with 253 receiving yards in a 34–34 tie against the Atlanta Falcons. He caught nine passes and scored two touchdowns in the game, and nearly won it but was stopped at the 1-yard line as time expired.+