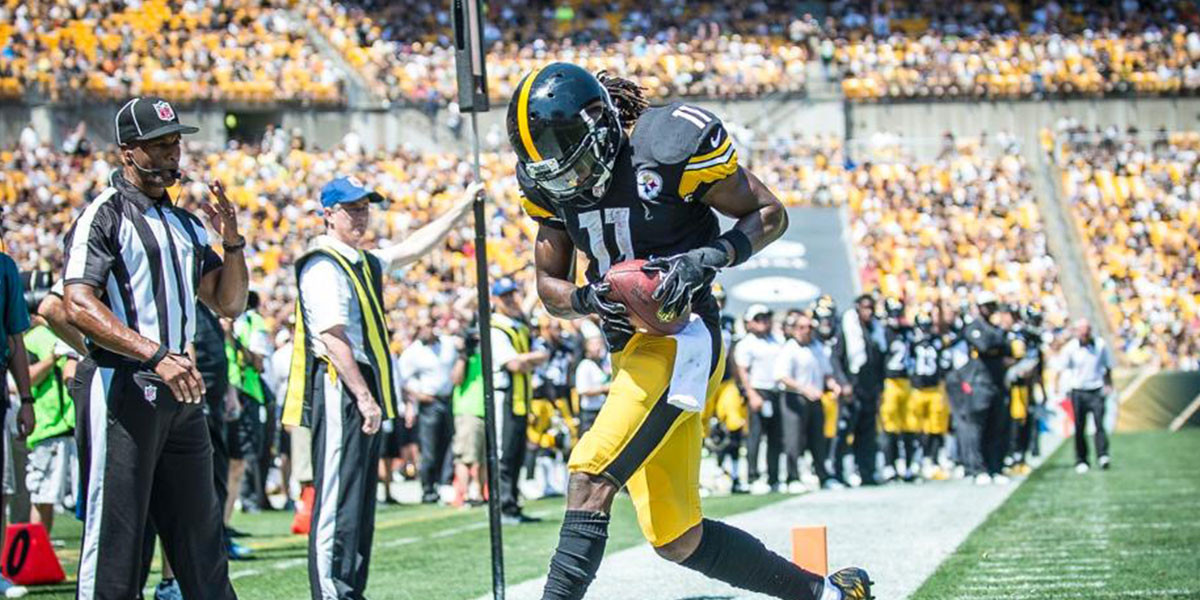 Here are our thoughts on the Steelers second preseason matchup:

Despite a rocky start (which included a tipped pass which was picked off in the opening minute of the 3rd quarter) as well as several WRs dropping passes, Jones orchestrated two scoring drives, the latter being the game winner, on his way to his best passer rating of the preseason. He again looked composed and put some passes right on the money. His other interception, on the two-point attempt, appeared to be miscommunication with Tyler Murphy, so I won’t direct blame without knowing which of the two deserves it. (More on Murphy below.)

Can they look any better at this point? The answer to Green Bay’s scoring drive, a bomb to Antonio Brown (which was called back due to a ticky-tack offensive pass interference call) is the 2nd of such plays in 2 weeks and perhaps a peak into what might become John Madden Football type numbers for the Steelers offense. Ben Roethlisberger looks incredibly sharp. Markus Wheaton broke out in this game with a few key catches, one a route he broke wide-open for a touchdown. Big Ben said it might be Wheaton’s breakout year: I was calling for this last year, and he is quietly a very good receiver who doesn’t get the same splash plays and/or attention which Antonio Brown and Martavis Bryant do.

With a mix of veterans and hopefuls on both sides of the ball, the Steelers got to the QB 5 times. Heavily criticized OLBs Jarvis Jones and Bud Dupree had a solid game, and as I said last week, James Harrison looks like an ageless monster out there. Harrison contributed to the the team’s first points Sunday, when the defense caused a safety by the Packers.

The team might also have a good problem at corner. Considered the weakest position on the team going into this season, Cortez Allen appears to have regained his old form. Antwon Blake had ample playing time, and also made several plays. B.W. Webb and Kevin Fogg are making their case to be on the 53-man roster. Doran Grant played a good game as well. This is in addition to William Gay, the defacto number one corner, and Brandon Boykin, who was acquired from the Eagles.

The other half of the secondary also looked impressive. Shamarko Thomas was on his game Sunday. And another roster hopeful, Ian Wild, had a sack.

Does anyone want a roster spot as a receiver? I can’t tell. At times, the young guns look great. At other times, not so much.

The lack of concentration by Sammie Coates, Tyler Murphy and Shakim Phillips, at times, is mind-numbingly frustrating. It’s like a coin-flip as to whether one of these guys will make a spectacular grab or drop a ball thrown at their numbers. Each had a drop that made fans shake their head. Then each had great plays. But the “bad” in all this is, none of the three really appears to stand out from one another.

Tyler Murphy, in particular, has surprised me. A converted college QB, he is making a splash as the next “Slash” type player at WR. He may have made enough of an impression to at least make the practice squad, in my opinion.

Coates, on the other hand, is being tested a returner, and doesn’t appear to be doing any better than the other options available (such as Dri Archer.) The team will continue rotating players until they find the right combination. (Phillips might be the odd man out.)

Injuries. God do I pray these guys don’t get hurt, but both sides of the ball were suspect to team-shattering injuries. For the Packers, it was WR Jordy Nelson hobbling off the field with a potential ACL tear, which could cost him the entire season. Steelers C Maurkice Pouncey and DE Stephon Tuitt, both left Sunday’s game with ankle injuries. Tuitt’s is intially thought to be the less severe of the two, keeping him out for a possible 3 weeks (and perhaps back in time for the team’s opener against New England.) Pouncey, on the other hand, may need surgery. Depending on his injury, he could be out anywhere from weeks to months.

Aside from injuries, this was the best overall performance of the Steelers preseason. The team appeared to be more “complete.” Each phase of the game, including offense, defense and special teams, had it’s share of good and bad, but less bad than good. That’s what is needed to win games, and this is precisely what the Steelers did on Sunday.

The dress rehearsal for the regular season will be played Saturday in Buffalo. We will have a preview on this site later this week.