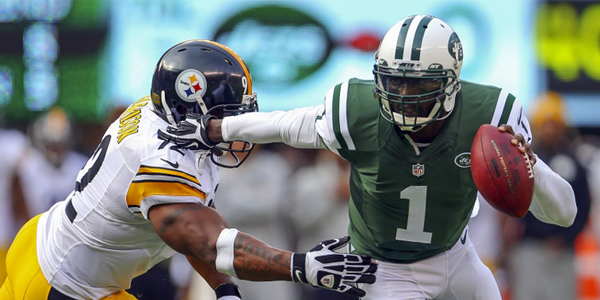 Michael Vick: By The Numbers

The news is official: Michael Vick is a Pittsburgh Steeler

As previously argued for at the end of July, in my column “Michael Vick: Steeler Material?” I had justified that Vick has comparable measurables to former Steeler backups Charlie Batch and Byron Leftwich. The former, Batch, is a beloved figure in Pittsburgh, not only for his some of his heroics (such as defeating eventual Super Bowl Champion Baltimore at the ripe old age of 38) but also being a native of the area.

However, some fans do not realize the difference between good and great.

Ben Roethlisberger is great. Without hesitation, I claim he is a future Hall of Famer.

That’s where Michael Vick is a good signing. Even compared to Bruce Gradkowski, the number 2 QB on the depth chart for whom Vick will presumably replace, Vick has more experience and has put up better stats.

To that degree, let’s compare all of the aforementioned quarterbacks, save for Big Ben (who’s numbers are off the charts.)

Charlie Batch’s career was up and down in Detroit for many reasons. The telling statistic is his 19-27 record and 56.0 completion percentage before the Steelers signed him. In his Steeler career, Batch went 6-3 as a starter, but threw as many touchdowns as he did interceptions.

Leftwich was a formidable starter in Jacksonville and boasts the best completion percentage of the four QBs being compared here, before those players joined Pittsburgh. His seasonal QB ratings also favorably compare with those of Michael Vick.

Gradkowski, who was the current backup, gets mostly an incomplete, having not started in a game since 2010. His 2 years in Cincinatti, prior to joining the Steelers, were the worst numbers of his career (save for his short time with the Browns, in which he lost his only start 31-0… against the Steelers.)

Note: Gradkowski has not played in the regular season for the Steelers. Bruce’s was 2 of 3 for 22 yards in the Steelers Wildcard loss to the Baltimore Ravens on January 3rd.

Vick has the best TD-INT ratio of the 4 quarterbacks: before, during and after joining the Steelers. His 14 game-winning drives are the most of anyone in this conversation and his completion percentage in Philadelphia is also the best of any of the QBs runs with any specific team. (I’m using Philadelphia as the benchmark, since we know the dumpster fire that the New York Jets offense was last season.)

It appears that Vick is largely comparable and perhaps superior in many categories, when put up against his peers. This is why I’m completely okay with a 1-year deal for for a 35 year-old player. We do not know the extent of Bruce Gradkowski’s injuries, and when he will return. Bruce has also had limited time to train with the team, and this injury further displaces a player I was already uncomfortable with having as a backup, should Big Ben get hurt.

And while I defended Landry Jones and the progress he has made this offseason, it’s clear he is not a capable NFL starting quarterback, nor should we expect him to be. It’s also why Tyler Murphy is being worked out as a WR and why Tajh Boyd was cut: neither of those players were capble either. And while Landry could fill the role, if needed, but would you rather have a quarterback who measures with up with Charlie Batch or an unproven commodity in Jones, as the worst case scenario?

My thoughts exactly: welcome to Steeler Nation Michael Vick. Continue to be good and it may help the 2015 Steelers become great.

Now it’s time to do work. Look forward to seeing what you bring to the table in these next 2 preseason games.