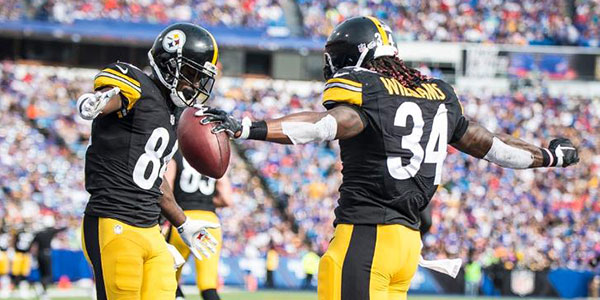 While a lot of fans are looking at this 4th preseason game as terribly disappointing, for me, it felt like the same old, same old.

What as supposed to be a dress rehearsal for the starters, didn’t look like one at all. For a variety of reasons, many players saw limited reps or no reps at all. Most of the starting offense, save for Martavis Bryant and Markus Wheaton, saw limited reps. Stephon Tuitt, Mike Mitchell and Lawrence Timmons were absent on the defensive side of the ball. New acquired QB Michael Vick came in on the offense’s 3rd possession, with 8:42 still left in the first quarter.

Typically we would see a full half from many of the starters on both sides of the ball. Instead, we saw Vick enter early, while Le’Veon Bell and DeAngelo Williams managed a total of 5 carries combined. We actually saw more of Josh Harris and Roosevelt Nix in the background than we would Dri Archer; I don’t expect either of those two to outsnap Archer in the regular season, nor do I see Archer getting more reps than Williams, and obviously Bell, when he returns from his 2-game suspension.

Turning things over to the other side of the ball, the defense showcased such “powerhouses” as Leterrius Walton (6th rounder rookie) and Ethan Hemer (2014 off/on practice squad player) rotating in the mix with the mainstays. Even Vince Williams, a regular on the roster for the last few seasons, made his first preseason appearance in this game.

That’s why I say this game was not a dress rehearsal, yet another job interview for many of the kids who are fighting for a spot on the final 53-man roster. The lineups were all over the board: many of the starters saw limited or no reps, and many of the “kids” had to matchup against the Bills’ first teamers, who were left in for the better part of 3 quarters, as that team still tries to find it’s identity.

And with that said, here’s what little bit of good, bad and ugly I saw in this game.

Geez, just as advertised right? The only problem is, when your first pass (and completion) goes to a player who might be sitting out 4 games, it dampens the mood. I think Vick stated his case as a viable backup and looked light years ahead of where Landry Jones is.

Clearly the star of this game, his performance made me as happy as much as it angered me. Get it together buddy: we’re going to need you. There is no “I” in team. Depending on the final reports, and the punishment, your individual actions could end up hurting this team, based on all of the potential you’ve shown thus far. (For reference: see Josh Gordon, Cleveland Browns.)

Yes, Landry winds up in the good column. He was 7-for-12 for 77 yards and a TD. A couple of passes were once again dropped. His touchdown pass to Bryant was on the money, as was the first down pass right before it. Too bad the backup linemen still get him in trouble at times, but the kid isn’t half bad. He isn’t ready for prime time yet (and may never get that chance) but for holding a clipboard, he’ll do just fine. (I like his chances better than some NFL starters, by the way.)

I’ll be if this guy doesn’t make the team. A 66-yard punt? When is the last time you’ve seen that from a Steeler? After all of this toying around with burned out specialists and converting rugby players over to American football, Berry might finally be the guy we’ve been looking for. Flipping the field has been a problem that no one is talking about, and it’s something our defenses have desperately needed since 2011, where we’ve chewed up punters like I change socks and underwear. (I’ll have more to write about Berry later this week.)

In general, the starters were okay. The first series saw Ben get sacked, but they quickly made way to protect both Roethlisberger and Vick on several pass attempts and helped Williams gain 15 yards on only 3 carries. I feel they’ll be just fine with Cody Wallace holding down the center position, while Maurkice Pouncey recovers from his injury. The “bad” part comes from the entire second half of play, where the team couldn’t generate anything.

I don’t see him returning punts. Maybe not even kicks. Another fumble, which he quickly recovered, doesn’t invoke positive feelings about him potentially coughing up the ball in the red zone to an opponent. That is not what this team, and especially this defense (at this time) appear to need. (Personal note: I was so perturbed by his fumble, that I wrote his name on my notes TWICE!)

This one gets an incomplete, based on the personnel out there. But I saw more growth out of Bud Dupree and Jarvis Jones. Arthur Moats got a very nice rush in the gap next to Steve McLendon early; McLendon maneuvered in a way to eat up 2 Bills linemen, as Moats beat his defender and came in for the sack. On that same play, Jones didn’t necessarily beat his lineman, but he did push him deep into the pocket and forced Matt Cassel into the pressure and eventual sack. There were a few other opportunities were Jones, Dupree, James Harrison and even Ryan Shazier sniffed chances at the QB. It’s better than nothing which is what most of the other roster hopefuls gave us. Thus, the “bad” label for this week.

We lost another kicker, and we lost him early. The team couldn’t attempt field goals or extra points, and boy that was obvious in the final score, among other reasons. It’s back to the unemployment line tryouts, as I was extremely disappointed we didn’t land Connor Barth, who was cut by the Broncos last week and claimed off waivers by Tampa Bay. There will be more kicking competition casualties and the team can only hope to land someone dependable from one of those: one man’s trash is another man’s treasure, or so they say.

The other ugly is how flat the team looked at times. I swear some of the defenders, like Jarvis Jones and Ryan Shazier, need to check their shoe endorsements and find better footwear. Is it just me or do they appear to be slipping and falling constantly? The tackling left something to be desired and I must wonder if this team was experiencing the same shell shock after an injury and controversy riddled week, much in the same way they broke down during 2013’s 0-4 start.

At least, for now, they have one more preseason game and a couple weeks to shake things off. The 2013 squad opened at home, lost 4 starters and then traveled for a Thursday night game in Baltimore and flew over to London to face the Vikings. The 2015 team has one more home preseason game, then opens on a Thursday at New England, possibly against a first-time QB, and then gets a few extra days rest before making a west coast team travel to Heinz Field for a regular Sunday slate. That’s a lot less hectic, and I feel that will help this team mold into who they will be sooner than that 2013 team that just missed the postseason.