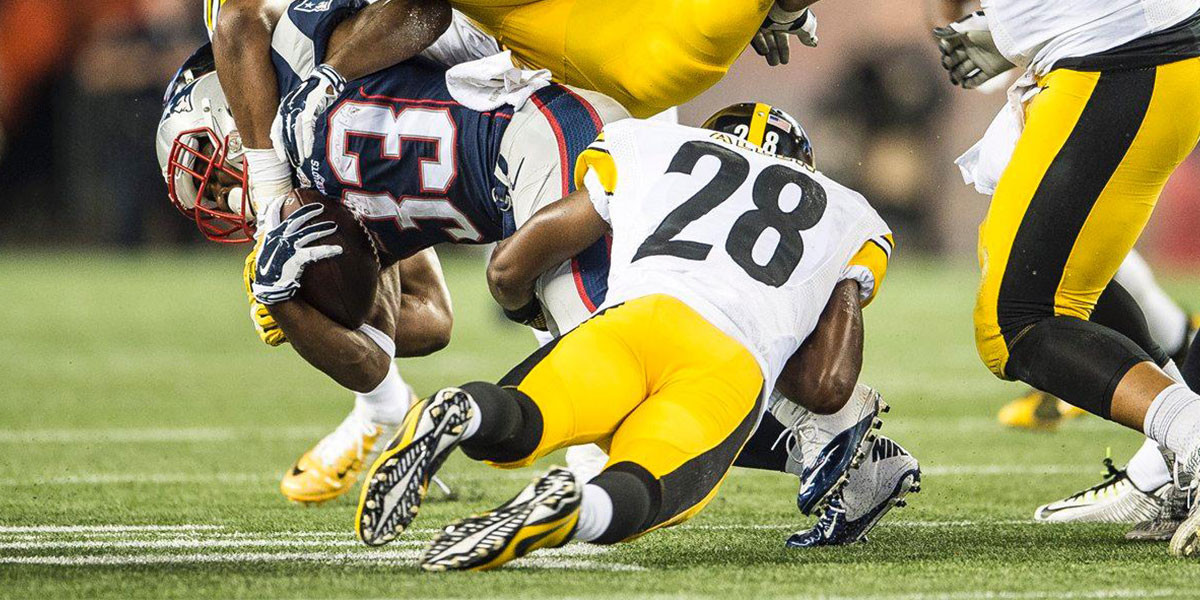 What else can we hear from various media outlets this week?

In my opinion, these articles are silly. Let’s face it: even I haven’t posted anything since last week, because there’s not much to say. The Steelers also played Thursday, so that gives everyone a few more days to start speculating and creating stories out of thin air.

And that’s what we’re hearing now.

First, Ed Bouchette interviews Brandon Boykin, and Boykin appears to be nothing more than a guy who was disappointed in not playing against the Patriots. I don’t read into it, as him causing locker room problems or anything of the sort. He was brought in to play, and he wants to play. (And I’m sure he will.)

But, if history is any indication, the Steelers don’t toss new players into the fray immediately. In the past, they’ve acquired players like Antwon Blake and Brice McCain. McCain, was picked up after the Texans cut him to trim down to 53 before the start of the regular season. He didn’t appear on the field until week 2. Blake was also signed in a similar manner, after the Jaguars released him in 2013: it took Blake until game 7 of that year to get playing time.

I may get flamed for saying this, because the defense did make mistakes, but the coaching staff is going to make decisions to best limit those mistakes. Yes, they still occurred, but going into the game, would you rather go with the player who’s been here and should know the system, play calls, etc. or the guy that’s been here for a few weeks? The coaches are going to make the decision that has less risk, especially against a team that historically makes few mistakes themselves.

Boykin wasn’t exactly a starter in the preseason either. That might not make him happy, but it’s a gradual process. Mike Tomlin doesn’t exactly hand out helmets on game days without the player earning it.

And that’s where Shamarko Thomas is right now. His preseason was incredibly spotty, with missed assignments and blown tackles. Don’t get me wrong, he looked really good at times too, but we are talking about a player who only played in 4 games a year ago. When you’re playing the defending Super Bowl Champions, are you going to consider the guy who played in 4 games, or the one who started 4 games? (That would be Will Allen.)

So there’s no need to panic about Boykin or Thomas: yet.

Remember, the team on the other side of the ball is stocked with professionals, and those pros. They will catch the ball. They will score. And they won the biggest game on the planet earlier in this same calendar year. So you can’t discredit certain players without giving credit to those guys on the other team, no matter how we dislike doing so.

That’s where I’m at with Cortez Allen. I felt he had a decent game. It’s not as if William Gay was lights out either, and the only big play we say “Tez” give up, was a questionable pass interference, where I felt Julian Edelman had reached backward and attempted to push off.

How the aggressor gets the call is beyond me: Julian had his elbow locked and at Allen’s arm level: everyone try this exercise and make a running motion using your arms. Was Cortez Allen’s arm in a natural playing position? Was he really interfering with Edelman? Your guess is as good as mine. I’m probably beating a dead horse over one call, but that one call put points on the board. Was it Allen’s fault? Maybe. Does that make him a bad CB? Hardly.

And that’s where we stand with a long week between games. Everyone is speculating on the speculative, as we have nothing else left to discuss. Tom Brady might be one of, if not the best QB the Steelers face all year. Rob Gronkowski is a monster of a TE, who can beat any DB or LB.

Say what you will about the defense, but the Steelers had their opportunities and contributed to much of their own demise, with self-defeating penalties and missed scoring chances (including 2 blown field goals.) When looking around the league this weekend, I’d say it was a small victory to only give up 28 points, when considering what some other teams did this weekend (including the highly-touted Seattle Seahawks, who were not playing a Super Bowl contender.)

While we’re speculating, would Boykin or Thomas made that much of a difference? And if so, would that difference have been positive or negative?

That’s why I’m asking Steeler Nation to relax: we have a lot of football ahead of us.