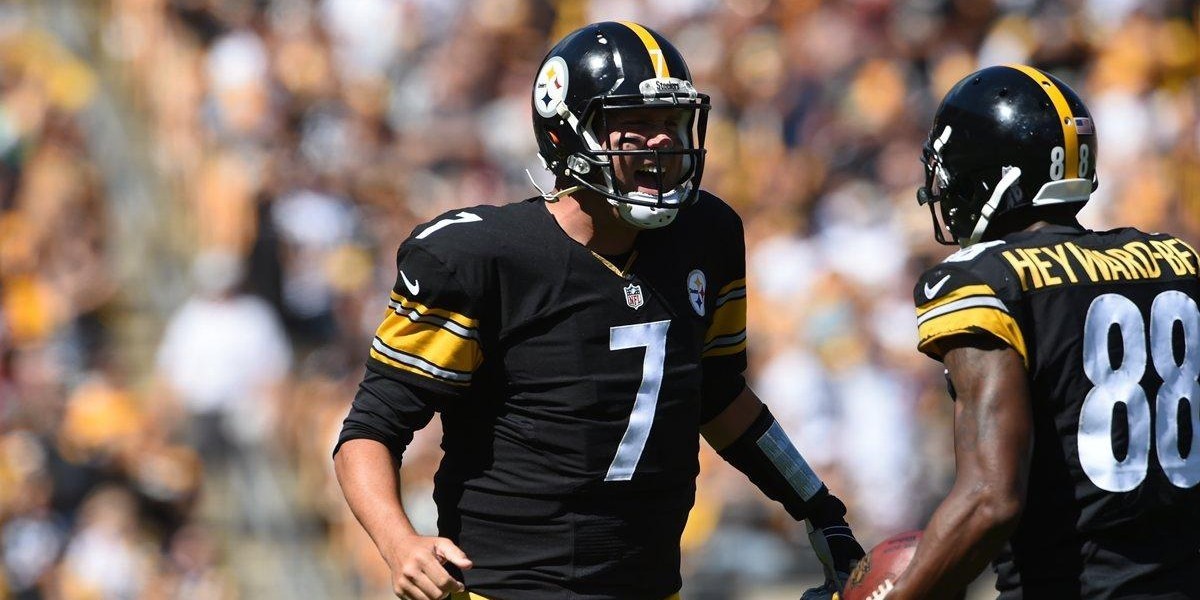 Well, I had said in my game preview, this was an opportunity for the Steelers to make a statement, and they sure did.

You could take a beatdown like this and really ride the wave, but I’d like to stay humble and keep this team down to earth. However, that’s incredibly difficult to do when the offense had the lowest amount of time of possession, while winning, since 1990 AND the defense gave up the most plays to an opponent since 2002.

That shows the potential of this young group, as they will attempt to mature and grow throughout the season.

With that said, there’s not much to dislike this week, but I want to address some of the panic fans had in the 2nd half of this weekend’s game. Some may have felt the defense was playing relaxed, but I was never worried at any point about the long San Francisco drives. I was particularly pleased with the Niners chewing up a second short of 37 minutes in possession.

I sat there and said “let them run more plays.”

That may seem counter-intuitive, but Charlie Batch summed it up best in his post-game show: the Steelers were willing to trade points for clock. Less clock, less chance of a San Francisco comeback. The 49ers inability to efficiently move down the field beat themselves.

That’s something we’re used to saying when Pittsburgh loses, but that would not be the case this Sunday. The Steelers won in every phase of the game, kicking their offense into high gear. The offensive line looked hungry, failing to relinquish a single sack (or even a hit) on Ben Roethlisberger.

The game plan was borderline genius, getting everyone involved, including more passes to DeAngelo Williams, and keeping him on the field with a hurry-up offense and in red zone scenarios. (Last week they thought they could go bigger on New England which backfired with drive stalling penalties, and inefficient play calls.) Will Johnson was left on the sideline this week while Williams collected 3 rushing touchdowns (much to the delight of those who own him in their fantasy leagues… including yours truly.)

The defense was also a finely tuned machine, showing the potential of this retooled group. Stephon Tuitt is growing game-by-game, while the OLB rotation, which at times placed James Harrison and Bud Dupree on the field simultaneously, collapsed the pocket. That’s not to say Jarvis Jones and Arthur Moats were inefficient either: it’s almost as if Keith Butler can swap fresh bodies in at will, which is a headache for the opposition.

Moats, Tuitt, Dupree, Cameron Heyward combined for 4 of the team’s 5 sacks. The 5th sack was contributed by Ryan Shazier, who looked like the player the Steelers selected in the first round last year. It was obvious to me his assignment was Colin Kaepernick. #50 flew around the field and looks like a younger version of Troy Polamalu at times. (Did I mention his speed is scary?)

I also want to give some recognition to the secondary, which started Will Gay, Will Allen, Mike Mitchell and Antwon Blake in place of the injured Cortez Allen. Blake especially, looked like a man possessed with some strong plays both on defense and special teams. He finished with a whopping 11 tackles.

Brandon Boykin saw some playing time as well, but it was recently acquired Ross Cockrell who saw significant reps covering the outside. The secondary wasn’t perfect, but as I’ve said before, they only have to be good, not great. Since the pass rush was really good this week, the secondary reaped the benefits.

I also wanted to give a nod to punter Jordan Berry. Berry’s first punt forced former rugby star Jarryd Hayne to fair catch at his own 15 in the first quarter, but it was Berry’s third punt that opened eyes at Heinz Field. Backed up to their own 6, Berry was forced to kick from his own endzone. Niners returner DeAndrew White hovered around the 50 yard line, and I immediately uttered to my friends: “he’s going to have to back up.”

Boy did he ever… Berry blasted the punt 62 yards, which was then only returned a measly 4 yards when the coverage team nabbed White. That my fellow readers, is a weapon and the missing part of the arsenal the Steelers have needed for years. San Francisco went from having Pittsburgh backed up to their goal line, to starting with the ball on their own 36 yard line. (Wow.)

Too bad I can’t say the same for Josh Scobee at this point, but I will defend him by pointing out that his missed extra point is 1-of-9 missed tries in the 30 regular season games played so far. What used to be an automatic 1-point attempt has now become a burden for many teams: the rule is experimental for this season and I’m not sure we’ll see it become a permanent fixture when a game can be decided a much, much shorter 3-point field goal try.

Up next for the Steelers is another potential statement game, against the St. Louis Ram, who surprised us last week by beating the Seattle Seahawks in overtime, but dropped to the Washington Redskins on Sunday. Stay tuned for our analysis on the Rams game later this week.