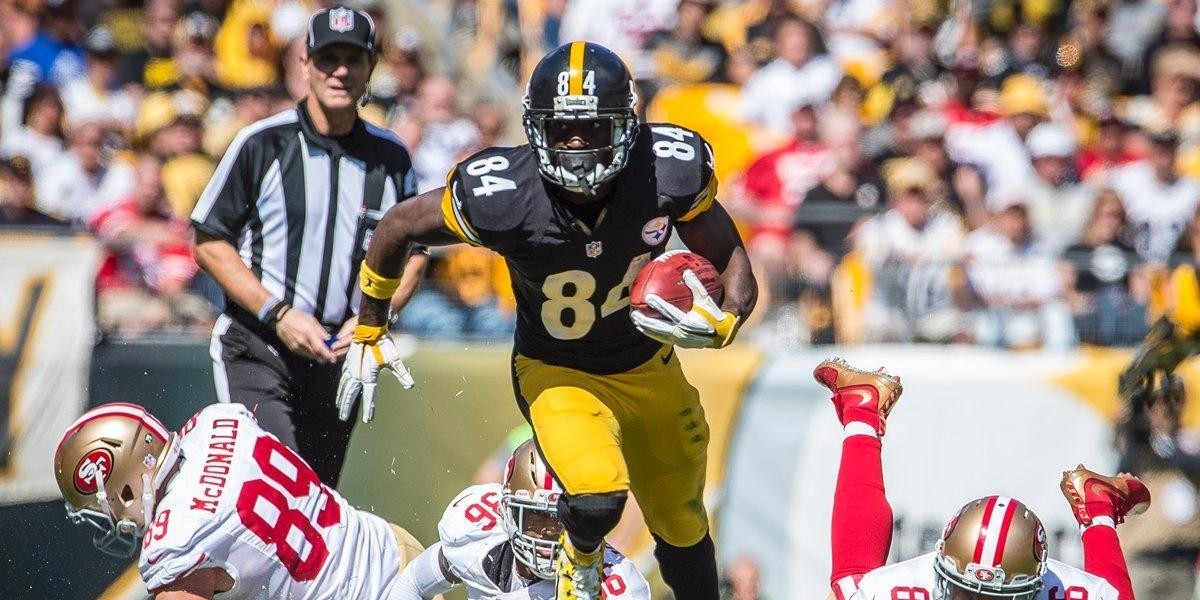 With the news coming out of Friday’s practice, we can be optimistic and pessimistic at the same time.

The return of Le’Veon Bell is huge news. Bell, widely considering one of, if not the best RB in the NFL, comes back after a 2-game suspension, in which RB DeAngelo Williams more than adequately replaced him. Bell should get close to his usual workload, but we’re lead to believe that Williams will also get some carries.

The combination of the two should prove to be interesting… and productive. Despite having a formidable defensive front, the Rams are 30th in rushing defense, having gave up 182 of their 306 yards to the Washington Redskins last week. Their passing defense is 10th in the league, facing more ground-oriented teams thus far in the Redskins, and week 1 opponent Seattle.

Where the glass is half empty, is that Ryan Shazier has been ruled out of Sunday’s game, after flying around the field and looking like a defensive stud. I’m not sure if Mike Tomlin made this decision due to any severity to Shazier’s shoulder injury, or if he’s letting #50 rest a few extra days to prepare for a short week in which the Steelers face the Baltimore Ravens next Thursday. I sure hope Shazier isn’t made of glass…

In regard to the match up, the Rams aren’t scoring points, while they are giving up a lot of them. St. Louis is 19th in offensive points scored while they relinquish the 25th most in the league on the defensive side of the ball. Their fortune could change if first round pick Todd Gurley or last year’s top receiver, Brian Quick, play.

I’m more concerned with the latter, as that could open up weapons such as WR Tavon Austin or TE Jared Cook. I’m not as concerned with Gurley, because the Rams will do as they do with Tre Mason or the rest of the stable of their running backs. A rookie, might make it easier on the Steelers defense, particularly in the passing game, where I wouldn’t expect Gurley (if he plays) to stay in and pick up blocks.

That could open things up for the Steelers defense, who happened to come alive against San Francisco with 5 sacks. They will need pressure, but they may not get it: St. Louis has only given up 2 sacks in each of their 2 games. Regardless, 2 is all I think we’ll need.

On the other side of the ball, the Rams defense got to Russell Wilson 6 times in the opener, but only twice did they get to Kirk Cousins. I have a gut feeling they won’t get to Ben Roethlisberger this week either.

Wilson might be a mobile quarterback, but neither of those teams has the weapons in place that Pittsburgh does. Their game plan will be a lot like last week’s, with plenty of 3 WR sets and spreading the defense out while Big Ben spreads the ball around. Adding Bell, in effect, will make things more chaotic for the Rams defense.

In all, I see a moderate day for a defense without Shazier, but I would be disappointed to not see the same offensive display that we witnessed against San Francisco last week. There is no real familiarity between the two teams and the Rams were unable to contain speedy Washington rookie RB Matt Jones a week prior. What happens when Antonio Brown, Darrius Heyward-Bey or Bell get the ball in space?

Let’s just hope the Steelers are prepared and “up” for this game, unlike they had been against “lesser” opponents during much of 2014.