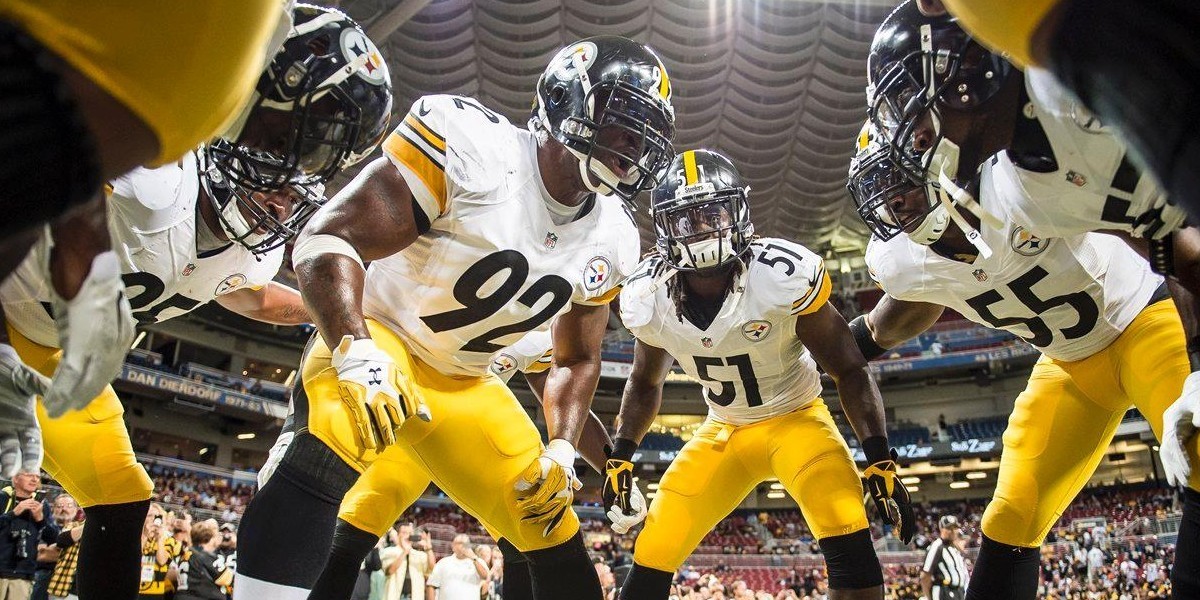 There was moderate controversy when the Steelers moved on from longtime defensive coordinator Dick LeBeau this offseason, much like when Todd Haley took over the OC job from then offensive guru Bruce Arians. It took Haley a couple of years to get a young offense working on all cylinders. I believe Keith Butler is already on pace with doing the same for the defense.

Given the amount of injuries both sides of the ball sustained, I always believed the improvements would be a work in progress. When the offense sputtered, it was due to injuries to the offensive line, a devastating loss of TE Heath Miller, and countless other missteps.

The defense has had similar growing pains over the last few seasons, including losing third round pick Sean Spence for two full seasons, along with multiple games lost in their previous two first round selections Jarvis Jones and Ryan Shazier.

The absence of the youth who were counted on to replace leaving/retiring players left the Steelers in a jackpot. Combine this with the theory that LeBeau’s defense became “stale” and “predictable” and the results were less than stellar.

Fast forward to this season, where former linebacker coach Butler took the reins of the defense. Promising “new wrinkles” Butler’s defense is already better than the 2014 defense.

The average points allowed is down, which is more impressive considering the Steelers opponents in 2014 were the Browns, Ravens and Panthers versus the Patriots, 49ers and Rams. I’m going to go glass half full on the optimism by stating 2014 opponents the Steelers allowed more points to, were worse offenses than the 2015 slate.

First, the Cleveland Browns ended up 27th in the league in points scored, averaging 18.7 per game. The Ravens were 8th with 25.6 and Panthers 19th with 21.2. The Steelers gave up 27, 26 and 19 to those teams respectively, almost all above average. Conversely, the New England Patriots are averaging 39.7 and only scored 28 on Pittsburgh, while the 49ers put up 20 on the Vikings before coming to town (Steelers allowed 18) and the Rams had a total effort of 34 on the Seattle Seahawks, widely considered one of the league’s best teams (they were in the Super Bowl last year, just like the Patriots.)

While the Rams are the Rams, I’d point out the Patriots are a better team than the Browns or Ravens were at this time last season. While New England may have been able to put up more points, I’d say the Steelers could’ve too. Would’ve, could’ve… didn’t happen.

As for the other positives, the Steelers have not allowed a 100 yard rusher this season. They have not given up 100 yards to opposing running backs either. Last season, the Browns and Ravens hung 191 and 157 rushing yards on the Steelers defense. The Panthers mustered 42 yards in 2014, but that was only on 10 attempts: 2 of those were by Cam Newton, as the Panthers oddly abandoned their running game.

Through this season, only the 49ers have had over 100 yards rushing, with 50 of those coming from QB Colin Kaepernick (9 attempts.) The Steelers held the other San Francisco runners to 60 yards on 20 carries. The Patriots attempted 24 runs, good for only 80 yards. The Rams, on the other hand, had the least success, with 18 attempts for 71 yards, with the bulk of those carries by Tre Mason (9 carries, 16 yards) and rookie Todd Gurley (6 for 9.) Outside of a QB scramble and a WR end-around, the Rams running game was contained, as has been the trend through 3 games thus far.

Apparently, the run defense might be fixed. On the other hand, the pass defense is the weak link, as seen in the numbers. However, the silver lining is the pass rush, which has brought in 3 more sacks than this same point last season. The telling sign will be, if the Steelers defense can pressure Joe Flacco, behind a Ravens offensive line who gave up zero sacks to Pittsburgh in their week 2 game last season. If the Steelers can come away with at least 2 sacks and again hold the opposing runners to under 100 yards, I believe the defense is on their way toward a rebounding from previous years.

It was believed that the offense would need to score 30+ points because of a poor defense. Now, with Ben Roethlisberger injured and out at least 4 weeks, the defense will be relied upon as they had in the past, when quarterbacks such as Charlie Batch won with a strong defense supporting the offense. If the Steelers D continues their current trend, while shoring up the pass defense, they may do so.