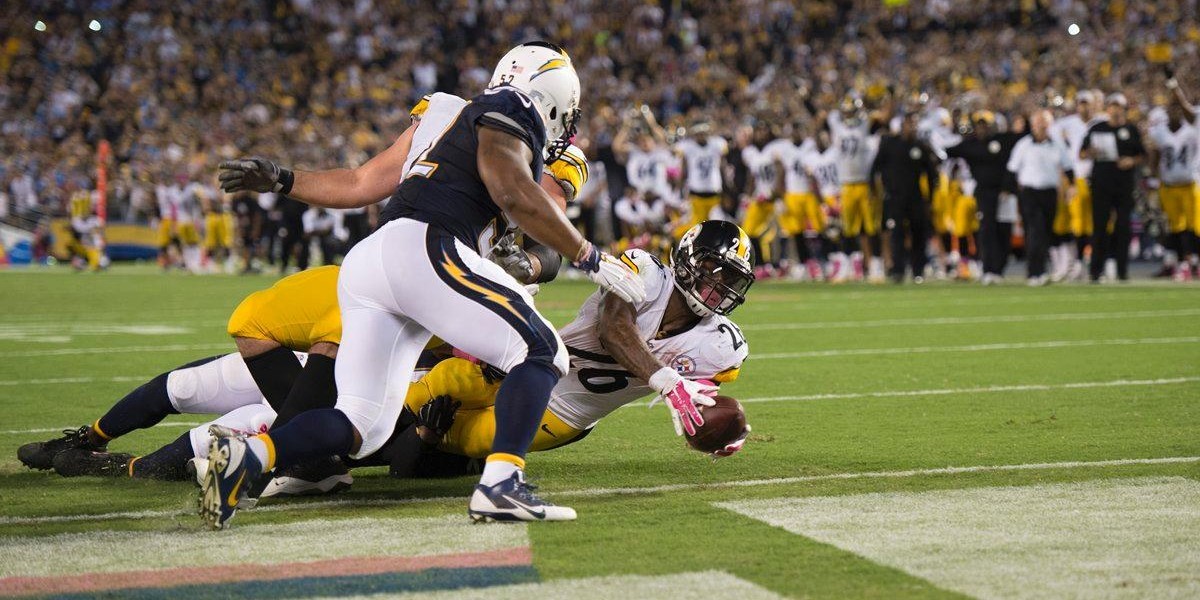 I have no nails left and nearly suffered a heart attack.

For 2 weeks in a row, the Steelers have sent me into a tizzy, waiting until the very final play of a game to determine their fate. Minus Ben Roethlisberger, we all knew anything could happen, and we could only help but to weather the storm without the Pro Bowl QB at the helm.

Last week, the Steelers put on an ugly offensive display at times, largely criticized for not putting the ball in the hands of their best players to win the game. Much like Pete Carroll was chastised for not using Beast Mode in the Super Bowl, Mike Tomlin and Todd Haley were ripped for not handing the ball to arguably the best RB in the league, Le’Veon Bell.

That script changed Monday night. As Michael Vick showed an inability to move the offense down the field, the positive vibes came from a defense that was supposed to be awful, having lost all of their veteran leadership in players such as Troy Polamalu, Brett Keisel and Ike Tayler.

Instead, the defense has been the strong suit of the team after Ben’s injury. On the field for 33:43 in 90+ degree heat, they held the Chargers to 20 points, while forcing 2 turnovers, one of which as a pick 6. While the started to succomb in the the 2nd half, that’s hardly blame to place on them, as the offense couldn’t stay off the field, and thus, give them enough rest.

On the defense, I wanted to acknowledge a few players. Cam Heyward was an absolute monster. There were multiple plays where he dominated opposing linemen: it looked like a man against boys.

Jarvis Jones, who has been getting the backfield frequently, was finally the beneficiary of a team effort, with a sack and a strip fumble of Chargers RB Melvin Gordon. Jones, along with James Harrison, play on the right side of the defense, while a lot of defensive coordinator Keith Butler‘s pressure had been coming from the left (a la Arthur Moats and Bud Dupree.) With San Diego having a banged up left side of their offensive line, the match up was as anticipated and Jones finally gets some recognition on the stat sheet, as opposed to the plays he has been making which often go unnoticed.

Side note: have you ever seen the Steelers defense get so many clean, unblocked attempts at a QB in recent years? Butler’s system appears to be working…

Ross Cockrell and Antwon Blake both had their ups and downs in this game, but it’s worth noting each made the big plays when it counted.

On offense, Le’Veon Bell carried the team as we needed him to. Obviously, the last play is the one that will stick in everyone’s mind: a gutsy, but brilliantly called “all in” play without a QB in the game… what would’ve happened there is anyone’s guess, which is exactly what it made San Diego do. Kudos to the offensive line for creating the small gap needed to get the half yard for the game-winning score.

And kudos also to Michael Vick for hanging in and not giving up. It was a rough path to the end, but he made several clutch throws, along with his only scramble, the big 24 yard scamper down to the San Diego 17, which put the team in a position to at least tie… but it was actually for the win.

Last but not least, a game ball has to go to special teams. Kicker Chris Boswell had to have felt the pressure of Steeler Nation bearing down on him, and making that clutch field goal was the difference between winning and losing. Punter Jordan Berry had a brilliant night as well. His ability to flip the field, leading the league with punts inside the 20, was invaluable to the defense and their ability to hold San Diego to little or nothing, on most of their drives.