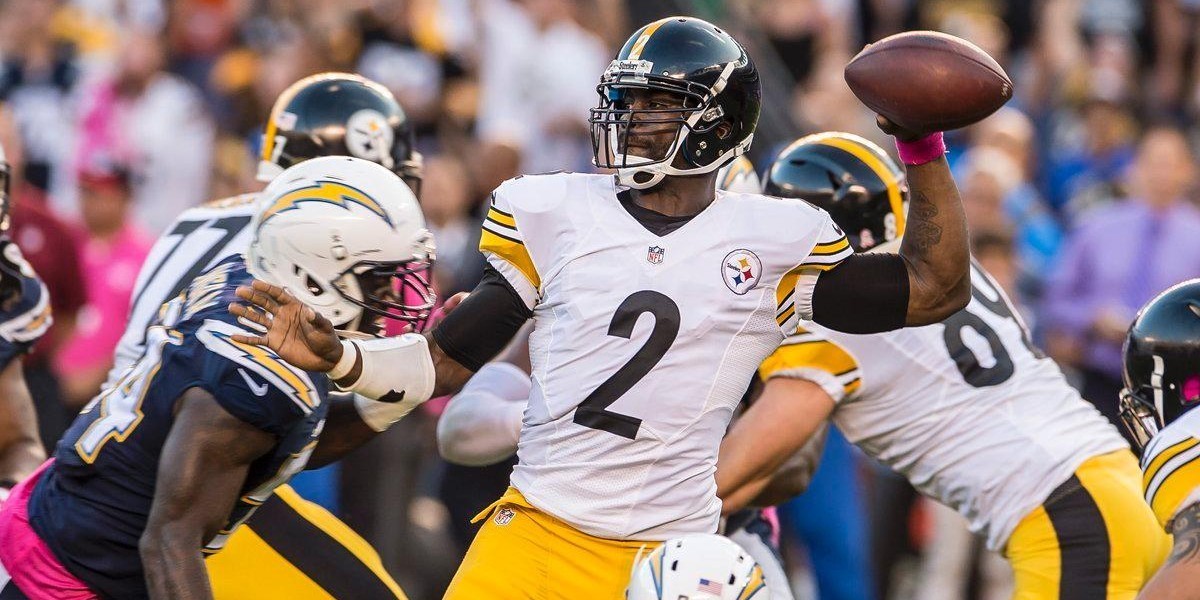 Momentum and frustration. These words describe the 2015 Steelers to a “T.”

The frustration of seeing another injury report with Ben Roethlisberger and Ryan Shazier listed as out. More frustration knowing Maurkice Pouncey may lose more time, possibly the entire season, due to another ankle surgery. Even more frustration with veteran safety Will Allen listed as out, possibly for several weeks, with Robert Golden the next man up: Golden will make his first NFL start.

The momentum of getting Le’Veon Bell back, earning a win with Michael Vick at QB, nearly 2 wins, but momentum of Chris Boswell making the kicks Josh Scobee didn’t. Momentum playing at home and knowing Martavis Bryant might be the deal-breaker he was last season, as Bryant seeks his first start of the year after suspensions and injuries.

At stakes for the Steelers this Sunday is merely keeping pace with the 5-0 Cincinnati Bengals. Pittsburgh’s overall record must remain as unblemished as possible while the Bengals remain perfect. However, a loss wouldn’t be nearly as crushing as it would’ve against San Diego, as the Chargers are both an AFC and common opponent with Cincinnati.

I will point out that a win isn’t out of the works either. The Cardinals are 4-1, and look unstoppable… then you realize their record is by virtue of playing some of the lousiest teams and/or defenses in the NFL: 49ers, Lions, Bears and Saints. Those 4 teams have combined for 4 total wins coming into week 6.

The lone goose egg on Arizona’s year came at the hands of the St. Louis Rams. The Cards ran up first downs and tons of yards on the Rams, but came up short on the scoreboard after Carson Palmer was sacked 4 times and the team turned the ball over 3 times. Rookie Rams RB Todd Gurley ran for 146 yards while QB Nick Foles had 3 touchdowns on only 24 attempts. All of this should sound familiar, as Vick only had 26 attempts and Bell rushed for 111 yards last Monday against the Chargers. Like the Rams did to the Cardinals, the Steelers conceded more first downs and total yards while controlling the running game on both sides of the ball and thus the clock.

This gives more optimism heading into Sunday’s encounter with “Steelers West” and former OC Bruce Arians making his first appearance as an opposing head coach at Heinz Field. It will be on the Steelers to prove they made the right decision in letting Arians go while hiring current OC Todd Haley. Haley has help, as the offense will definitely benefit from the return of WR Bryant, who had a good rapport with Vick throughout the preseason. This should also free up Antonio Brown, who has all but disappeared without Big Ben as the signal caller; drawing double coverage everywhere he roams. It will be up to the offensive line to give Vick time and for Vick to protect the football (he cannot throw errant, “should’ve been picked,” passes against the Arizon secondary.) Bell will once again be the “bell cow” and if Arizona hasn’t figured out it’s run defense, he could once again have a huge day. A victory may depend on it.

The defense will also ride the upward momentum trend from the Chargers victory, where Antwon Blake returned an interception for a touchdown and the Steelers sacked QB Philip Rivers twice. If the defense can get to Palmer and the offense can move the ball, this is clearly a winnable game. If the offense sputters, this could come down to another defensive struggle, of which I’m not sure our team, on one day less rest, will be capable of standing their ground.

Of course, home field advantage will play it’s course, as well as the Cardinals being on the 2nd game of their East Coast trip: the team opted to stay in West Virginia while preparing for this week, after previously playing a 1pm start in Detroit last Sunday. While the travel should play a role, it won’t have as big of an impact as it might have been if the Cardinals weren’t in the Eastern time zone for the entire week.

In conclusion, the Steelers have a game that might be played tight to the vest. It’s a winnable contest against what I feel is an even opponent, if the Steelers were healthy. Since they are not, this could still be anyone’s game. My gut tells me this is the calm before the storm like last season, where the Steelers opened up on another highly touted opponent who came to Heinz Field: the Indianapolis Colts. I have no other reason to have this gut feeling other than the Colts game being Martavis Bryant’s second NFL game: he scored a touchdown the week prior against Houston and 2 against Indy. Maybe my intuition feels he could be the make-or-break player in this game as well.