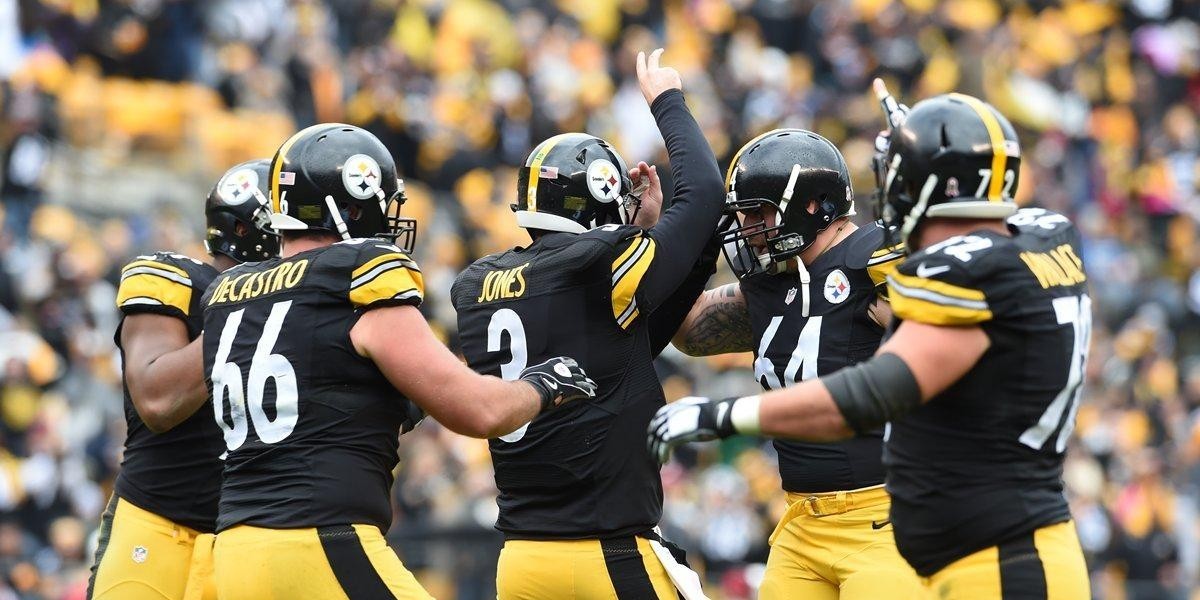 Well, if that game wasn’t a rush, I’m not sure what else is.

With the win over the Cardinals, the Steelers improve to 2-1 without Ben Roethlisberger. During this Ben-less period, Michael Vick had all but a handful of anemic plays, and the offense sputtered and stalled. In the meantime, some were calling for Landry Jones, thinking he couldn’t possibly be any worse than Vick.

Before I touch on that subject, I want to say that I was optimistic about the Michael Vick signing. I saw similar statistics to when Charlie Batch and Byron Leftwich were brought in as backup quarterbacks, and also realized the value of having a true veteran quarterback on the roster, rather than a third-year QB who never took an NFL snap in Landry Jones.

My optimism was somewhat rewarded when Vick showed flashes in his 2 starts this season, with a pair of touchdown passes to Darrius Heyward-Bey and Markus Wheaton. Vick took the team on his shoulders in San Diego and somehow made the plays necessary to help the Steelers in that game.

I also defended Landry Jones’ play during the preseason. When others were overly critical of the team keeping a third QB on the roster, I had mentioned how Jones looked much more comfortable than in years past, throwing from the pocket, making accurate throws both short and long. The offseason helped Jones immensely, as the Steelers had an extra scheduled preseason game. Along with an injury to Bruce Gradkowski, Jones saw a lot of playing time. That opportunity equated to Jones logging the most preseason minutes of any QB. (The Patriots Jimmy Garoppolo logged a ton of minutes as well, due to the then looming Tom Brady suspension.)

However, those extra snaps didn’t stop some from calling for Landry’s dismissal; one year ago, I was on-board with the former 4th rounder being a wasted pick. But this year, I saw poise, and a lot of dropped passes in the preseason, mostly by players who didn’t make the 53 man roster.

I wondered: what would happen if Jones got to run this offense with the starters? That was seemingly a hypothetical question, one that would likely never get answered, with a future Hall of Fame QB at the top of the pecking order and a 35-year-old journeyman getting signed as the number two signal caller.

A little more than one half of football showed a Vick-lead offense failing to make any significant strides. I’m not even sure where the Michael Vick who threw those 2 touchdown passes or lead the winning drive in San Diego disappeared to. With all of these weapons at his disposal Vick was a miserable 3-of-8. Two completions to Martavis Bryant were also for a miserable 8 yards total, and another screen pass to Antonio Brown lost 2 yards.

Vick’s lack of a passing attack allowed Arizona to put just about every defender in the box to stop Le’Veon Bell. It was about as ugly as the “ugly” portion of this column could get.

Then the unthinkable (or the inevitable, depending on who you talk to) happened: Michael Vick went down in Sunday’s game.

My hypothetical question would get answered as the Heinz Field stadium announcer announced “Now in at quarterback, number three, Landry Jones.”

There was a cavalcade of various cheers, jeers and silence at the unknown. Many fans listen to any talking head, who dressed down offensive coordinator Todd Haley, Vick, Jones and the Steelers defense. Some of those fans were happy Vick was out for a variety of reasons, both football and non-football related. The others were terrified that Jones would all but spell doom toward a Pittsburgh loss.

And there I was, clapping my hands and hoping this young man would do his thing.

And do his thing he did.

After a James Harrison forced fumble (recovered by Mike Mitchell) the Steelers would get the ball on the Arizona 32. Down 10-6, the defense kept the Steelers in the game, and a win was within reach. But the offense had to do something with this opportunity. Who knew Landry Jones was the answer… leading the team on four consecutive scoring drives…

(I know, even I had to read that twice!)

Working with the short field, Jones found Martavis Bryant with his second-ever NFL pass attempt, a strike for an 8 yard touchdown. His next attempt, on a two-point conversion, would be intercepted and thus, there was still skepticism as the Steelers took their first lead of the game, 12-10. This mistake didn’t rattle Jones either, but I have to wonder what might’ve happened if the decision to go for 2, instead of kick the extra point, came into question.

The same cavalcade of cheers, jeers and silence came on Jones second series, but those cat calls weren’t for Landry. On a 7 play, 26 yard drive, Jones completed two passes, and setup an almost un-thought-of 51-yard field goal attempt, which Pittsburgh’s 4th kicker this season, rookie Chris Boswell, hit down the middle, as fans held their breath. (Even the near-perfect Shaun Suisham had difficulty with 50+ yard field goals in this stadium.)

The Cardinals answered with a field goal of their own, but it was Jones’ 3rd series which reminded fans of players who all but disappeared since Vick took over for Big Ben. Completing 4 straight passes, Jones found Bryant, Brown and Heath Miller in a 13 play, 68 yard drive which ate 7:37 off the clock and ended with another Boswell field goal.

This column already sounds like something out of a fiction piece, where a 3rd string QB and a rookie kicker were a large part of a team victory, but it was the next Arizona possession which iced the win with another improbable hero. S Mike Mitchell, largely criticized for his play last season, has had a career turnaround and made the most of this game. With a fumble recovery already on his resume for the game, Mitchell disguised a coverage on a 1st-and-10 from the Pittsburgh 20, when the saftey picked off a Carson Palmer pass intended for John Brown.

The play capped off the 3rd time the defense took the ball away from Arizona, in a game where this side of the football was missing 3 defensive starters (Ryan Shazier, Jarvis Jones and Will Allen.)

And while Landry Jones got his first NFL reps, there was another player who saw his first start, Robert Golden, who also deserves a ton of credit for his play. Golden played every defensive snap on Sunday, adding a second-most 7 tackles. The defense gets the game ball for holding the Cardinals offense in check, allowing Pittsburgh the field position to score early field goals which kept them in the game.

Of course, the return of Martavis Bryant was huge, as he made the play that put the nail in the coffin for the Cards, out-running everyone on the defense, blowing by at least 5 Arizona defenders and leaving the equally speedy Patrick Peterson in his dust.

In the field position department, punter Jordan Berry, other than his ugly first punt (31 yards) deserves a mention as well, blasting 4 other punts, one of which landed inside the Arizona 20 and another blast which sailed 79 yards, for a touchback… but 79 yards! Geez…

Overall, I’m ignoring the offensive ugliness, which most of us have already attributed to Vick. The defense and a few young, inexperienced players (L. Jones, Boswell, Golden) were truly the “next man up” and contributed to complete team effort to knock off one of the NFC’s top teams.

Edit: I completely overlooked Alejandro Villanueva, who took over at LT when Kelvin Beachum tore his ACL in the second quarter. “Sasquatch” as I have nicknamed him, was overlooked because he didn’t do anything right or wrong for us to notice him! And that, I’d surmise, is a good thing, especially when the LT position became the “blind side” protector once Jones came into the game for Vick.