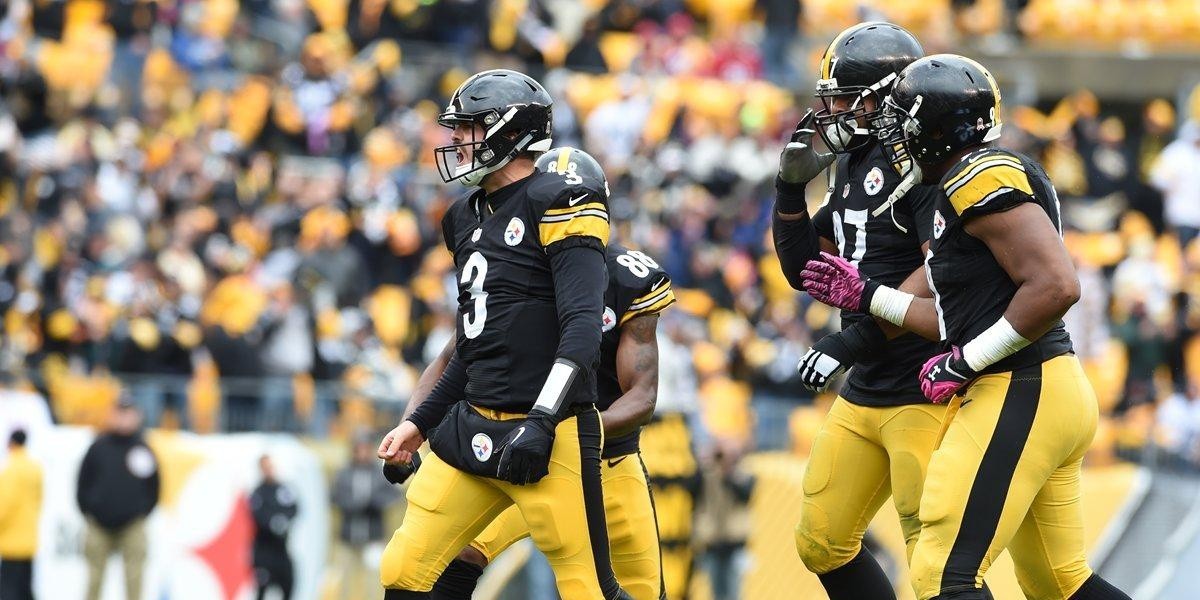 Well, well, well. There’s a QB controversy in Pittsburgh, but it’s unlike any other position controversy you may see in the league this year. (And it’s not quite what you think it is!)

First things first: without a doubt, Ben Roethlisberger is the team’s number 1 quarterback. There is no controversy there. However, Big Ben is in week 4 of a 4-6 week recovery from an MCL sprain and bone bruise.

Michael Vick, who was signed as the team’s #2 QB is nursing a small hamstring tear, suffered in last Sunday’s game. Vick came in to relieve Roethlisberger in the week 3 contest against the Rams, as well as start the team’s next 3 games against the Ravens, Chargers and Cardinals.

Landry Jones, a fourth round draft pick in 2013, took his first NFL snaps in relief of Vick last Sunday. While Vick engineered a come-from-behind victory in San Diego, he has otherwise had lackluster performances over his nearly 12 quarters of football, at the helm of what was considered going into the season, one of the league’s most potent offenses. Jones stepped in and lead this same offense to four consecutive scores (2 touchdowns, 2 field goals) in a shorter period of time, while also attempting (and completing) more passes than Vick had earlier in the game.

It appeared that the coaching staff had more confidence in Jones, and that Jones had more confidence in himself, than Vick did in his own ability. Jones instantly stepped in and looked unphased, making reads and calling audibles. Because of his performance, coach Mike Tomlin announced earlier in his press conference that Jones would “presumably” be the starter for Sunday’s game in Kansas City.

This is where the controversy begins: what is Ben’s role?

Ben Roethlisberger is pining to get back into the starting role, but is apparently a doctor’s decision as to whether or not he will play on Sunday. If the staff were to suit up Ben at all, it’s all but an admission that he is healthy enough to play. If he can play, he starts. There is no other option. You can instantly rule out the possibility of Jones starting, with Ben listed as a backup.

The next controversy: who is the backup and/or emergency quarterback?

If Ben isn’t healthy, he’s out. Vick is also on the shelf and will be all but ruled out for this game. This leaves Jones as the only QB option.

That is improbable, and with Vick admitting he is only a week away, along with Roethlisberger nearly back to full health as well, the team isn’t likely to sign another QB to the roster in an emergency role. If you can’t suit up Ben for any reason other than to start, and if Vick isn’t 100%, you don’t want him as the backup QB either.

All signs point to practice squad member Tyler Murphy being called up and activated for the trip to Kansas City. Murphy, a former collegiate quarterback, was a WR conversion project during the preseason, and actually took a handful of snaps as the QB during those games. In Tomlin’s press conference, he answered a question as to whether or not Murphy was told to keep up with the playbook, as a QB, to which the coach replied “yes he has.”

This leaves the Steelers with only two options for Sunday’s game against KC: sit or start Ben. It’s going to be up to the docs to see if Ben is up to speed and if recent history suggests anything, Ben will rush himself on the field, sometimes before he is ready. That might not put the team in the best position, which is why the decision to play him will be huge. If Jones is capable of performing on a level that he did in 1.5 quarters against a top tier Cardinals defense, the smart money may be on Landry starting, and Ben sitting. Either way, Vick should be sitting, and Murphy should get a helmet.

In conclusion, if your future HOF QB is not healthy, you risk losing the game and losing him for a longer time period, perhaps even the season. If he is healthy, you want your best players on the field to give you the greater opportunity to win.

Needless to say, I’m glad I’m not in any decision making process, as this is not an easy one.