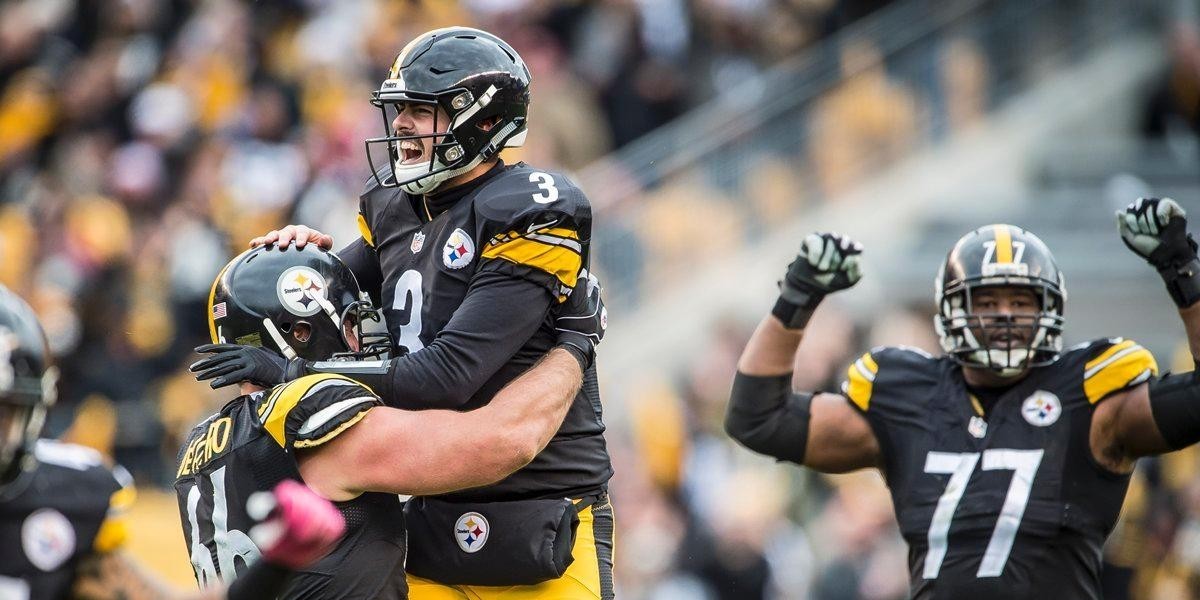 My cousin, who is an indirect contributor to the articles I write (offering inspiration and keeping me in check) chuckled that I should buy a #3 jersey. The thought of that last season, and even heading into this year’s training camp, was laughable. Up until then, I saw a player who was uncomfortable and mistake prone in brief appearances in the preseason. It made myself (and others) question burning a 4th round selection on a quarterback who may never play. Wasn’t there a greater need when drafting?

However, those thoughts changed after this preseason. Jones was playing with more confidence, and looked more like the college superstar that was drafted in 2013. I remained optimistic that Jones had a future, even when I was advocating for the signing of Michael Vick.Apparently the Steelers did too, keeping Jones for another season. Who knew that move would be one of several decisions that have lead Pittsburgh to this point thus far.

Having conversations with different fans, I still stand by my word that signing Vick was the right decision. I felt the team would benefit from having a veteran backup as opposed to a QB who has never taken a regular season snap. But no one would’ve imagined, myself included, that Jones could be the answer in Ben’s absence. Michael Vick, who started in relief of an injured Ben Roethlisberger, became injured himself.

This opportunity opened the door for Jones to become the backup, and even the starter. Thinking about that back in July or August, most of us would probably throw in our Terrible Towel on the season. However, in November, it appears Vick looked like the uncomfortable player under center and not Jones.

That’s not a knock on Vick. He’s still a talented athlete, but one who is obviously not accustomed to Todd Haley’s offense. And who can blame him? He arrived to the team mid-camp, and when his number was first called, he had 3 days (read: 1 full practice) to get ready. His performance was underwhelming, but he still lead the team to a win over the Chargers.

However, it was Roethlisberger’s understudy for the last 2.5 seasons, Jones, who was be able to step in at a moment’s notice and keep the offense running on all cylinders. We saw Landry calling audibles at the line, throwing balls into tight coverage, and utilizing the weapons around him just as Ben did. But that wasn’t the most impressive thing I noticed about Jones: it is his calm under pressure. Imagine standing on the sidelines for as long as 3 hours, and having your number called in tight games: his ability to come in cold, and assist the team to two wins is a tremendous boost to a team constantly bitten by the injury bug. For what it’s worth, Jones has answered the call and has kept the Steelers playoff hopes alive amidst a conference (and schedule) full of unbeaten clubs such as New England and Cincinnati.

Now this isn’t to say Jones is the future or the successor, or comparable to a future Hall of Famer like Big Ben. They are two different players with different skill sets, and different styles. However, it is refreshing to see that the team was forward-thinking enough to draft a young man, 2.5 years ago, who is now a major contributing factor to the Steelers 5-4 record. Kudos are in order for the entire front office, and also for Jones, who has kept his cool, knew his role, and earned his keep throughout these last 3 years.

Regardless of who starts on Sunday, it’s great to know the team is in good hands, and hasn’t fallen apart like some other franchises when the “next man is up.”