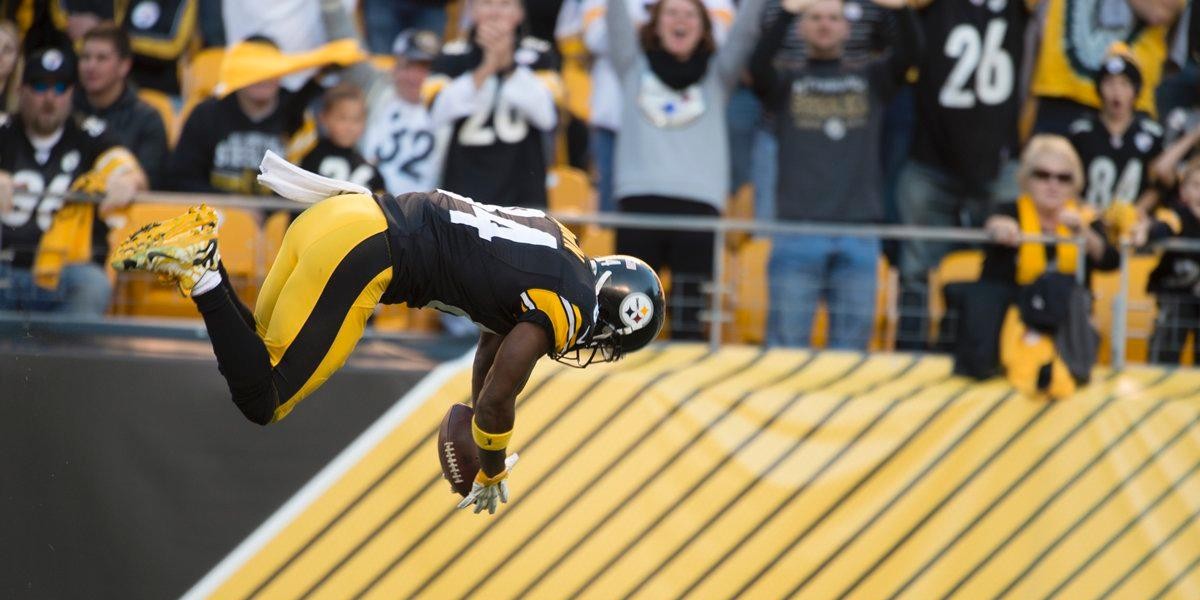 Ben on Brown’s Flip: “Don’t Ever Do It Again”

“You know, he gets caught up in the moment. I said listen, ‘if you get hurt, was it worth it? Whether it’s career ending or season ending, was it worth it?’ And he is so apologetic about it. He’s like, ‘No, I’m so sorry.’ I told him, “AB, that was probably one of the most athletic things I’ve ever seen anybody do…that was so impressive, don’t ever do it again.”

Players and fans alike can get emotional. As part of a celebration, I’m sure we were all as ecstatic as AB was when he approached the goal line. Many will point out that emotion is part of the game. Some were using Mike Mitchell’s sometimes over-the-top antics as an example, but I have less problem with Mitchell doing bodybuilding poses than I do a player putting his health at risk.

At some point, a veteran player such as Brown has to think about the greater good: not only his own well-being, but that of a team that has been rocked with injuries this season. Could the Steelers afford to lose a player such as Brown, for what is a preventable situation? (Doubtful.)

Meanwhile, Coach Tomlin has been mum on the situation, but is on record of taking a hard stance against such celebrations, after Emmanuel Sanders and Mike Wallace were doing foolish flips several years ago.

When asked about the coach’s take, Ben replied that “He (Tomlin) knows I don’t like it” and that the coach “expected” Ben to handle it.

Needless to say, we probably will not see Brown taking any more celebratory leaps of faith this season.

Now if we could only do something about first down celebrations…