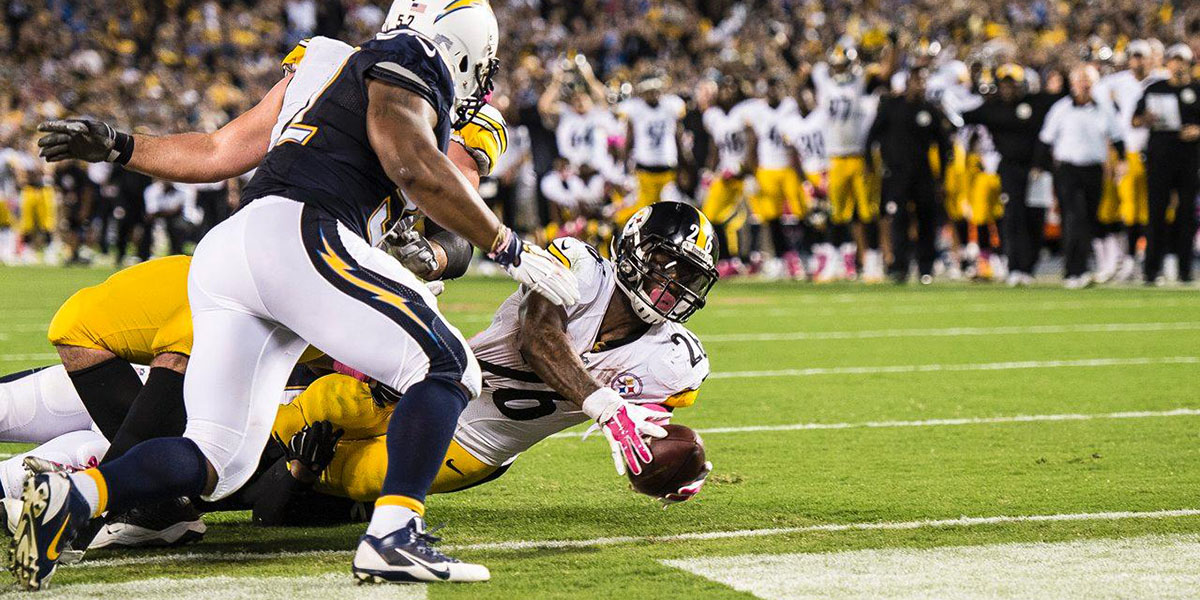 6 Deals The Steelers Need To Make During The 2016 Offseason

It’s anyone’s guess as to what will actually happen when the league year officially begins in March, but I wanted to take a stab at some of the decisions the Steelers might make before the start of the season.

The team’s top cornerback will become an unrestricted free agent. Considering Gay was the only starting CB in the NFL to not concede a touchdown (per Pro Football Focus) and 2 other corners (Antwon Blake, Brandon Boykin) are no longer under contract as well, Gay should be considered one of the team’s top priorities heading into free agency.

Despite two bad luck injuries, Pittsburgh should also focus their attention on getting a long-term deal done with the one-of-a-kind talent Le’Veon Bell. Bell’s contract expires in 2017, so there is no rush, but traditionally the Steelers like to lock up their star players a year prior to their current deals expiring. (Exception has been made to Ben Roethlisberger, as the Steelers front office traditionally works out QB contracts 2 years in advance.)

Speaking of quarterbacks, the only signal caller behind Roethlisberger, under contract, is 2013 fourth round pick Landry Jones. Jones went from clipboard holder to starter this season, but Coach Mike Tomlin sounded all but comfortable with Jones’ future with the team.

2015 backups Bruce Gradkowski and Michael Vick are both set to become free agents. Personally, I do not expect Vick (who will turn 36 this summer) to return to Pittsburgh after a lackluster showing in relief of Ben. Gradkowski, who was placed on injured reserve during the preseason and missed the entire 2015 season, just turned 33 years old and may have a short future ahead of him, should the team pass on other veteran quarterbacks during free agency.

The former bright project turned Houdini, Allen signed a large contract during the 2014 offseason and has failed to produce the last 2 seasons. Like LaMarr Woodley, Allen had missed the better part of those seasons following the deal and could suffer the same fate: a post June 1 roster cut that would enable the team to kick the can on paying out the remainder of his contract, while saving some much needed cap space.

With one more year left on his deal, it’s unknown if Harrison will fulfill his contractual obligation or go the route of previous Steelers such as Troy Polamalu and Brett Keisel. Polamalu, albeit among controversy, retired before his final year was up. Keisel was released.

Harrison has been mum on his future plans thus far, but will need to give the team a heads up shortly, as Pittsburgh will look for a replacement along the OLB depth chart either during free agency or May’s draft.

Finally, the other long-term deal that will need done is with David DeCastro. The Pro Bowl Guard has his fifth year option exercised, and a contract extension is not far behind, as the Steelers opted to do in a similar situation with DE Cameron Heyward previously (fifth year option exercised to protect the rights to the player, then work on a long term deal during that final contract.)

Stay tuned next week as I take the flip side of this article and analyze which deals the Steelers won’t rush into making.