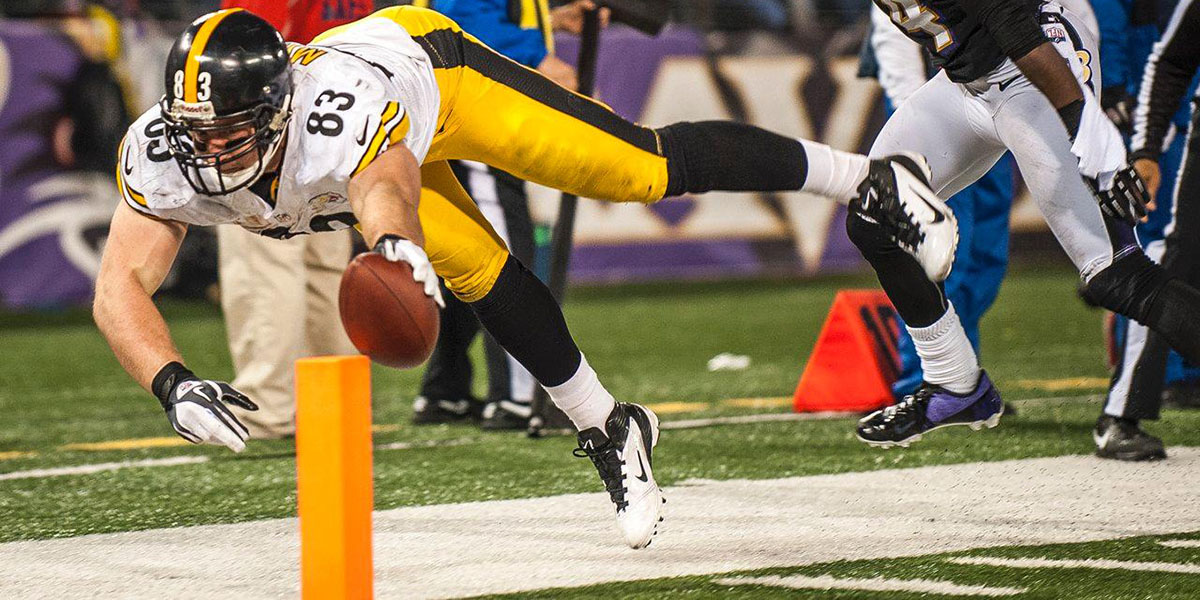 ‪#‎ThankYouHEEEATH‬ – What Heath Miller Meant To The Steelers

Heath Miller will go down as one of the all-time Pittsburgh Steeler greats, and one of the NFL’s most consistent athletes to have played the tight end position.

A former first round draft selection by the Steelers in 2005, Miller would play 11 seasons with Pittsburgh, accumulating 167 starts in the 168 games he played; the most by a Steeler tight end all time. Furthermore, Miller played in all 16 games for 6 of those seasons and never missed more than 2 in any single season.

His durability allowed him to amass better than pedestrian numbers which outsiders would dismiss if not further evaluated. Miller leaves the Steelers as the all-time receptions leader for tight ends with 592. That total is also good for sixth-most among the position in NFL history.

Catching 592 passes also means Heath accumulated a lot of receiving yards (6,569) and touchdowns (45) which also place him atop all-time Pittsburgh tight ends, but it also places him in good company among the NFL’s all-time greats as well: Miller is 1 of 12 tight ends in NFL history to have 6,000 or more receiving yards.

Currently, Miller exits the team 4th all-time in receiving yards and receiving touchdowns, and only falls behind Hines Ward in categories such as one reception in at least 100 games (103) and seasons with 500 yards receiving or more (9.) He’s also one of only four Steelers to have 500 or more career receptions.

A two-time Pro Bowl selection and a two-time Super Bowl Champion, Health Miller leaves big shoes to fill as he exits a tremendous NFL career which will certainly create chatter as to whether or not he will receive a gold jacket in Canton, in years to come.