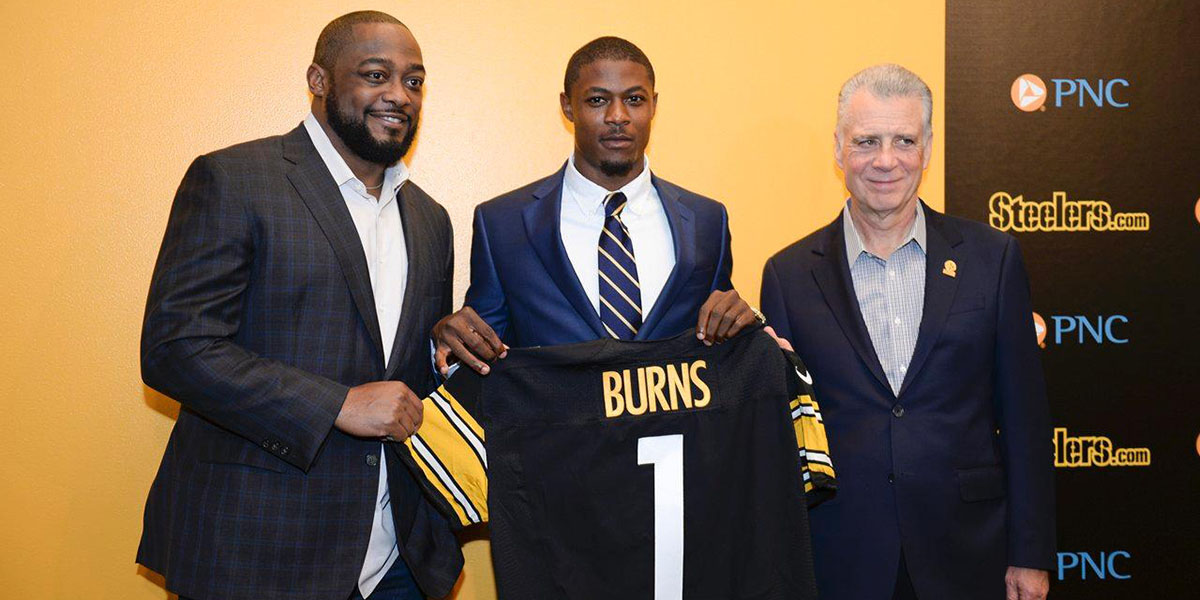 I read an article over the weekend that said the Steelers defense is coming off one of it’s worst statistical in nearly a quarter of a century. That statement is both fact and opinion. It’s kind of like saying the glass is half empty, though, the glass might overflow if things work out according to plan…

After spending 5 of the 7 total selections in the 2016 NFL Draft on defense, the Steelers look to improve from what appeared to be a “down” year for the unit. The Steelers were 30th in passing defense in 2015. They were also 30th in first downs by passing, and 21st overall in total defense.

As bad as Pittsburgh was against the pass, they were 3rd in allowing rushing first downs, and 11th overall in points allowed. The Steelers were also 6th in interceptions and 4th in fumbles recovered, good for a tie as 3rd overall in takeaways, while sacking the quarterback 48 times, 3rd best in the league behind New England’s 49 and Carolina’s 52.

In other words, the defense is on the rise, with the newcomers looking to raise that effort.

For a franchise that was traditionally reluctant to allow players onto the field for a year or two, the trend has changed dramatically over the last few seasons. Jarvis Jones was a co-starter as a rookie, while both, Ryan Shazier and Bud Dupree, started 5 games each in their freshman NFL campaigns. Adding players such as Artie Burns at corner, Sean Davis at safety (or corner) and Javon Hargraves as a nose tackle or defensive end in subpackages, could signal a major change from the norm. Combined with last year’s 2nd round pick, Senquez Golson, the defensive unit could see as many as four new players on the field in 2016, considering Golson didn’t play last year due to injury.

With a team so poor at passing defense last season, it’s no wonder the Steelers front office felt it necessary to draft replacements: they’ve always built through the draft, and though rookies were never expected to make an impact on day 1, it’s obvious that the team couldn’t get any worse by attempting to patch the problems with these picks.

If the rookies play from the opening kickoff of of the 2016, it’s not as though the Steelers passing defense could drop much further from their current 30th position.

And that’s exactly my position.

The Steelers are an oddball of both good and bad, with the good staying, the bad departing and the rookies put in a no pressure situation since they were already 30th in passing D.

However, for as good as Gay performed, Antwon Blake did the opposite:

The good news is, Blake left Pittsburgh and is now a Tennessee Titan. As long as Ross Cockrell, Golson or Burns doesn’t carry Blake’s torch, where the later was accountable for nearly 1/4 of the Steelers passing yards given up.

As for the picks themselves, the Steelers went after highly productive, quality character athletes. Artie Burns lead the ACC in interceptions. Sean Davis is one of the top tacklers in Maryland history. Javon Hargrave had 37.5 career sacks, Travis Feeney was 3rd in PAC-12 in sacks and 3rd on Washington’s defense in tackles-for-loss, while Tyler Matakevich is Temple’s all-time leading tackler.

All of these picks are exciting, as I feel each has an opportunity to make the 53-man roster come September. Obviously, the higher the pick, the more likely we will see them on the field. I will go on record with my belief that Sean Davis can be a Day 1 starter at safety, while I have no doubts about placing Robert Golden in that role either, as he showed tremendous improvement throughout the season, last year.

Artie Burns figures to compete with Ross Cockrell, where I expect a similar split in snaps as we saw with Blake and Cockrell in 2015. The best part about Gay, Burns and Golson, is that they can all shift around the field. It will be difficult to create a mismatch, while Davis could find himself in a blitzing role much like Will Allen (a 33-year-old veteran who had 4 sacks last season.)

Overall, it would take a monumental collapse by the aforementioned players to do worse than their predecessors. For that reason, I feel the Steelers defense is trending upward.