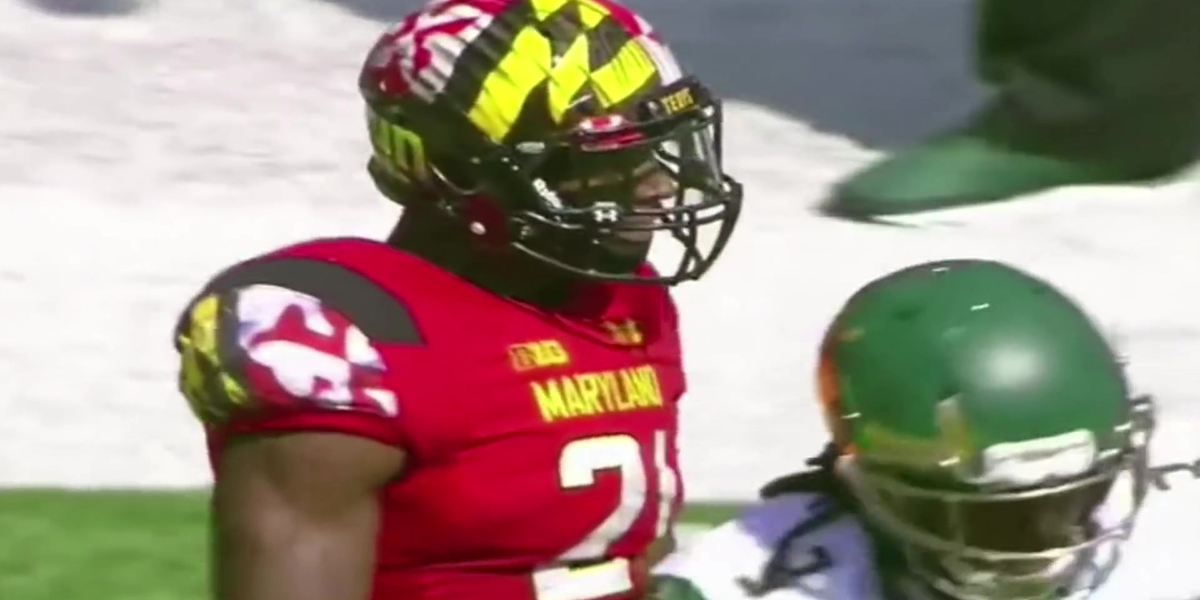 The number 21 has always been popular among defensive backs. Like young basketball players who idolized Michael Jordan by wearing the number 23, many NFL players choose the digits on the back of their jersey by players they too looked up to growing up.

Pittsburgh Steelers 2016 2nd round draft pick Sean Davis, is no different. A 2015 All-Big Ten Honorable Mention and University of Maryland standout, Davis wears “21” as a tribute to the late Sean Taylor, a former free safety for the Washington Redskins.

“I watched him ever since he was at Miami… I always wanted to go to ‘The U’ back when they had the colored visors and all that stuff. I just loved how he imposed his will on people. They were scared to come across the field.”

“He wore No. 21 and his name was Sean, and I was like ‘This dude is perfect. I just want to idolize myself after him. I just loved everything about him. I’m a quiet dude and he was real quiet to himself, just like me. I definitely love Sean Taylor.”

“I watched Sean Taylor my whole life. I emulate my play after him”

Like Taylor, Davis hopes to make a similar impact with the Steelers as Taylor did with the Redskins. With 40 career starts and over 50 games of playing experience, the Maryland product is a hard-hitter capable of flipping the field. His 5 forced fumbles is the second most in Maryland history, and Davis also tied for a Terps best in 2015 with 3 interceptions.

A tackling machine who played both corner and safety in his career, he combined for over 100 tackles in his sophomore and junior campaigns, before amassing 88 in his senior year.

His future may be so bright, that copying Taylor’s trademark facemask visor is probably a good idea.

“I like imposing my will on people. I’m not the biggest guy, but I feel like I am one of the strongest guys out there. I just feel like I love hitting.”