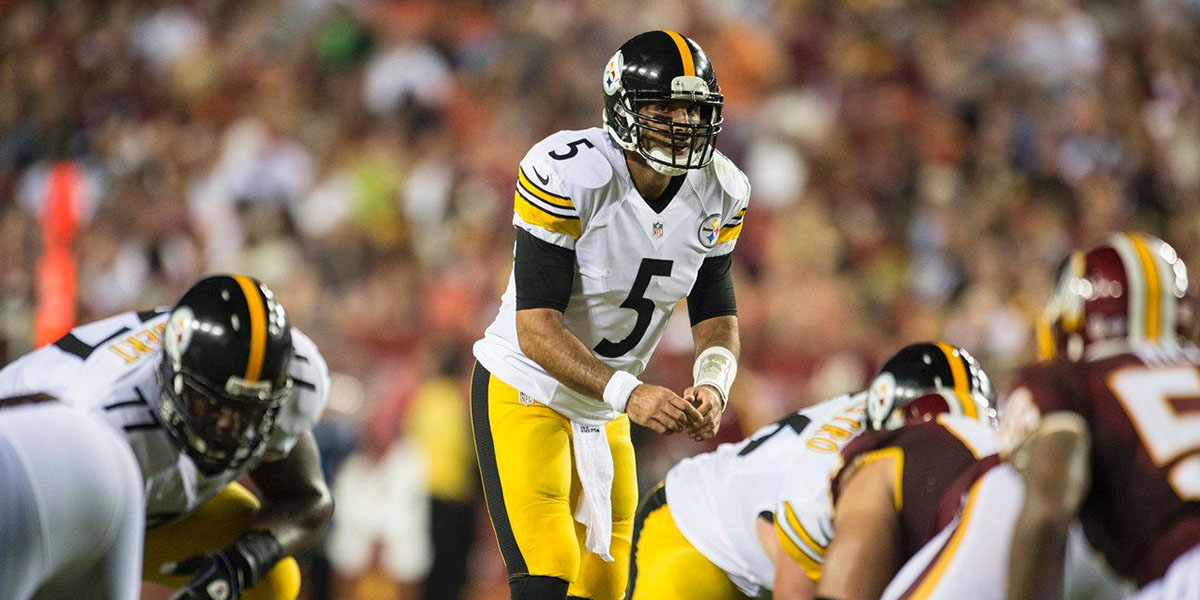 Back in February I had posted two individual articles predicting the moves the Steelers would and would not make this offseason. So far, those predictions have held mostly true.

I’d like to revisit those predictions, and examine what action (or inaction) Pittsburgh took.

Mr. “I want to play for a contender” Eric Weddle peddled his wares to the AFC North, but took a trip further east of Pittsburgh, landing with the Baltimore Ravens.

… Because of the price Weddle will likely command on the market, combined with an uncertainty of how much cap room Pittsburgh has (and needing to sign some of their in-house players) I doubt the Weddle deal happens.

Instead, the Steelers went defensive back heavy in the NFL Draft, selecting Maryland standout Sean Davis in the 2nd round, while resigning last year’s reserve and part-time starter, Robert Golden.

I don’t think the Steelers are going to go after a higher profile free agent backup, such as Chase Daniel… The problem is still cap room, as Daniel could potentially compete for a starting position with another club who has more money to spend.

After a lackluster showing as the backup this season, Vick’s one year deal expires and won’t likely be renewed.

[Jones] is still under contract through 2016 and the experience of playing and knowing Todd Haley’s system, will allow Jones to compete for, and most likely keep, a spot on the roster for 2016.

Pretty much nailed it, so far. Daniel ended up in Philadelphia on a sweetheart deal, following his former OC to the city of Brotherly Love.

Michael Vick remains a free agent, while Landry Jones still has a roster spot… for now.

As for the thought of taking a QB in the Draft:

[With] a lack of draft picks… the Steelers won’t be in a position of having extra picks to burn, as they were when they selected Landry in 2013.

[Bruce] Gradkowski, who was placed on injured reserve during the preseason and missed the entire 2015 season, just turned 33 years old and may have a short future ahead of him, should the team pass on other veteran quarterbacks during free agency.

Well I deserve a self high five for this one: the Steelers passed on drafting a quarterback. One day after the Draft, they announced that “short future,” signing Gradkowski to a 1-year deal to compete as Ben Roethlisberger‘s backup this season.

[William] Gay should be considered one of the team’s top priorities heading into free agency.

[Brandon] Boykin, who was considered one of the top nickel corners before landing in Pittsburgh last season, will probably seek a multi-year, multi-million dollar deal.

Like LaMarr Woodley, [Cortez] Allen had missed the better part of those seasons following the deal and could suffer the same fate: a post June 1 roster cut that would enable the team to kick the can on paying out the remainder of his contract, while saving some much needed cap space.

William Gay was promptly signed to a 3-year contract before the start of free agency, while Cortez Allen was cut, but without the post June 1st designation (which means the Steelers are going to fulfill their financial obligations to ‘Tez this year.)

Boykin signed another team (Carolina) but he didn’t get that multi-year, multi-million dollar deal: he signed a one year contract for a mere $840,000.

The Panthers were the only team Boykin visited during free agency, after weeks of non-interest from NFL teams. It’s likely there is more to him than what is publicly known, based on the contract figures and inactivity once the league year began. Regardless, the Steelers moved on, drafting Artie Burns in the first round of this year’s draft and appear content with 2014 2nd round pick, Senquez Golson.

It’s still early, so resigning Le’Veon Bell and David DeCastro to long-term deals might still happen. Both are set to become free agents in 2017.

With one more year left on his deal, it’s unknown if Harrison will fulfill his contractual obligation… [he] will need to give the team a heads up shortly, as Pittsburgh will look for a replacement along the OLB depth chart, either during free agency, or May’s draft.

And the final prediction is that James Harrison would have to make a decision, which he did: “The Silverback” will return for the 2016 season at 38 years old, looking as spry as ever (see 92’s Instagram for some insane workout videos!)