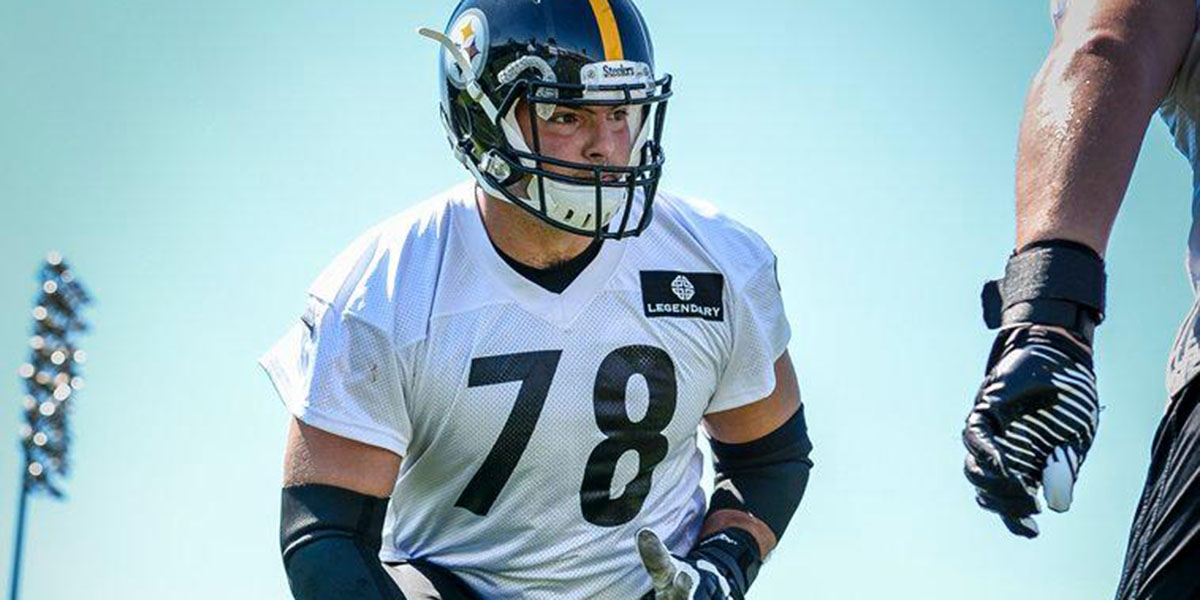 6 way too early predictions for the Pittsburgh Steelers offense

I can read into your mind already: making predictions in June? Have you lost your mind?

Well, sort of. We’re getting into the swing of the 2016 season, with teams starting their OTAs, with minicamps and training camp to follow soon thereafter, so why not get into the swing of things, and talk about what the 2016 Pittsburgh Steelers may look like. After all, there’s never a “good time” to make a prediction.

Who will be the biggest acquisition for the Steelers offense in 2016?

Ladarius Green is, by far, the biggest addition to the Steelers offense this season. He might be the only addition that could fall into this category, since the team didn’t bring sign many free agents and only spent two draft selections on this side of the ball.

That places Green as the default option, however, it’s the value of likely being the top tight end in this year’s free agent class, which makes Green all the more valuable. Green will be expected to carry the torch passed on by the departing Heath Miller, who retired in March. With the year-long suspension of Martavis Bryant, we could see the new tight end becoming one of Ben Roethlisberger’s biggest targets: pun intended, as Green is a physical specimen, standing 6′ 6″, and weighing 238 lbs.

Green’s health is the looming question. A nagging foot injury cost him some time with the Chargers last season, but he received offseason surgery to correct the problem. Some are making a bigger deal of the surgery, as I doubt the Steelers would’ve signed him, if they felt it was a major problem.

I see Green’s offseason surgery like a necessary maintenance to your car: I believe he’ll be good to go for the season. With multiple weapons around him, Green has a high ceiling, and a low floor. Players such as Antonio Brown, Markus Wheaton and Le’Veon Bell, should open up the opportunities for Green to flourish in Todd Haley’s offense, where we could see him line up all over the field, a la Jimmy Graham.

Will the Cinderella story of former Army Ranger Alejandro Villanueva continue? I feel that “Big Al” could be this year’s biggest overachiever, which is meant as a compliment. Villanueva could complete a several year reubuilding process for the Steelers offensive line, which began with the drafting of David DeCastro, Mike Adams and Kelvin Beachum in 2012.

Villanueva, who served three tours of duty in Afghanistan, made an attempt at an NFL career in 2014. The Philadelphia Eagles signed the former Army standout who last played football in 2009, as a tight end, defensive end, tackle and receiver in college.

Villanueva would try out as a defensive end with the Eagles, but would fail to make the team. He was quickly snapped up the Steelers, who signed him to their practice squad, then extend their agreement with a reserve and futures contract the following January.

Villanueva would move to offensive tackle, and see his first playing time with the Steelers during the preseason. He made his regular season debut in the team’s season opener against New England as an additional tackle in goal line situations.

With Beachum departing to Jacksonsville via free agency, Villanueva will have the opportunity to take over as the full-time blindside protector for Ben Roethlisberger. If he becomes a 16 game starter, and adequately protects Big Ben, he will have surpassed similar expectations made of former 2nd round draft choice, Mike Adams. Not a bad story for a street free agent with a great background story fighting for an NFL roster spot.

Which offensive player will fail to live up to fans’ expectations?

I have no hesitation saying DeAngelo Williams will not live up the fans’ expectations of him this season. Williams turned 33 in April, and has always struggled staying healthy for 16 games. That’s not to say I don’t feel Williams still has a lot to offer. He will still be a dynamic contributor, but I feel his numbers will be down, due to the return of Le’Veon Bell.

Williams will continue to compliment Bell, but as we saw last season, there weren’t as many opportunities for Williams when Bell was active and healthy. The same was also true in 2014, when LeGarrette Blount pouted his way out of Pittsburgh, due to a lack of carries. We never got to see the two-headed monster in the backfield, despite more carries being promised to DeAngelo, before Bell was placed on injured reserve.

This season, a healthy Bell will prevent Williams from racking up the same reps he got in when the former was absent. Thus, Williams will fail to put up the same kind of numbers as he did in 2015, however, that shouldn’t put a damper on the how he makes Pittsburgh a better team, while giving them peace of mind having a solid backup to carry the load, when necessary.

Remember when Markus Wheaton was drafted as the replacement for Mike Wallace?

Markus Wheaton has had several quiet years in Pittsburgh. The emergence of Antonio Brown and Le’Veon Bell took the pressure off the former third round draft pick. However, Martavis Bryant’s suspension, and entering a contract year, forces Wheaton into a make-it-or-break-it situation for the 2016 season. That’s not to say he’s not up to the task.

Wheaton, like Brown, can play in any of the X, Y or Z spots on the field. Despite not making the same headlines as his colleagues, Wheaton closed out last year’s campaign with a bang. In Wheaton’s first ten games, he recorded 16 receptions for 273 yards and 1 TD. In his final six games of the 2015 regular season, he exploded on the scene with 28 receptions for 476 yards and four touchdowns, including a 9 catch, 201 yard scorching of Seattle’s “Legion of Boom” defense.

With Bryant out for 2016, the pressure mounts on Wheaton to play as he did to close 2015. The question is, will he? And will the Steelers be able to, or willing to, retain his services following what could be a breakout season?

Todd Haley likes his versatile pass catchers, however, the newly signed David Johnson won’t come in with high expectations. Johnson, who was with the Steelers from 2009-2013, was brought back to the team to replace a similar Johnson, Will Johnson, who played as a blocking fullback and often lined up alongside the tight ends.

Will Johnson signed with the New York Giants this offseason, leaving a spot on the roster for a utility player. David Johnson’s veteran minimum contract is cap friendly, with no guaranteed money at risk, if the Steelers end their relationship with him. He could find himself a roster casualty, as glut of talented receivers, linebackers and defensive backs may force the teams’ hand in keeping 2 fullbacks, or 4 tight ends, on the final 53-man roster.

Who will be the breakout star with the Steelers offense this season?

We saw very little of last year’s 3rd round draft pick, Sammie Coates, during the regular season; what little we did see, were flashes of being as brilliant as other Steelers receiver picks in the recent past.

Richard Mann, a WR coach with 31 years of experience, has been the Steelers WR coach since 2013. He helped put together Antonio Brown’s record-setting seasons, as well as tutor players such as Emmanuel Sanders, and Martavis Bryant. Mann has turned the Steelers into a receiver factory, knowing how to place players into Pittsburgh’s system. Even with little tape other than the Divisional Playoff game against Denver (where Coates caught 2 passes for 61 yards, including a spectacular 31 yard play) there’s no reason to believe he’s incapable of rising to the occasion, as perhaps, the team’s 3rd receiver behind Brown and Wheaton.