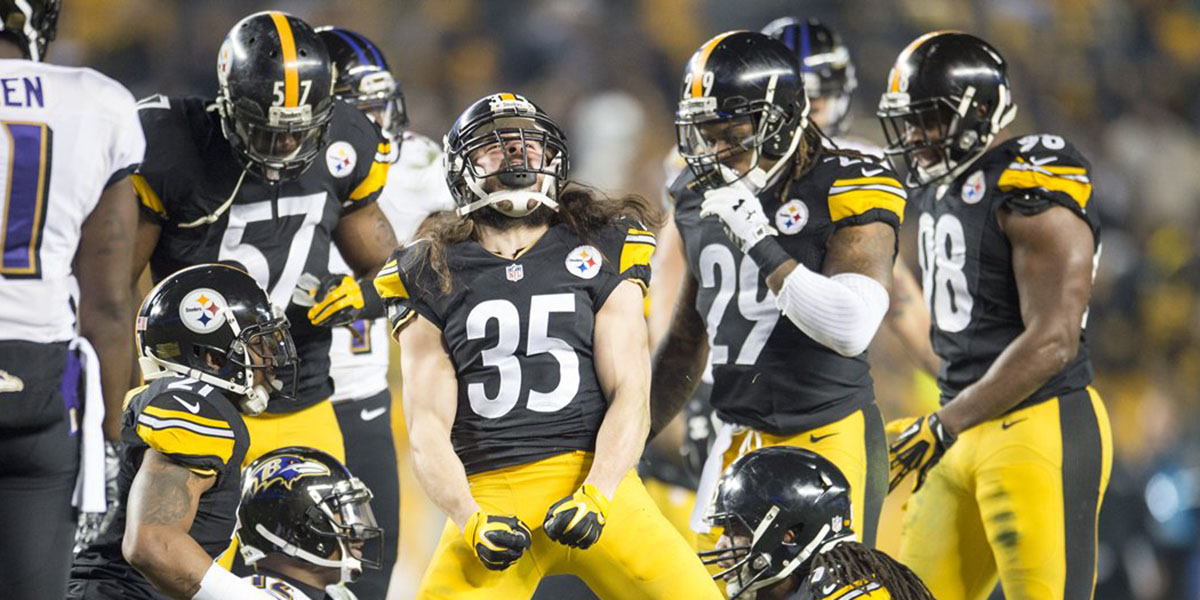 Which position will the Steelers keep more players?

We are at the point in the offseason where writers are starting to release their projections for the Steelers 53 man roster. Positions such as running back and defensive line are set for the most part, but there are some positions where you often see disagreement as to how many players a team may keep. For the Steelers, those positions would be wide receiver, tight end, linebacker, cornerback, and safety, where the team has an abundance of talented athletes vying for a fraction of spots available.

To research if there is a trend for how many of each position the Steelers have kept during the Mike Tomlin era, I compiled how many players of each position Pittsburgh retained, going back to Tomlin’s first season as a head coach (2007.)

The data was gathered using Wikipedia, using the final depth chart at the end of each season. Considering how much changes occurs within rosters throughout a year, it seemed like the fairest, most consistent method, although, there are instances were more players were kept at one position earlier/later in the season, due to need (suspensions, injuries, etc.)

Let’s examine each of the positions the Steelers might have to make some tough decisions in choosing who to keep, and who to let go.

Of the 5 positions researched, wide receiver has been one of the more consistent in numbers kept under Coach Tomlin.

Over the past 4 seasons, the Steelers have kept 5 receivers each year, although they started the 2015 season with 6: Tyler Murphy was kept due to Martavis Bryant’s suspension and didn’t remain on the 53-man roster for long, with a release and resign to the practice squad when Bryant returned in week 6. (Murphy would return to the active roster later in the year, as an emergency QB, when Michael Vick was injured in the Arizona game.)

Despite the numbers suggesting otherwise, many 53-man roster projections for this season have the Steelers keeping 6 wide receivers. It appears there are currently 4 players who have locked positions: Antonio Brown, Markus Wheaton, Darrius Heyward-Bey, and Sammie Coates.

There are 3 apparent front-runners for the remaining 1 or 2 spots: Eli Rogers, Demarcus Ayers, & Shakim Phillips.

Rogers is a fan favorite. He received a lot of buzz last offseason, but ended up on the injured reserve list during camp.

Ayers, one of two Steelers 7th round picks this year, was a productive college receiver, however the coaching staff sees his value primarily as a punt returner.

Phillips made a few splash plays during the preseason last year, and spent most of 2015 on the practice squad.

I think the Steelers will continue to keep 5 wide receivers. The Steelers lean on 3 receiver sets, and thus, the 5th receiver may not see much playing time. That also makes a 6th receiver practically useless. A case can be made that the last spot should go to a punt return specialist, but I personally think Brown should continue to field punts.

Since the Steelers love versatility, I believe the spot which could be used for a 6th receiver, will instead go to a linebacker or defensive back; a player who can contribute to special teams beyond returning kicks.

There isn’t too much to gather from this data. The Steelers tend to vary between 3 and 4 tight ends. Sometimes they also keep an extra fullback, a hybrid player such as Will Johnson, who is capable of playing tight end. (See versatility comment above.)

The assumption is the Steelers will keep 3 tight ends, with newly signed free agent Ladarius Green headlining the list. Another tight end who should be safe from a pink slip would be last year’s 5th round selection Jesse James, whom the team has a minimal investment in, and saw grow throughout the 2015 campaign.

Spaeth is the veteran of the group; seldom used as a receiver, but a reliable blocker. However, Spaeth lacks versatility, and perhaps started to feel the nudge from Father Time, as his consistency dipped due to injuries.

David Johnson was recently brought back for his second stint with the Steelers, and though not a lock to make the squad, offers versatility. David, like Will (no relation) is able to play both tight end and fullback.

Grimble is the biggest mystery of the group; he is young and unproven, but has received a lot of praise this offseason. He is the most athletic player of the trio, but is on his 4th NFL roster since 2014, bouncing between the Giants, 49ers, Patriots and Steelers practice squads.

The fact Pittsburgh kept two fullbacks last season gives the versatile D. Johnson an edge for making this team, as he could easily slip into the role previously occupied by Will Johnson; and perhaps increases the odds of the Steelers keeping 4 “tight ends.”

Last season, the Steelers kept 11 linebackers on the roster: a record for Mike Tomlin teams.

This is a trend that may continue into this season, as the Steelers have a vast pool of young, talented linebackers.

The 8 “locks” to make this roster appear to be:

Some may argue that Johnson isn’t a lock, but being that he is a veteran, and a very experienced special teams player, I believe he will make the cut.

The most common theme for these back-up linebackers is simple: special teams. The roster spots will go to whichever linebacker proves to be the most versatile (that word again) and can have the greatest impact on multiple phases of special teams.

I expect the Steelers to keep 10 or 11 linebackers.

When looking at the chart above, the 11 linebackers the Steelers kept last year may seem like an outlier: but I believe it shows the direction the team will head in this year, because of depth at the position and Pittsburgh’s reliance on linebackers in their system.

Cornerback is a group whose count has shifted consistently. As you can see by looking at the graph, the Steelers have kept 5 cornerbacks on the roster over the past 3 seasons. Unfortunately, for many of the guys on the 90 man roster, this group is pretty set: William Gay, Ross Cockrell, Senquez Golson, Artie Burns, and Doran Grant should all make the team.

Grant could be cut or moved to the practice squad, but his 4th round pedigree, and getting called up last year, makes either move unlikely. The staff has also mentioned the idea of bringing in a veteran corner if one of value gets cut; due to the youth and inexperience of this group, adding a veteran 6th cornerback appears to be a better option than adding another young player. That concept may give 29-year-old Donald Washington a shot at making the active roster.

While some of the young guys may make an impression during training camp, the only apparent route for one of them to stick with the team is to make the practice squad or if there is (God forbid) an injury.

Along with linebacker, safety is a position where the amount of positional players has varied over the years. Safeties spend a lot of time on special teams: Robert Golden was the special teams captain last season, with he and Shamarko Thomas sharing the most reps on the unit.

With Golden possibly moving up the depth chart, there is a lot of opportunity for some young safeties to make this team. Unfortunately there aren’t too many contenders to get excited about. There’s only 3 real locks in this group: Golden, Mike Mitchell, and 2016 2nd round pick Sean Davis, which means 2-3 spots could be up for grabs between the remaining players, such as Ross Ventrone, Shamarko Thomas, and Jordan Dangerfield.

Though the top 3 safeties are a great group, the remaining depth is spotty.

Judging by the players on the roster, it seems most likely that the Steelers will carry 5 safeties: with the last two being Ventrone and Thomas. Some will argue why Thomas or Ventrone shouldn’t make the roster, but their spots appear to be safe unless someone is far more impressive in camp, one of them gets injured, or if the Steelers make an unprecedented move, and only carry 4 safeties on the 53-man roster.

The dark horse in the safety depth chart is a possible addition: veteran Will Allen could be brought back on the roster during camp, as Brett Keisel was added for defensive line help two seasons ago. Though Allen isn’t as young and athletic like Thomas, he compensates with smart play and reliability.