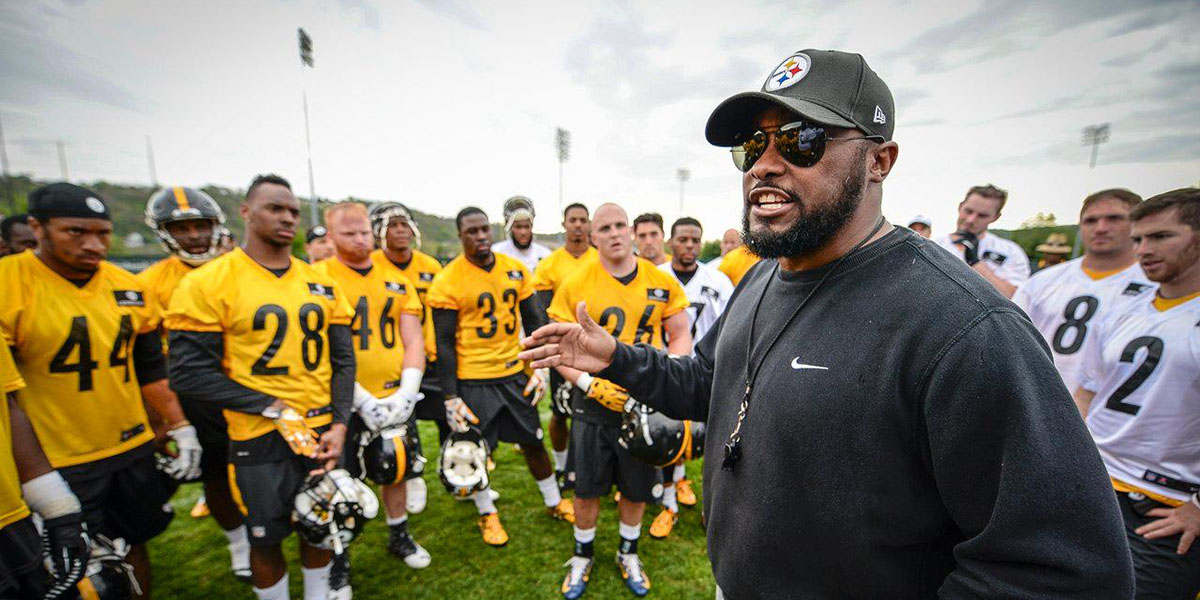 What Should We Expect From The Steelers 2016 Draft Class?

Training camp is almost here and we are all excited to see the new rookies in actions. It’s important though to have reasonable expectations for these young players entering training camp and their first season in the NFL.

Artie Burns is in a tricky position. The Steelers have not drafted a 1st round cornerback in years and many fans are excited to see a big, long cornerback in our secondary. On the other hand Burns is in a similar spot as Bud Dupree was last year: very athletic and talented but raw. In a recent interview with USA Today, Mike Tomlin said Burns, as well as Sean Davis, has a chance to start this year. Tomlin’s optimism makes me feel better about Burns, but I think it’s best to have patience with Burns and not have too-high expectations for him this year. He will surely flash his immense talent in training camp and during games, but don’t be shocked when he makes rookie mistakes.

Sean Davis is the draft pick I’m most excited for. In an article with Steel City Underground I named him the biggest addition to the defense. Though he may start the season slow, I think Davis will get significant playing time in the latter half of the season. He brings versatility to the defense which will allow them to implement more dime defense, as well as move around Mike Mitchell and Robert Golden. It’s been reported that he’ll be utilized as a slot corner as well, where I imagine he’ll be used to cover tight ends. I don’t expect him to fly out the gate, but I think he’ll turn heads in training camp and eventually be an impact player.

I honestly didn’t expect Javon Hargrave to fall to us in the 3rd round, and I’m ecstatic that he did. With the Steelers defense evolving into a hybrid scheme, he brings a lot of value as a nickel defensive tackle and a pass rusher. His presence will also allow Cam Heyward and Stephon Tuitt to get some needed rest. Though he may face some growing pains due to him coming from a smaller school, I can see Hargrave being a major asset for this defense. Steel City Blitz shares my optimism about the potential of Hargrave in an article by Steel Dad.

Our least sexy pick was for sure Jerald Hawkins. He was drafted for offensive line depth and it’s very unlikely he’ll see the field in 2016. His focus should be on learning as much as possible from offensive coach Mike Munchak. Jacob Klinger wrote an in-depth article on Hawkins where the player explains how his size doesn’t matter – the article may make you a fan of Hawkins.

Travis Feeney has a solid chance to make this roster despite being a late-round pick. His superior athleticism gives him the opportunity to be a special teams demon. He has the potential to eventually contribute on defense as well, but because he is a raw player he would be best focusing on special teams in his rookie year. See Behind the Steel Curtain for a breakdown of Feeney’s play by Jeff Hartman.

Demarcus Ayers is a player I questioned when we first drafted him, but a further look shows a very talented player. Despite his short stature and lack of elite speed, Ayers finds success because of his vision and shiftiness. He is basically the polar opposite of Dri Archer. He also has the potential to take over punt return duties for Antonio Brown. To learn more about Ayers, listen to an interview he did with Rudy Reyes.

The player that I feel has the worst chance to make the roster, Tyler Matakevich will be fighting an uphill battle in training camp. The Steelers linebacker depth chart is very crowded this year. Matakevich will have to showcase his special teams ability if he wants to make this roster. He may lack athleticism, but by looking at his college stats you can see that he was a tackling machine. Tony Defeo of Behind the Steel Curtain believes Matakevich has a shot though based on his consistency,