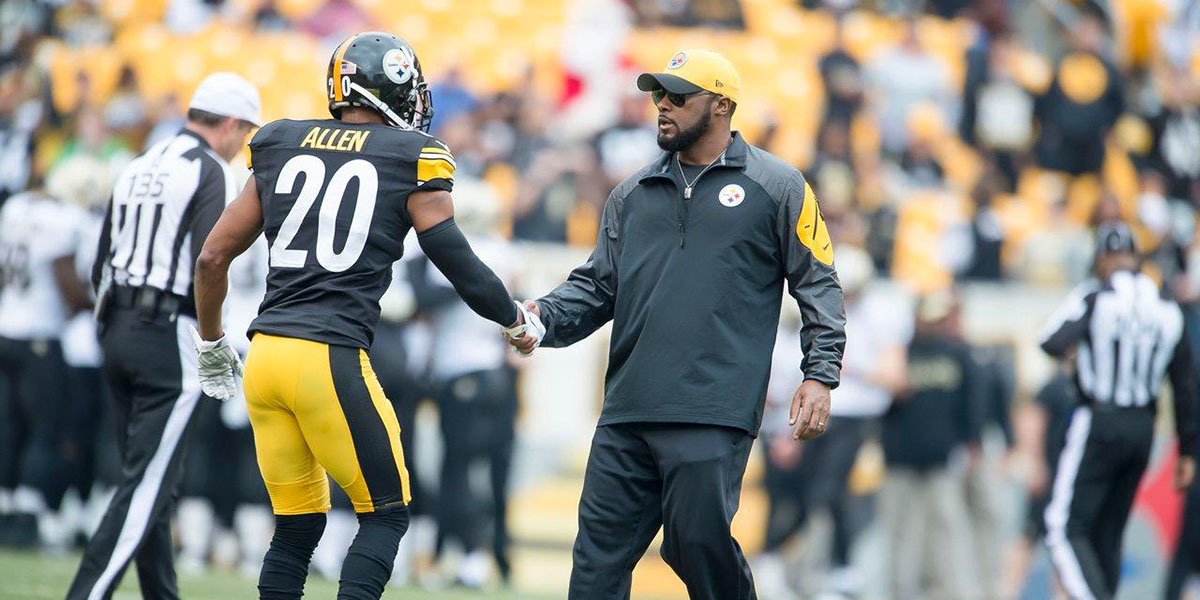 Does Golson’s injury open door for Will Allen’s return?

by Eric Herrmann (SteelersGrind) on August 5, 2016

Steelers fans had their hearts broken recently when it was announced that Senquez Golson would be out for large portion of the season with a foot injury. This setback caused a chain of events that included the Steelers signing cornerback Kevin White, and recent draft pick Sean Davis being promoted to slot cornerback. Davis has reportedly been doing well in the slot, so everything should be fine now, right?

One angle that has been seldom discussed is how this event will affect the safety depth chart and the dime defense. The answer to this question, to the dismay of some, may be bringing back veteran safety Will Allen. With the Steelers playing out of their base 3-4 defense as much as 2/3 of the time,  secondary depth is a necessity, with the unit needing 5-6 defensive backs on the field at the same time.

The Steelers depth chart for both secondary positions were already weak prior to Golson’s injury. With Davis playing the slot, only Ross Ventrone and Shamarko Thomas remain as the backup safeties – two players few want to see playing defense. It is certainly possible that Will Gay could move to the slot and Artie Burns starts on the boundary, but it appears the coaches want to avoid that situation, and not throw Burns into the fire, before he is ready.

This brings me to my main point: it may be wise for the Steelers to sign Will Allen.

Allen didn’t play great last year, but he played good: his speed and tackling certainly isn’t what is used to be. He may be the Steelers best option, however, pending if the Steelers snag a player off waivers, as Ventrone hasn’t proved to be capable of playing outside of special teams, and Thomas has wasted every opportunity he’s been given to see the field (by repeatedly making mental mistakes.) Allen may be older and slower than these two players, but he is certainly more reliable.

If you’re not buying what I’m selling, then read this statement from Ben Stockwell of Pro Football Focus, where he explains why the Steelers should re-sign Allen:

“Allen brought surprising value as a run-defender and blitzer in a career year at age 33, and with a history as a solid special-teamer, there is value in retaining Allen on a short-term deal. His 10 pressures were fifth-most among safeties this season, and his 32 stops tied for second. Refining a role for Allen to contribute by attacking the line of scrimmage and working on special teams would still bring value for the Steelers on defense.”

Stockwell says it perfectly: Allen isn’t a versatile player, but he can succeed in the right role, and Allen clearly wouldn’t be asked to be our starting safety (that job now belongs to Robert Golden.) Where Allen can help this team is by focusing on three distinct roles: providing safety depth, mentoring the young safeties, and contributing in nickel and dime defensive packages. These key areas will enable him to be an asset to the defense, and capitalize on his strengths.

Will Allen isn’t the answer for the secondary’s woes, but he’s a perfect contingency plan. He knows the system and Mike Tomlin trusts him. Those factors make him a more preferential option over the rest of the safety depth chart.

If the Steelers can’t snag a safety off of waiver wires, don’t be surprised if Will Allen gets a call.