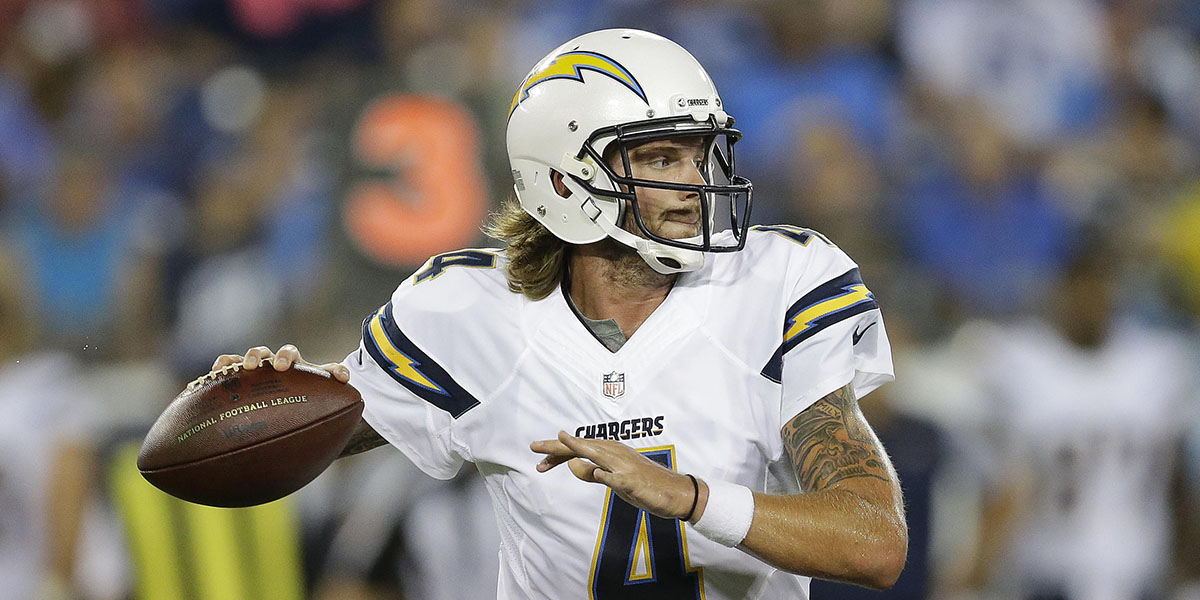 Color me surprised, but not surprised.

The Pittsburgh Steelers acquired QB Zach Mettenberger off waivers, one day following his release from the San Diego Chargers. It’s not that the Steelers went after a quarterback which surprises me, rather the events surrounding Mettenberger’s release.

A week ago, Eric Herrmann had written an article about quarterbacks who could potentially be cut from their teams by the end of the preseason: Mettenberger wasn’t on the list.

The reason he wasn’t, is that the San Diego Chargers appeared to be a fit for the former sixth round draft pick, who was also claimed off waivers in May, after the Tennessee Titans, the team which drafted him, released the QB. He was quickly acquired by the Chargers, as Zach’s former head coach in Tennessee, Ken Whisenhunt, took over as offensive coordinator in San Diego.

Yes, it looked like a match made in heaven: Mettenberger already knew Whiz’ system. He appeared ready to challenge Kellen Clemens for the backup role in SD. Clearly, he wouldn’t be cut, because he was the first QB drafted by Whisenhunt with the Titans.

Of course, the Titans were struggling as a team overall in 2014, with Jake Locker getting injured (and subsequently retiring) and also burning through backup Charlie Whitehurst as well. The team turned to Mettenberger for 6 games, none of which Zach would win. This prompted the Titans to take Marcus Mariota with the 2nd overall pick the following season.

When Mariota was injured, Mettenberger would start 4 more games in 2015, but still remained winless.

His record as a quarterback, along with his stats, largely fall on the turmoil in Tennessee. The team fired Whisenhunt midway through last season, and only won 5 total games in the 2 seasons Zach was with the team: regardless of his ability, the team couldn’t win. Period.

It appeared he would get a second chance with Whiz in San Diego, but that ship has now sailed. With the Steelers picking up Mettenberger, they add a quarterback with 10 career NFL starts and a 60.3% completion rate. The team could certainly do worse, considering Dustin Vaughan had never made a final roster in the league, and Bryn Renner has been with the team for a total of two weeks.

Vaughan’s thumb is injured, and with Renner’s lack of experience, the move was all but necessary. Bruce Gradkowski, a longtime journeyman quarterback who has been with the Steelers for several years, injured his hamstring in the team’s first preseason game. To make room for the addition of Mettenberger, Pittsburgh has placed Bruce on injured reserve, likely ending his season, and potentially his NFL career, as he has had health problems for the last two seasons.

The 25-year-old Mettenberger provides a younger, third option off the bench, but has been unimpressive in stints. He has a career 12-to-14 TD-to-INT ratio, and completed only two passes on eight attempts, with a pick, in the Chargers preseason game against his former team.

He would not play in the team’s next two preseason games, prior to his release.

The 6-foot-5, 224 pound QB arrives in time for the Steelers Thursday night game against Carolina, where Renner will likely see his last playing time before he, and Vaughan, are part of the final 53-man roster moves on Saturday.

The expectations on Mettenberger shouldn’t be high, but signals a change from last year’s emergency pickup Michael Vick. While Vick is still a free agent, he was unable to pickup the playbook fast enough to be effective in Ben Roethlisberger‘s absence.

Here’s to hoping Mettenberger won’t have that issue, and that he’ll become an afterthought who won’t get a game helmet this year, should Big Ben stay healthy all year.

5 responses to “The Steelers surprising acquisition of QB Zach Mettenberger”