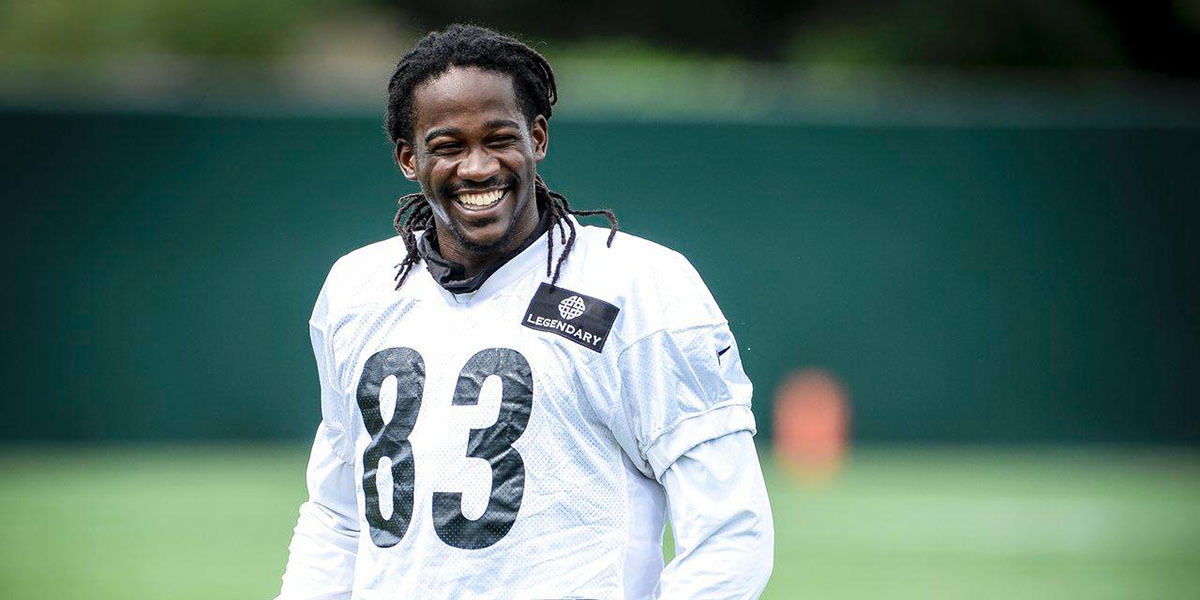 By 4 pm Eastern on Saturday, the Steelers will have to trim their roster from the current 75 players, down to the 53-man lineup used in the regular season. With several starters sitting for the fourth exhibition game against the Carolina Panthers, and 15 players dismissed earlier this week, a number of athletes will be making their last statement as to whether they deserve one of the 53 spots, and the privilege of calling themselves a “Pittsburgh Steeler.”

For the most part, many of those players’ fates have already been decided. However, a big play (or two) could push the needle in their favor. Even Mike Tomlin commented on this before Thursday’s final preseason game:

“Splash tonight will highlight a larger body of work that could be the final nail in the coffin in terms of somebody doing something positive.”

Of those 75 which remain, here are a handful of players who may, or may not, make the cut:

Having been signed to the practice squad last September, Fitz is the very late signing that he may be replaced with. While he stepped up admirably in the playoffs, the fumble in the Denver game still lingers, and he’s being pushed by Daryl Richardson, a former 7th round pick who wasn’t in the NFL for two years.

Considering the Steelers brought in free agent Karlos Williams for a visit (who is also the younger brother of linebacker Vince Williams) and that Richardson has had a productive preseason, Toussaint could find himself being the odd-man out on the running back depth chart.

I can’t decide if Grimble has done too little, or done enough, to justify being on the active roster.

A lifetime practice squad player, he has been the hype of Training Camp, but has had his ups-and-downs this preseason. With Ladarius Green being placed on the PUP list, and out for the beginning of the season, the numbers game may favor Grimble, unless Pittsburgh finds a casualty from another roster, whom they feel would be a better option than someone who has been with the team for the last year, and understands the offense, etc.

Grimble must use the final preseason game to show he has upside, and understands his role, otherwise, a brand-new face could be a better option.

The Steelers came into camp with 4 receiver spots locked; the team rarely keeps more than 5, and Eli Rogers has all but run away with that position, poised to be Antonio Brown‘s replacement as a punt returner, and possibly jumping as far up the depth chart to start in the slot.

This doesn’t bode well for Ayers, a smaller, shifty player like Rogers, who was taken in the 7th round of this year’s draft to possibly handle special team duties… which he also lost to Rogers.

Hamilton, who was signed after being released from Carolina in early August, is a bit bigger of a receiver at 6-2, and has made some dazzling catches this preseason. Yet, he suffers from the same “lifer” stigma of Grimble, having never cracked a regular season roster.

Both are candidates for the practice squad, but don’t project as names on the final 53 list.

A versatile lineman who has bounced around from the practice squad and active roster, he’s a regular favorite of the coaching staff, but is also fighting a numbers game to make the roster.

The team is testing Hubbard as a tackle this week, with injuries sidelining Marcus Gilbert, and fourth round selection Jerald Hawkins being placed on IR for the year. If Hubbard can tackle playing tackle, in addition to his ability as a guard and center, he could find himself making the final cut.

While everyone else is talking about the various depth at linebacker, and whether players like L.J. Fort and Tyler Matakevich can make the team, I feel those latter names have done more to justify a spot than the newly acquired Steven Johnson, who has been quiet thus far this preseason.

Perhaps Johnson will earn his chops as a special teams player, much like Fort or Matakevich will have to do, so it will be up to the coaches to decide if Johnson has more upside than the other LBs on the current roster, in order for him to make it to the regular season.

The likely scenario, is that they already know who Johnson is: that could be a good, or bad thing, for his future.

Another practice squad regular, this could be the year Dangerfield makes the team.

Working in his favor are injuries to the secondary, and a lack of depth at the safety position. Mike Mitchell, Robert Golden, and Sean Davis are all locks to make the cut, with Shamarko Thomas likely hanging on by a thread, for the very same reasons Dangerfield could pass the test.

Davis has been playing nickel corner, which leaves very little depth behind starters Mitchell and Golden. In addition, one of Dangerfield’s prime competitors, Ross Ventrone, suffered a season-ending injury, opening the doors for him to make the roster.