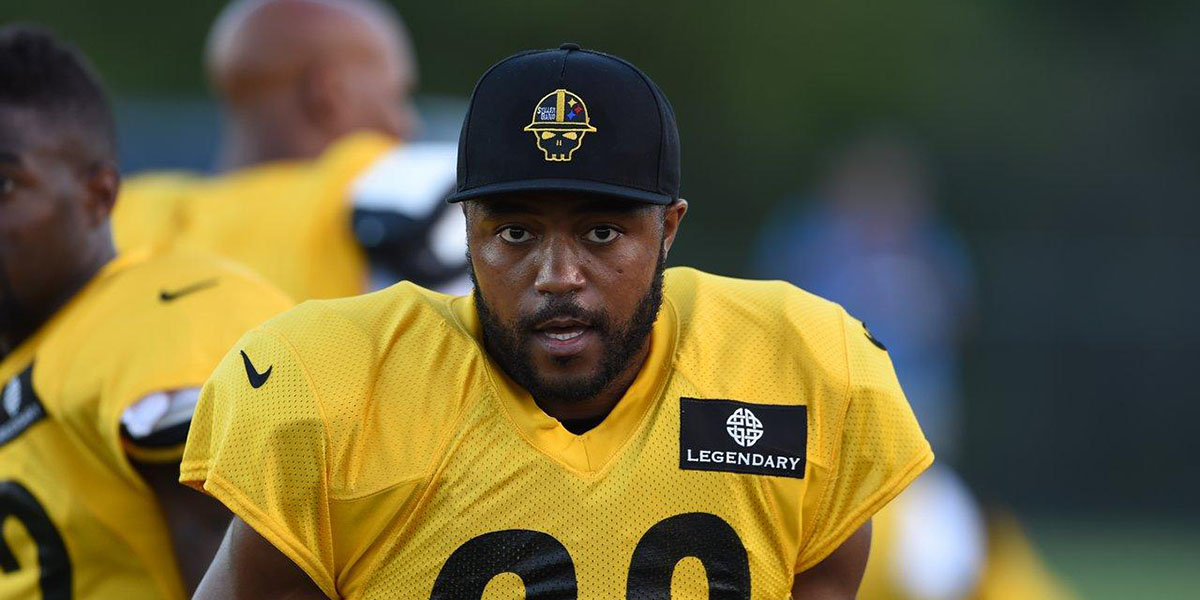 Catching up with the Stiller Gang

I recently had the opportunity to catch up with SG Bangor, one of the founder of the Pittsburgh Steelers fan club “Stiller Gang.”

The Stiller Gang phenomena has spread from Pittsburgh to around the world, with notable Steelers players such as Vince Williams and Mike Mitchell (pictured above) plus world-famous rapper Snoop Dogg, sporting the group’s “colors” at various events.

Their giant “Stiller Gang” banner can also be seen at Heinz Field during every Steelers home game, hanging proudly from the rotunda like a battle flag.

The group has also attracted thousands of Steelers fans to their annual parties in Southern California. This year, the event was headline by former Super Bowl winning Steeler kicker Jeff Reed, among other past notables such as WR Yancey Thigpen!

With all of this fanfare, and being an “underground” for all things Steelers ourselves, naturally we had to catch up with the “gang” and see how things are shaking.

Here are some interesting tidbits from my conversation with Bangor:

When was Stiller Gang founded?

Bangor: we started on December 4th, 2011 at Heinz Field. The Steelers played the Bengals, and we thought it would be a good way to bring fans of Pittsburgh football together.

Tell us a little bit about the founders

Stiller Gang is run by (SG Bangor) and Martin Villareal. (SG) is based in Pittsburgh, while Martin is located in Southern California, where a large group of Steelers fans are from.

Where can Stiller Gang be found?

(We are) based in Pittsburgh, but with branches all over the country. Stiller Gang stretches as far away as the United Kingdom.

You can find us gathered at games and events throughout the year, and connect with us via social media.

How did you come up with the name Stiller Gang?

Stiller Gang comes from the book “The Steeler Gang, Terry Bradshaw, Franco Harris and their super teammates” which was written in 1976.

Stiller is spelled phonetically with a “Pittsburghese” accent. (“Still” instead of “Steel.”)

What’s the mission of your group?

Our purpose is to encourage Pittsburgh teams to excellence, spread yinzer culture, breed unity among fellow fans, and give back with our time and efforts to various charities.

You have a lot of different merchandise available, such as t-shirts and bandannas. Where could a fan purchase these items?

We have a line of merchandise available at our official website ShopStillerGang.com