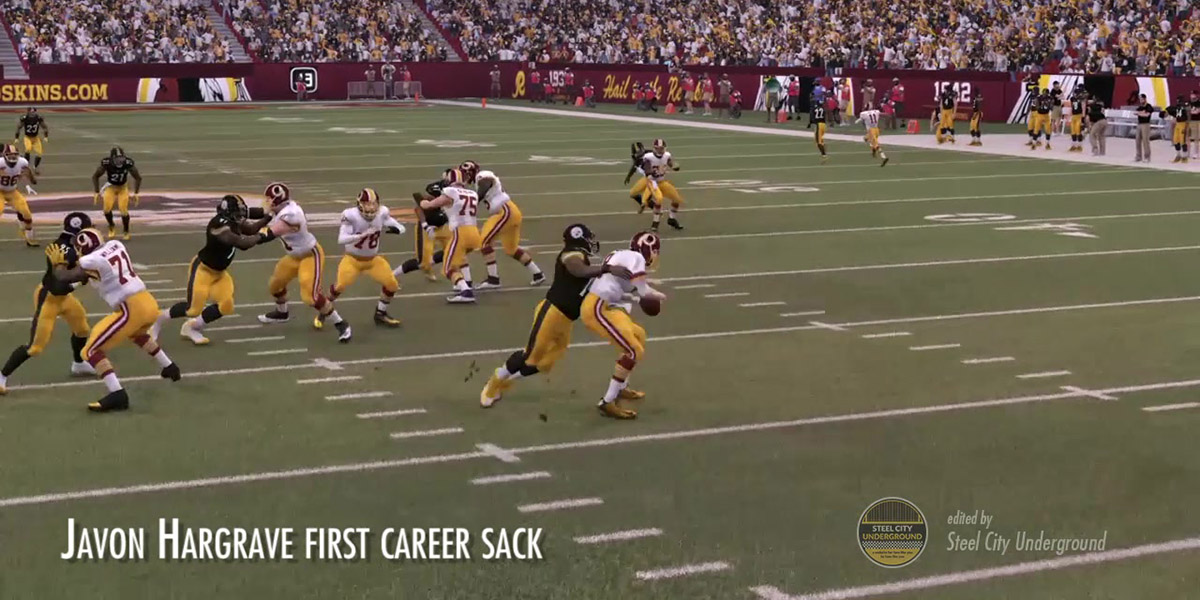 by Eric Herrmann (SteelersGrind) on September 10, 2016

We figured out the best way to get an accurate, and realistic, portrayal of the upcoming Steelers game: a Madden 17 simulation.

(Okay it may not be either of those, but it’s fun!)

The Steelers will begin the season by facing the Washington Redskins. I ran a Madden simulation as a way to sort-of get a preview of what we can expect from this game. The settings included: all-pro difficulty, 15 minute quarters, and 20 second accelerated clock.

Football is finally back! Unfortunately, the simulation didn’t go quite as hoped… 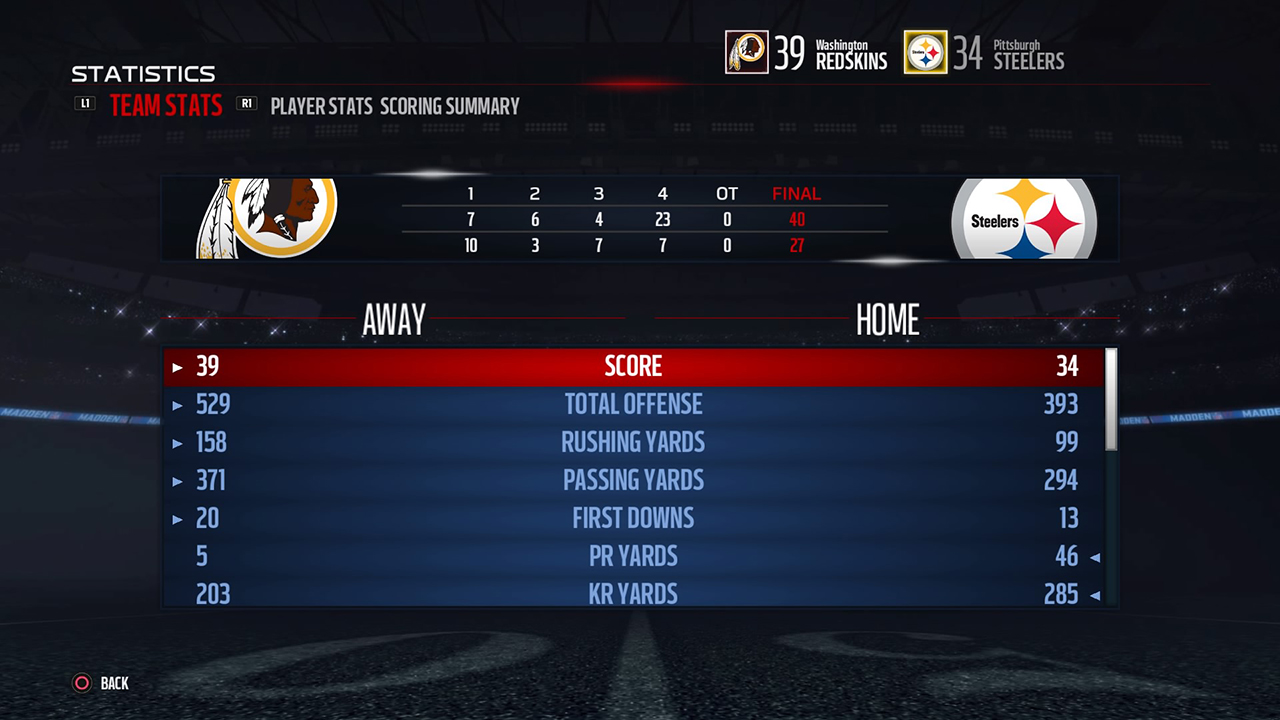 The final score is 39-34 in favor of the Redskins.

Antonio Brown led the receivers in catches and yardage, of course. Whether real life or video games, Brown is incredible and cannot be stopped by any cornerback. Ben also spread the ball per usual to all of his guys.

The Steelers did a great job pressuring the Redskins. None of our outside linebackers recorded a sack, but our defensive line had a field day. The defensive line leading the team in sacks at the end of the year isn’t an outlandish thought.

Justin Gilbert proved his value right away by scoring a touchdown on a 97 yard kick return. With his 4.3 speed, bringing a kick to the house certainly isn’t out of the question for the newest Steeler. (Gilbert has been listed on the depth chart as the #2 kick returner.)

Chris Boswell got his chance to truly shine in the game; when he scored on a trick play, rushing for a 5 yard touchdown on a fake field goal.

The Steelers seemed to have no answer for Matt Jones. The Steelers run defense and defensive line is one of their strengths, so hopefully this won’t be the case Monday.

Unfortunately, Kirk Cousins managed to shred the Steelers secondary. Pass defense has been a real issue for the Steelers in past years. Though they have doubled down on their efforts by acquiring new players like Sean Davis and Artie Burns, the secondary remains full of question marks.

The Redskins didn’t sack Ben once. This is great news for the Steelers, for keeping Ben healthy is key. The recent investments in the Steelers offensive line will surely pay dividends this season.

This Madden simulation is clearly no indication of what will happen Monday, but some details are believable.

The Redskins have a strong receiver corps and certainly could cause headaches for this Steelers secondary.

The Redskins also could have trouble getting to our quarterback due to the Steelers having one of the best offensive lines in the league.

I do believe the game will be high scoring as well, which is enforced by the simulation.

I have confidence that the Steelers will prove this simulation wrong, and beat the Redskins. It won’t be a cakewalk like some fans believe though: both teams will certainly get some splash plays, and commit at least one turnover.

However, I have faith in my team.