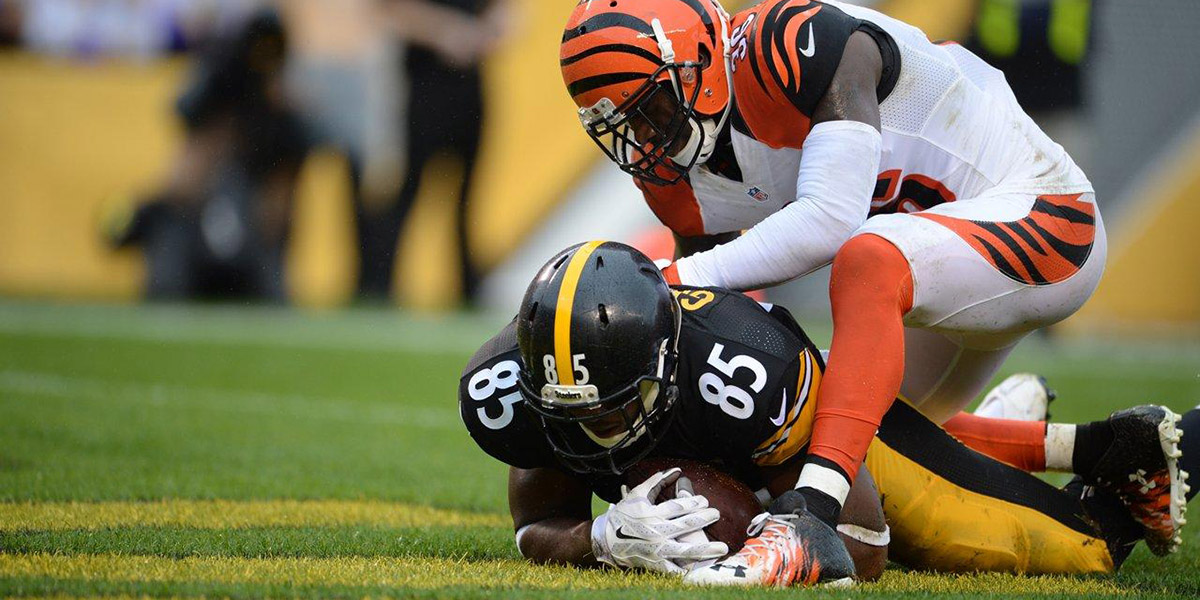 Did the Steelers do enough to replace Heath Miller?

Heath Miller. A bonafide Pittsburgh Steelers legend, who spent 11 years with the franchise en route to holding nearly ever team record at his tight end position.

Needless to say, Heath left a lasting impression on Steelers fans for life.

Following his retirement earlier this year, the Steelers entered the 2016 season with many questions. One of those questions was how they might replace this legend of the gridiron.

Could the Steelers replace the irreplaceable?

That’s what I’ll attempt to answer below, by exploring each answer to the question of, whether or not Pittsburgh has replaced Heath Miller.

This is a tough question to answer yes to, so I’ll tackle that angle first.

The “yes” comes from the Steelers business decisions to draft Jesse James out of Penn State in the 5th round of last year’s NFL Draft, and going into free agency to make a big splash signing Ladarius Green.

Now, I know what you’re going to say about Green, but let’s set health aside for a moment. At the time of the signing, it was the uncharacteristic effort of the Steelers front office to acquire a big-name free agent, that received a “yes” ovation.

Otherwise, Green (who has yet to see any action this year) is graded as an “incomplete.”

The decision to draft James was done with the foresight that Heath would not player forever. The Steelers had taken many late round flyers at the tight end position in the NFL Draft: Rob Blanchflower, David Paulson, Cameron Clear, and Michael Palmer come to mind.

This would leave the Steelers with their seldom-used 2nd year player, Jesse James, and another undrafted journeyman who was on his fifth practice squad, Xavier Grimble.

James, who started seeing playing time midway through the 2015 season, started to show some promise. The former Penn State product had been brought along slowly, for several reasons; mainly, a fifth round pick just isn’t ready for primetime out the gate.

While it took awhile to crack some playing time last season, James finally found his way onto the field against the Oakland Raiders. His impact was immediate, scoring his first (and only) touchdown of the season.

The same could be said for Grimble, who caught his first-ever NFL pass in Sunday’s win over the Bengals.

Both players have touchdowns this season; that pair of two TDs is one less than the 3 touchdowns tight ends scored for the Steelers in all of 2015.

While Green could eventually return this season, it’s the expectations placed on an inexperienced pair of players that will ultimately decide if Pittsburgh had done enough to help their offense at the position in 2016.

The duo is paired with the versatile David Johnson, another late round Steelers pick who left for San Diego for a couple of seasons before returning to compete for a spot this year. Johnson is primarily a blocker, in the vein of the Matt Spaeth (who also retired from football in the offseason.)

Johnson will split time at fullback with second-year player Roosevelt Nix, a converted fullback who won a spot, and playing time, over the departed Will Johnson.

If James and Grimble can improve their blocking, which it appears they have from game-to-game thus far, the Steelers may have just enough at this position to get by, when considering the production of their backs and receivers.

No, they did not

That’s one argument that can be made: and it’s a valid one.

Todd Haley cannot simply put Johnson or Nix on the field at will. Doing so signals a definite run/pass situation to defenders who study game film.

Worse, Nix has yet to play in the Steelers first two games this season, leaving Johnson on an island as the best blocker of the healthy ones remaining. Regardless, Pittsburgh had always run formations with 2-3 tight ends, or a combination of 2-3 with the fullback/H-back in the mix. No one ever expected Matt Spaeth to catch passes out of the formations, and he didn’t: in the 3 years since returning to the Steelers, Spaeth was targeted 9 times, catching 6 of those targets, in 32 regular season games (2 of those passes were touchdowns.)

Which leads me to my next point:

Ultimately, you want a well-rounded utility player in James or Grimble, but if one or the other can block, that’s a bonus.

When Green was signed, blocking was the knock on his play as well.

This leads me to believe that the tight ends in the Steelers system aren’t all-purpose. As stated above, Johnson, and his predecessor Spaeth, do not catch many passes.

Will Johnson and Rosie Nix were never highly targeted in the passing game.

And Heath Miller, while contributing a nearly guaranteed 50-60 catches a season, had become an afterthought the last few seasons with Antonio Brown and Le’Veon Bell becoming the leading receivers on the team.

I’m under the impression the Steelers have a “we don’t care if you know it” approach to handling James’ work-on-the-job blocking ability. James has played every snap so far in 2016, which means James’ coaches and teammates are more than comfortable with any shortcomings film students find in his game.

Likewise, this answer to the title question, “Did the Steelers do enough to replace Heath Miller?” leans toward the “It doesn’t matter” answer, as Mike Tomlin all but said in his postgame press conference:

“We’re not waiting for Heath (Miller) or (Matt) Spaeth to come back. They’re still legends and we appreciate what they did for us. These are the guys who play for us now. They’re capable, and we have a great deal of confidence in them, and they delivered today.”

And deliver they did: through 2 games, James has 8 catches for 60 yards, while Grimble added 2 catches against Cincinnati.

Five of those combined catches have gone for first downs, with 2 more for touchdowns.

I’d say, so far, the Steelers tight ends are adequately living up to Heath’s legendary name.