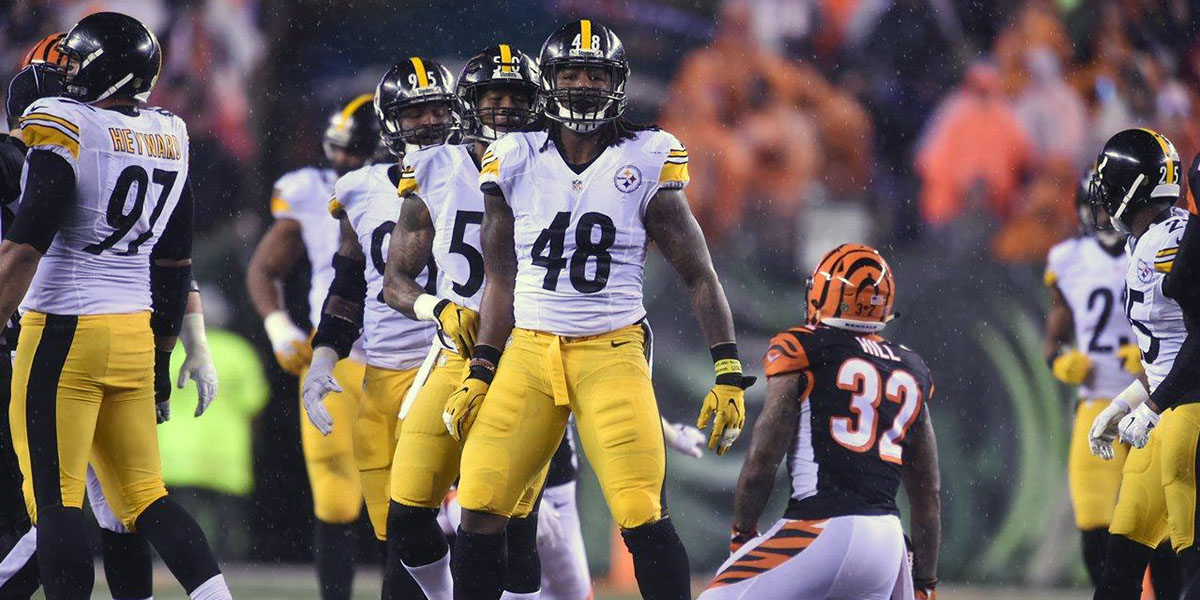 What happens when these Steelers return?

The Steelers are off to a hot 2-0 start, but most of us have overlooked the stories that dominated the preseason: what happens when some of the injured/suspended Steelers return?

In my opinion, the Steelers will be adding to an already potent offense and resurgent defense when these players return; that’s because, most of the names are some heavy hitters who could drastically impact games.

Here’s a list of Steelers who are in line for a return this season, and how they can help the Steelers get even better.

Wheaton was a slow starter in 2015, but finished the year strong: of his 5 touchdowns, 4 of them came in his last 6 games, including a huge 9 catch, 201 yard performance against the Seattle Seahawks.

Wheaton’s return would give the Steelers yet another offensive weapon. The WR finished 2015 with the 4th most catches (behind Antonio Brown, Martavis Bryant and Heath Miller) and 3rd most receiving yards (behind Brown and Bryant.)

With Bryant out for the year, he would be a welcome, experienced addition who adds yet another deep threat for Pittsburgh.

An unsung hybrid fullback, Nix has been dealing with an injury since the preseason that has limited his time in practice. His presence would add the blocking help that is lacking from the team’s current tight ends, Jesse James and Xavier Grimble.

Nix is currently week-to week, but should return soon.

While the play of DeAngelo Williams has made most forget about Bell, the latter’s play could kick the already high octane Steeler offense into outer space. Bell is arguably the second-best receiver on the team, and potentially the most dynamic runner in the NFL.

Though he missed games due to suspension last season as well, Bell quickly climbed to the top of the rushing charts; and stayed there too, following his injury.

There’s no doubt he would contribute in a big way, right away.

An incomplete at best, no one knows what Golson is capable of doing on the field: we haven’t seen it.

The Steelers opted to not place the cornerback on the Injured Reserve list, signifying their confidence in his eventual return, and ability to get on the field in 2016.

The first of many secondary replacements drafted, Golson is expected to play slot corner, and produce the same ball-hawking skills which made him a second round draft pick in 2015.

His addition could make the Steelers defense even better, however, so would…

The 2nd year linebacker was placed on IR, and if he recovers, could be designated to return this season.

Dupree had an instant impact as a rookie, getting 2 of his 4 sacks in Pittsburgh’s first two games of 2015.

With the Steelers once again employing a rotation at the OLB position, Dupree’s addition would give them a fresh body halfway through the season (or later) that could wreck havoc on opposing offenses.

The biggest mystery of the Steelers 2016 remains to be their biggest free agent signing in recent years.

Green was signed to be a big target and vertical threat, much in the vein of Martavis Bryant. While the Steelers have gotten by with decent tight end play thus far from James and Grimble, Green could be another player that could elevate the team’s offense to new heights.

The biggest question surrounding the tight end is if he will play, not when: October 13th is the earliest date Green could come off of the PUP list. The Steelers would then have a maximum of 21 days to allow Green to practice, and evaluate whether he would be activated for the season (provided he cannot be activated for Week 6’s game.)

October should be an interesting month, as Senquez Golson may also be ready to begin practicing, as it was the target date for his boot to be removed.

Both Golson and/or Green are complete unknowns in a black and gold uniform. Should both players make progress, they could add further intrigue as additions to the Steelers roster.