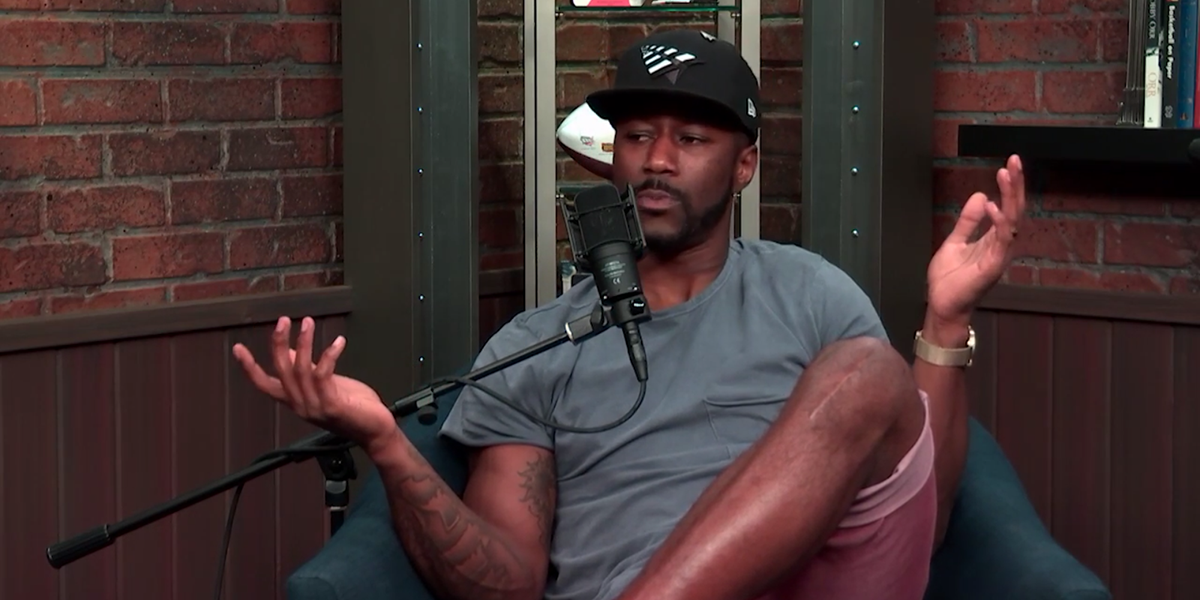 by Eric Herrmann (SteelersGrind) on September 24, 2016

Nate Burleson recently was a guest on the Fade That Pick: Garbage Time Podcast with Katie Nolan. At one point, Katie asked Burleson who his favorite receiver in the league to watch is. He answered “Antonio Brown, of course.” Katie heckled him for picking such an obvious answer, but after indulging her and naming another player, he went on a great rant describing why Antonio Brown is one of the best in the league.

You can watch his statement below. The video is set to resume when the question is asked, so you just have to hit play and enjoy.

For those unable to watch, I also transcribed the quote:

“who’s your favorite receiver to watch in the league?”

“…I’ll say Antonio Brown, I know its the common pick but let me tell you why though.  Because he’s not gonna out-jump you every time, he most likely won’t the majority of the time. He’s not the fastest guy in the world. He has a combination of catching with his hands and catching with his body, but what he does are these subtleties that are so beautiful when you know the game. His body positioning. You know if you watch him on a route he’ll place himself in between the ball and the defender in a way that’s as smooth as any player i’ve ever seen do it. And that;s something that’s taught, but is rarely learned. And I see him pick it up and he does it just flawlessly. That’s why I like Antonio Brown. It’s not just cause he does highlights and he twerks. My man is an artist out there, he’s an artist. And me, a guy who loves poetry, i love to write and it’s like you take a blank piece of paper and you just create something, that’s what Antonio does. Every play is a blank piece of paper, and you get him on the field and he’s just drawing a piece of beauty when Ben throws it up.” – Nate Burleson

What a statement. Burleson hit the nail on the head as he perfectly captures what makes Brown one of the best receivers in the league. All of the qualities he talked about you see week-to-week from Brown.

We’re all privileged to be able to be able to watch Antonio Brown in his prime. As Burleson said, when watching Brown, you don’t simply see a player who wins with speed or height.  You see a technician; an artist. Brown runs his routes with perfect precision and has the body control to always put himself in position to make a play. His lack of flashy qualities were what caused him to fall in the draft. He was seen as small, raw, and hot-headed.

Despite all of these, Brown had the work ethic to work his way to the top and perfect his craft. This work ethic allowed him to overcome his deficiencies and become one of the best in the league. Before Brown, we were used to seeing giant receivers dominate the league. Players like Calvin Johnson and Larry Fitzgerald were the prototypes that every team desired.

Brown changed all of this, and showed that size doesn’t matter.

Success isn’t simply based on things that can be timed or measured.

It’s based on heart, determination, and work ethic: some of Brown’s greatest qualities.