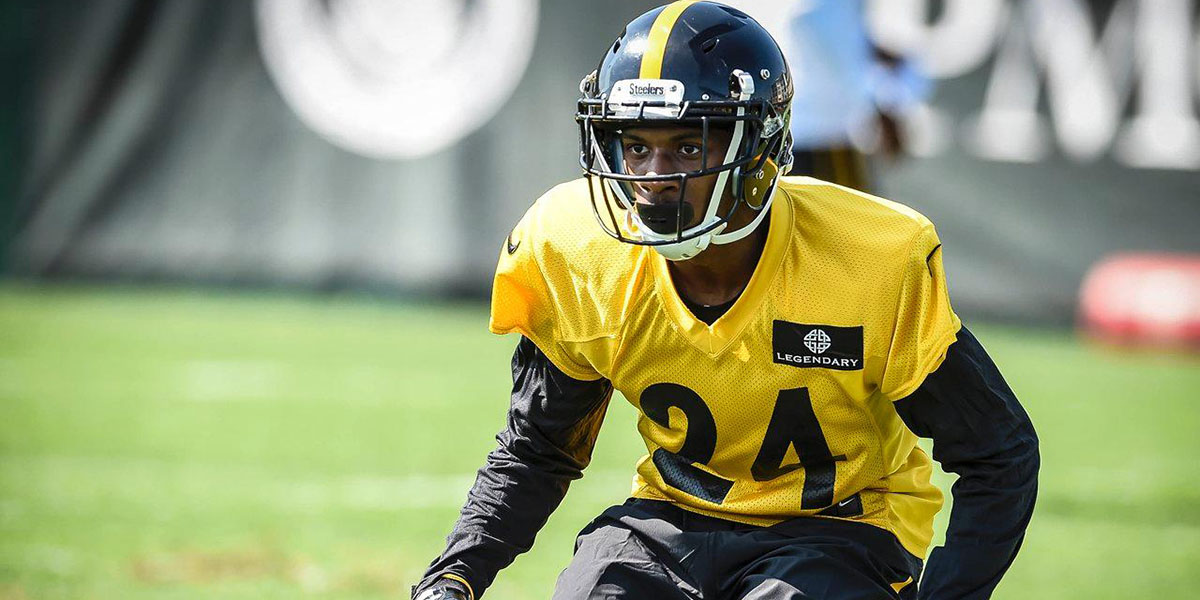 Boykin could go down as one of the most polarizing moves the Steelers have made in recent history (considering we still don’t know the outcome of TE Ladarius Green.) The cornerback earned a solid reputation playing in slot coverage with the Eagles, and became a member of the Steelers when then 2nd round draft pick Senquez Golson, who was expected to fill the same role, became injured in training camp.

The Steelers traded a conditional 5th round pick to Philadelphia to acquire Boykin.

There was a lot of speculation as to why the Steelers didn’t use Boykin. Some felt Boykin wasn’t a team player, or didn’t know the playbook. Others felt it could be that Pittsburgh was trying to limit Boykin’s reps as to not give up more than a 5th round selection, as the trade was “conditional.”

Still, another rumor surfaced over the summer, second-hand information from the Steelers men’s fantasy camp, where defensive backs coach Carnell Lake had allegedly commented on Boykin having a medical condition with his hip.

Regardless of the reason, Boykin was publicly unhappy about his playing time before and after he was with the Steelers.

Pittsburgh did not attempt to resign Boykin during the free agency period, and the corner had very little interest, before getting signed with the Panthers. He was then released by Carolina for unknown reasons, acquired later by the Bears, then suffered a pectoral injury, which landed him on Chicago’s Injured Reserve list.

Though he’s been with 4 NFL teams in 3 seasons, Boykin still feels compelled to tweet cryptic messages about his former team. One of those surfaced on Sunday, while Brandon was apparently sitting at home recovering from injury, watching the Philadelphia Eagles/Pittsburgh Steelers game:

This sparked a debate as to whether Justin Gilbert could suffer the same fate as Brandon Boykin. After all, the similarity exists where both players were late additions to the Steelers roster, both via trades.

The Steelers gave up a sixth-round pick to acquire the Cleveland Browns corner, the 8th overall pick from the 2014 NFL Draft. Gilbert was thought to have been the best of a deep cornerback class, but had floundered in Cleveland. Pittsburgh was all too happy to oblige, in an effort to bolster a poor secondary while adding another returner to the special teams unit.

That’s maybe where the similarities end.

Boykin was a fourth round pick, and most likely a casualty of then Eagles head coach Chip Kelly cleaning house with any who opposed him (as many players were released and/or traded during his tenure). Boykin never found success in Pittsburgh, but Gilbert is apparently in line to see playing time as soon as this Sunday. Part of that is having no condition on the pick traded to Cleveland: it doesn’t matter how many snaps Gilbert plays, whereas Boykin was likely limited as to not bump up to say, a fourth round pick given to the Eagles.

Justin Gilbert: "Coach said I've been working my tail off so they're rewarding me with this & gonna let me get some playing time (Sunday)."

Jordan Dangerfield said he worked with the 1s today at S for #Steelers. J. Gilbert said he expects to see action on defense as well

Gilbert getting a look in Week 4 means he perhaps has a better handle on the playbook than Boykin did. Players learn systems at different paces, so this is a plausible situation.

It also helps Gilbert’s situation that several other defensive backs are fighting through injuries: Sean Davis, a safety who flirts as the Steelers slot corner (due to another Golson injury in camp) is banged up and unlikely to play Sunday.

Even if Davis plays, it could be at the safety position, since fellow starting safety Robert Golden is also nursing wounds.

As seen against the Eagles, CB Artie Burns moved into the outside corner spot when Davis slid over at safety for the injured Golden. This automatically creates a situation where Justin Gilbert bumps up the depth chart, if not by default.

It also appears the Steelers are preparing for longtime practice squad S Jordan Dangerfield to start if Davis and/or Golden can’t go. With an emphasis on extra defensive backs, and the Steelers playing out of their base 3-4 for the majority of their first three games, Gilbert is almost a no-brainer to at least see some time on the field against the Chiefs.

It’s also important to note, Gilbert has been quiet since the Steelers made the trade for him: for a former top ten draft pick, the ego and bad attitude he supposedly had with the Browns has not popped up thus far in Pittsburgh. It’s likely his fresh start, along with an opportunity to prove he wasn’t a “draft bust” is driving his opportunity for playing time.

4 responses to “Is Justin Gilbert this year’s Brandon Boykin?”