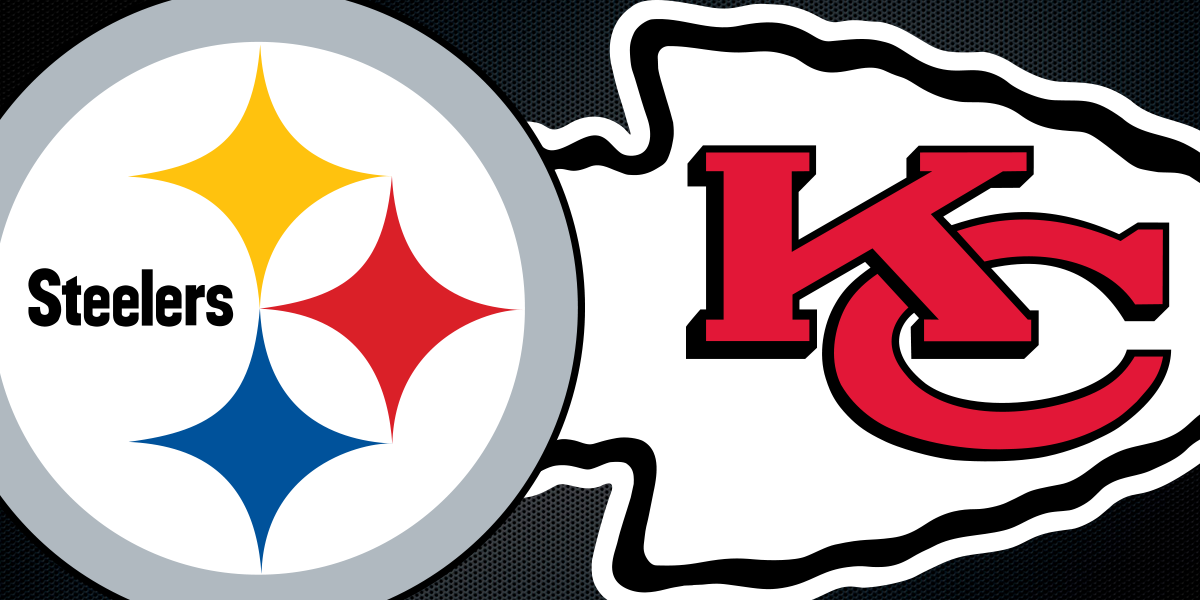 Previewing the Steelers Sunday Night Football contest against the Chiefs

Well Nation, I was going to start this off with a little joke about last week being a bye week, and if we had managed to stay healthy, that might have been okay. We didn’t, and we aren’t, so I cannot pretend that last week did not happen, much as I might wish it.

The depressing shadow of potential starters missing time is, unfortunately, looming over us. Unless there are some dramatic changes this week, Ramon Foster, Eli Rogers, Ryan Shazier are all “very questionable” according to Mike Tomlin in his weekly press conference. Robert Golden and Sean Davis are “TBD” meaning their availability for practice will determine their availability for the game.

These are not minor issues.

Shazier is the defensive signal caller.

Big Ragu is the guy who sets the line, and gives Pouncey the timing for snapping the ball, as well as giving Big Al help and guidance.

Eli Rogers has been a contributor in the slot.

These are not minor issues, still, we all know the mentality here – “Next Man Up.”

That is going to have to be the case in this game.

It’s not all doom and gloom though, there are positives, so let’s take a look at this Sunday’s game, and why, despite all the negatives, the game is actually in the bag.

No really, I mean it.

The Return of Le’veon Bell

There couldn’t be a better time (okay, maybe last week would have been a better time) for Le’Veon to return. The offense needs some, pardon the pun, “Juice” after last week’s performance, and Bell is just the guy to provide it. People are saying that despite missing 3 games, he will still, when all is said and done, lead the NFL in rushing.

I’ve said all along that even with his three game absence he can be a 2000 yards-from-scrimmage guy, and a 1,000 yard rushing and receiver. This is a major plus for the offense, because as good as DeAngelo has been, he’s not Bell.

Hopefully the loss of Ramon Foster will not be the fly in the ointment for Bell’s return, and B.J. Finney (who was the top ranked offensive lineman for the Steelers last week) will step up and perform.

Who’s Afraid of the Chiefs Anyway?

The Chiefs are 17th in points scored, 23rd in total yards, 22nd in passing yards and 21st in rushing.

Yes, they might get Jamaal Charles back this week, and that would kind of stink, but this team is ranked 25th in the power rankings overall, and there is a reason for that.

They have at least one solid receiver in Jeremy Maclin, and a really good tight end in Travis Kelce. I want to say Alex Smith doesn’t worry me, but Alex Smith is exactly who Carson Wentz looked like last week. All his passes were short except for 4, which sounds a lot like Alex Smith. The only difference is that Wentz threw some TD’s, and Smith has some difficulty doing that.

On defense, well, the Chiefs are a little scary. The best thing that can be said is no Justin Houston. That still leaves Dontari Poe, Derrick Johnson, Tamba Hali, Marcus Peters and Eric Berry to worry about. And it’s a bad idea to forget Dee Ford as well.

This is a good defense.

So are the Chiefs worth being afraid of?

Yeah, a little bit. Not so much offensively, but their defense can make us pay for mistakes, and we have made a few in the past few weeks.

No, it’s not all his fault.

It’s hard to look great under the kind of pressure he had last weekend – still, he’s been missing wide open receivers and that’s not like him. I know he hurt his hand against the Bengals, but what I don’t know is if that is still in any way affecting him. Last week he missed a wide open Jesse James multiple times, and others as well.

He wasn’t horrible, but he wasn’t Ben.

This week he’s got to deal with Marcus Peters, who, as Mike Tomlin said “is intercepting passes at an alarming rate.” He’s got 4 in 3 games. That’s pretty impressive, so the Steelers will need to be careful and Ben is going to need to be more accurate.

If not, Marcus Peters, Eric Berry and Phillip Gaines can make him pay for mistakes.

Assuming that nothing is physically wrong with Ben’s hand, I expect him to have a big bounce back week. He is 4-0 in his last 4 Sunday Night Football starts, and I expect him to be 5-0 after this week.

If a guy ever needs to have a bounce back week, it’s Markus Wheaton.

With Eli Rogers potentially out, that might put Wheaton in the slot, where he played most of last year. Even if it doesn’t, it should mean more targets, and he is going to need to take advantage of those targets.

If Wheaton and Sammie Coates can catch some balls, it will force Kansas City to pay less attention to Antonio Brown, and that will let AB do that thing he does.

If there is no viable second option for Ben, then they will try and smother AB. He may still get catches, but it could be like last week where he makes every catch under duress, and gets very few yards after catch.

Markus Wheaton needs a big week, and I believe he can provide one.

Somebody Needs to Cover Travis Kelce

Last week the TE position bit us in the butt, as it has done so many times before. Yes, there is evidence to suggest that with Shazier battling injuries, that took away our best weapon for covering the tight end.

If Shazier is out this week, as seems likely, somebody is going to have to step up.

Maybe L.J. Fort gets his shot, or maybe Vince Williams.

Tyler Matakevitch got at least a couple of snaps last week, so maybe he can step up and make a play.

I don’t know who it’s going to be, but somebody has to cover this guy: he can’t be allowed to run free.

Is This the Week Where Pressure Returns?

Despite the fact that Alex Smith gets the ball out pretty quickly, he will take a sack rather than force a throw. He’s been sacked nine times (3 per game average) this season, and was sacked 45 (2.81 per game average) times both of the last two seasons.

He’s not ultra-fast, and as I said, he prefers taking the sack to making a mistake with the ball.

That should set up James Harrison to get his first sack of the season, and maybe Arthur Moats will get his second.

It all depends on how many guys we choose to drop, and how many we choose to rush. If we continue to rush 3 or 4 without blitzing, well, we may not get to him. We haven’t gotten the kind of pressure I expected from the front, so who knows.

I’m hoping maybe Stephon Tuitt and Cameron Heyward can get their first of the season. I’d like to see our sack number (1 so far) at least triple by the end of this game.

This Game is a Lock

If last week taught me anything it’s this – trends are real. We hadn’t won in Philly in 51 years, and we still haven’t. Trends and patterns are worth paying attention to, and there is a trend that tells me we win this game no matter what.

My daughter will be there.

Yes, I realize it makes no difference. Yes, I know that not a single player on the team will have even the slightest idea that she’s there, or care that she is. I know, I know, I know!

None of that matters at all.

It doesn’t matter, because when Emily is in the house, they don’t lose.

When Emily is in the house, they win: she has never seen the Steelers lose at Heinz field (5-0), and she (and my wife and I) will all be there, sitting in FC 1, and screaming our heads off.

Look – trends bit the Steelers in the butt last week, so dammit why not have a trend work in our favor!

(And yes, this is my shameless plug that if this trend continues the Steelers need to make sure Emily is in the house for every game!)

With Emily in the house – the Steelers win.

I expect us to rebound in a big way this week. I expect Le’veon to have a solid game, and Ben to have a great one. I expect the defense to get some pressure, and maybe rack up a few sacks.

I expect Renegade to be played!

Last week (I hope) was an aberration. This is the team we think it is, and I expect them to play like it this week. See you at Heinz Field this Sunday Nation – until next time.