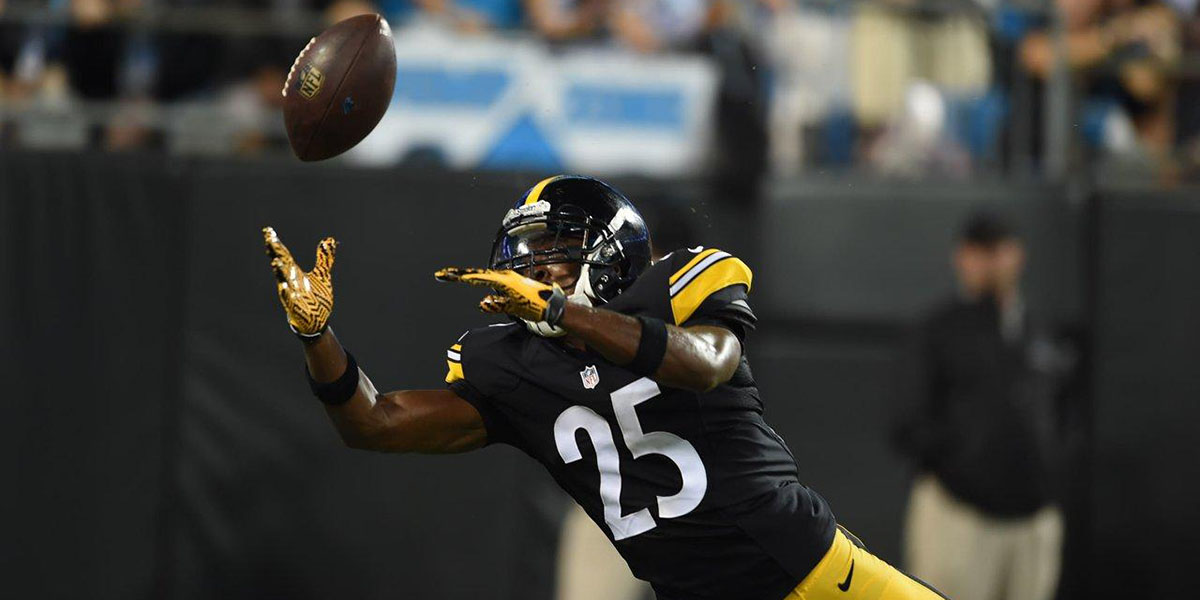 Artie Burns: The Next Ike Taylor?

A long time ago, on a football field far far away, the cornerback position wasn’t an area of concern for The Pittsburgh Steelers.

Well, it sure feels like a long time ago.

Think back to the team’s most recent Super Bowl winning seasons: great run game and great defense. Whether it was Joey Porter, Troy Polamalu, James Farrior or Jerome Bettis stealing the show; or James Harrison, Polamalu, Farrior, and Willie Parker (and company Mewelde Moore) for the following Super Bowl victory, solid defense and a solid run game were a must.

Aside from the obvious superstars on both Super Bowl winning teams, there is one man who, in my opinion, was never given enough credit. That man with not one, but two shiny Super Bowl rings, is Mr. Ike Taylor.

Taylor retired at the conclusion of the 2014 season after playing his entire career, 12 years, with the Pittsburgh Steelers. Taylor’s career was filled with its share of ups and downs; Taylor didn’t start a full season until his 3rd year, and lost his starting gig at one point, having to earn it back (in the eyes of head coach Mike Tomlin).

However, despite all of the downs in Ike’s 12 years, I think the positives outweigh the negatives. Say what you want about Ike “Swag U” Taylor, but the man did what was asked of him for the most part. Ike was an easy scapegoat for people when big plays were given up, but truth be told, Pittsburgh misses Ike Taylor.

The AFC North used to feature the faces of Chad Johnson, T.J Houshmandzadeh, Derrick Mason, Anquan Boldin, and Braylon Edwards: all of, when in the prime of their careers, were legitimate threats on offense.

Do you know who was responsible for covering these men most of the time?

Granted, some of these players found some level of success against Ike, but not on a consistent basis.

Now the North has the likes of AJ Green, Terrelle Pryor, and Mike Wallace (again).  The Steelers have to face these men twice a year, and someone is going to have to cover them. Ross Cockrell‘s recent success against AJ Green is encouraging, but hard to imagine he can keep that up for years to come.

The similarities between these two cornerbacks has me thinking that the Steelers front office had to realize they were drafting another player close to Ike’s skill set. Both Artie Burns and Ike Taylor were viewed as very raw when selected in their respective drafts.

In other words, the two of them are seen as above average athletes who could end up being very good at football: they are tall, fast, and look great at combines.

As projects, both men ended up being unpopular picks at first.

Taylor weighed 197 lbs. coming out of college. Artie weighed in at 193 lbs. in this year’s draft.

Burns measures in at just over 6 foot even.

Taylor and Burns had to go through a maturation of sorts while attending school. Ike was forced to take a whole season off due to academics, and Artie suffered a tragic loss in his family while at school. Burns’ heartbreaking ordeal far outweighs Ike’s immaturity, but both still had to overcome adversity at school.

Another point I found rather interesting is the attitude that both men play with.

Ike Taylor was made famous for his claims of attending “Swag University” but obviously he did not attend a fictitious school. Still, Taylor played as if he could have attended such a school at times. Ike was known for being somewhat of a presence on the La.-Lafayette defense. He sidelined multiple opposing players his final year at La.-Lafayette with various injuries.

Artie Burns has shown that he too can play with nastiness at times. He recently suplexed an opposing player from the Patriots (and got flagged). He can be seen doing the same exact thing to a wide receiver from Duke on his college tape.

However, he didn’t fight through blocks too well at Miami. That’s something that can be fixed over time; Ike Taylor fixed it over time too. (Remember Pat White? No one else does now either.)

That nastiness, or “swag” as Ike would call it, is prominent in both Artie and Ike: and I like it… but Burns and Taylor have their differences too.

The pressure wasn’t as intense for Ike as it is now for Artie. Ike was a 4th round pick out of a very small school.

Artie also put up way better numbers than Ike; his 6 interceptions lead the ACC in 2015.

Burns has a lot more experience at the position coming out of school, and I mean a lot. Taylor was a tailback when he first arrived on the La.-Lafayette team. (Burns is also a two sport star, as a highly-decorated track athlete in high school and college.)

You could say the Steelers are expecting more out of Artie: and sooner. Remember, Ike didn’t start until his third season. I’m all for waiting until Burns is ready to take on number one receivers, but I’m also really hoping that happens during this season, at some point. I don’t want to rush the kid, but Bud Dupree and Ryan Shazier (although Shazier was injury-plagued) both won their starting gigs as rookies.

However, Burns’ lack of strength seems to be more of a red flag than it was for Ike, but again, this is something that I am confident can be refined. William Gay is one of the better tackling corners in the NFL, and will serve as Burns’ mentor in that department (I’m assuming).

In all, these similarities may be mere coincidence, but I doubt it. I think the Steelers Front Office, and Coach Mike Tomlin, were targeting an Ike Taylor-style player when they selected Burns. Time will tell if that will pan out: with all the negative feedback and harsh things I heard about Burns when Pittsburgh picked him, turning out to be the next Ike Taylor wouldn’t be so bad.

However, I think he will be light-years better than Taylor.

There’s a reason Pittsburgh had to take him in the 1st round and not the 4th round.

I would say Artie’s floor is Ike Taylor 2.0… and his ceiling is being a Pro Bowl cornerback for the Pittsburgh Steelers.

Even if he doesn’t hit that projection, hopefully he can one-up the “old man” in one category: Super Bowl rings.

8 responses to “Artie Burns: The Next Ike Taylor?”