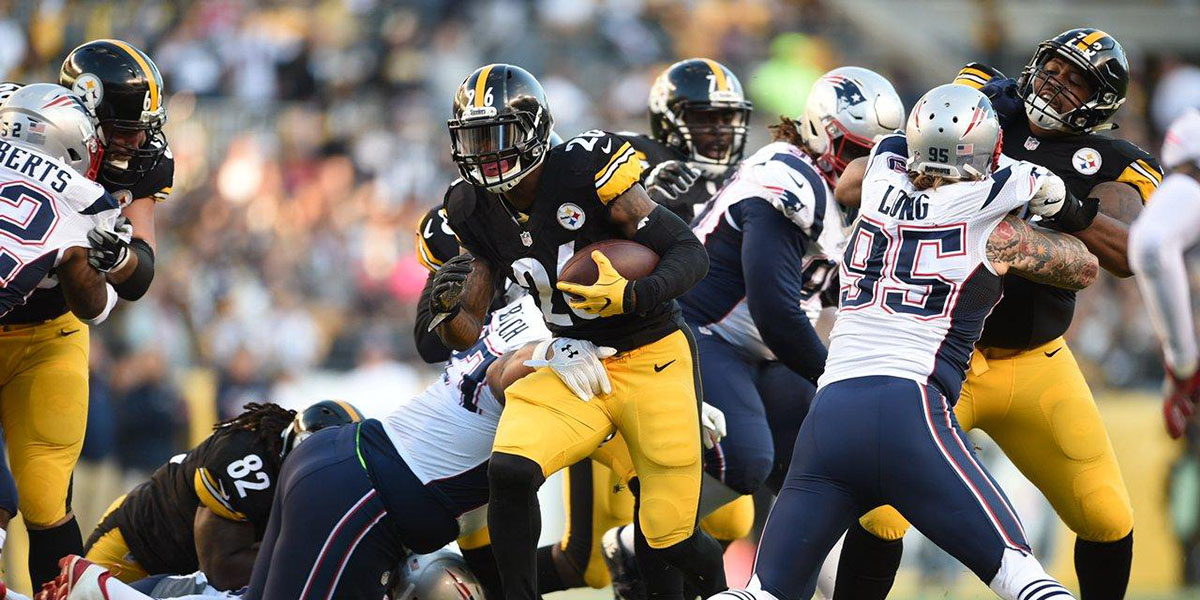 The Steelers are in a tight race right now: along with the Ravens, both team sit at 6-5, with the Ravens currently holding a tie-breaking advantage with a head-to-head win.

Though this season has been rocky, the Steelers still have a great chance of making the postseason. Let’s take a look at the their path to making the playoffs.

The wildcard spots in the AFC currently belong to the Kansas City Chiefs (8-3) and the Miami Dolphins (7-4). Both teams are hot right now and show no signs of slowing down.

The Denver Broncos (7-4) are also in the heat of this race and could easily overtake Miami.

Though a wildcard spot is certainly possible for the Steelers, I wouldn’t bet on them getting one of the spots. If Pittsburgh were to tie Miami, the Dolphins also hold the head-to-head tie-breaker over the Steelers.

They would also have to hope the Kansas City Chiefs could lose some games in December, along with the Denver Broncos. The Steelers own the tie-breaker over the Chiefs, should they tie with the same record. It would require Pittsburgh winning out, and finishing 11-5.

With a wildcard spot seemingly out of reach, the best path to the postseason is through the AFC North.

At 3-7-1, it seems pretty safe to eliminate the Cincinnati Bengals from the playoff race. Though it is still mathematically possible for them to make it, recent injuries and poor play don’t give us any reason to think they can turn their season around.

The Cleveland Browns, on the other hand, are in fact mathematically eliminated from playoff contention.

This leaves the Ravens as the Steelers primary competition for the AFC North crown. Fortunately for the Steelers, their path appears to be easier than the Ravens’.

The Steelers remaining opponents include:

The Ravens remaining opponents include:

The Steelers have a favorable schedule to finish out the season. Their toughest opponent comes next week with the New York Giants coming to Pittsburgh. Though the Giants have played good football this season, the Steelers have gained momentum recently. Add in that the game will be at Heinz Field and this is one that is definitely winnable.

The following week the Steelers visit the Buffalo Bills, who have been hot and cold all season. Though this game could easily turn into an infamous trap game, the Steelers are a better team than the Bills and should be able to win, in what may be another “home away game” with a short trip for Steelers Nation up to Western New York.

The Steelers close the season with three straight AFC North match-ups. The Bengals could be their toughest opponent in this stretch. The game will be played in Cincinnati and the team will certainly be playing pissed off. However, this is a very winnable game.

The Steelers finish the season with two straight home games against division opponents. AFC North games are always tough and unpredictable; luckily for the Steelers, the home team in these contests tend to hold the edge. The Steelers can definitely win both games, with one of those against the Ravens.

I think it’s safe to predict the Steelers finishing the season 4-1. The Steelers don’t have an easy path ahead of them, but it’s easier than the Ravens’.

The Ravens have a much tougher road ahead than the Steelers. Besides the Bengals, they play teams that have flashed dominance this season. Even though the Bengals are the worst team they play, the fact that the game will be in Cincinnati, and they could get healthier, makes the challenge tougher. The Bengals also hold a tremendous edge over the Ravens: before their Week 12 win over Cincinnati, Baltimore had lost 5 straight games to the Bengals, and 6 of their last 8.

The additional mark in the loss column over that eight game stretch was an overtime loss in 2013.

Therefore it’s not outlandish to think the Ravens finish the season going 1-4; and finish with a record of 7-9.

The Steelers season has been full of variance, but they seem to be over the hump. They have won two games in a row and have momentum on their side. Their two wins have come against subpar teams, and now they have the chance to prove that they are legitimate playoff contenders this Sunday when they play the Giants.

The road to making the playoffs is clear. It is now up to the Steelers to win the AFC North crown and earn their spot in the postseason.