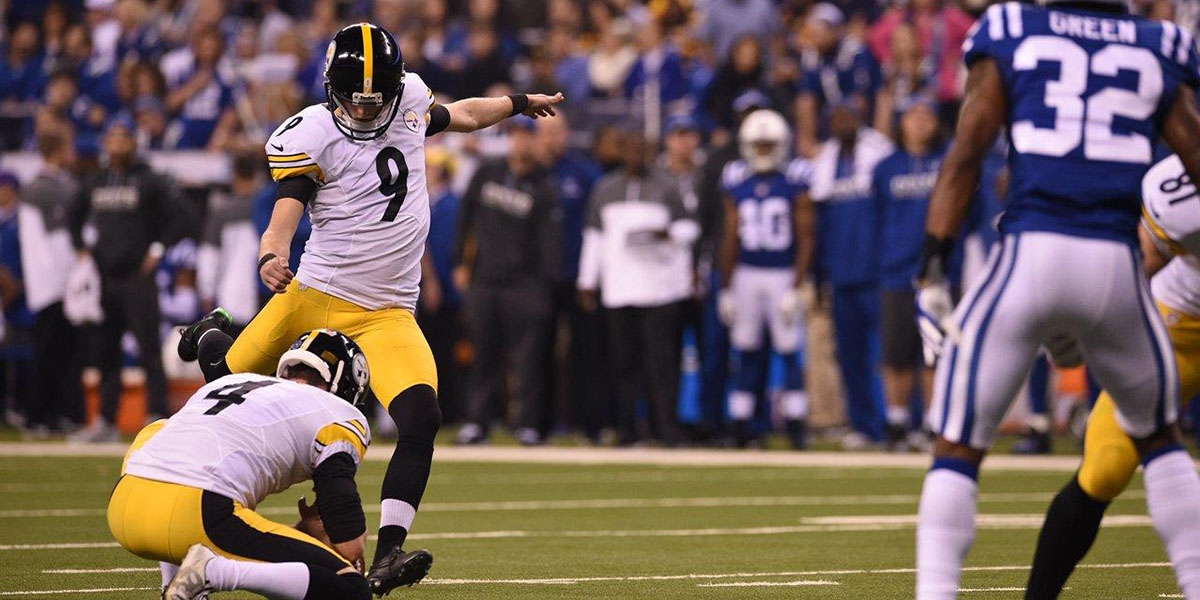 I honestly didn’t think there would be another Special Teams Film Room feature this week, however, there were two plays that unfolded on Thanksgiving night which impacted the game. So here we go again, talking about kick returns, punts, and fakes!

The inspiration of the headline: AB’s penalty.

Was it ticky-tack? Yes.

Could it have been avoided? Yes.

The 15-yard penalty was enforced on the ensuing kickoff, where Chris Boswell launches the ball 70 yards, to the Indianapolis 10.

Yes, Boz booms this kick 70 yards and it does not go into, nor out of the endzone, making it returnable.

Former Steeler, Jordan Todman, bring the ball out, and ends up taking it 43 yards to the Pittsburgh 47.

Keep in mind, Todman received the ball near his own 5 yard line. Despite the strategy of “sky kicks” this season (forcing returners to bring the ball out and hope to force them short of the 25 yard line starting point for a touchback) the Steelers special teams unit did not have the same head start that Todman did.

This all stems from the Brown celebration penalty pushing Pittsburgh back 15 yards. It set the Colts up with fantastic field position, when the Steelers had momentum on the road with a 14-0 lead.

It would also lead to Indy’s only score, but not before the Colts special teams had another play in mind, following what appeared to be a successful 3-and-out by the Steelers defense.

McAfee connects with backup TE Erik Swoope for a 35-yard first down conversion. The play is brilliantly executed, with several Colts a misdirection (bottom of screen) to take LB Ryan Shazier out of the play. (Shazier is frozen on who to cover.

His counterpart, Tyler Matakevich, fails to get a hat on Swoope, who breaks free for the completion.

I believe one of the reasons that the Colts went for the fake punt is because of an earlier Adam Vinatieri miss. The veteran 43-year-old kicker is one of the game’s all-time greats, and a future Hall of Famer in his own right, but had missed a chance to close the gap early on a 52-yard field goal try.

The miss set the Steelers up on their own 42, and lead to Antonio Brown’s aforementioned celebration, which put Pittsburgh up 14-0.

The Colts were in a must-win situation as well, sitting on a 5-5 record in another tight division race. Clearly out of Vinatieri’s range, and needing some momentum to stay in the game, their hand was forced in attempting the fake punt.

Had Vinatieri made his field goal, perhaps Colts Head Coach Chuck Pagano may have opted to allow his defense a shot at pinning Pittsburgh deep. It’s possible the game may have been 7-3 instead of 14-0 at that point, which is why special teams is so important.

The Steelers conceded 7 points on a combined penalty, kickoff return and fake punt play, so points swing in each direction based on the third phase of football.

Wisely, Mike Tomlin didn’t attempt any 2-point conversions in this game; so this week there’s nothing to mention in that department, as Chris Boswell converted on all 4 of his extra point attempts.

In a dome stadium that should be expected of Boz, but I wouldn’t be surprised if weather (and analytics) factors into Coach Tomlin trying for two points again in the near future.