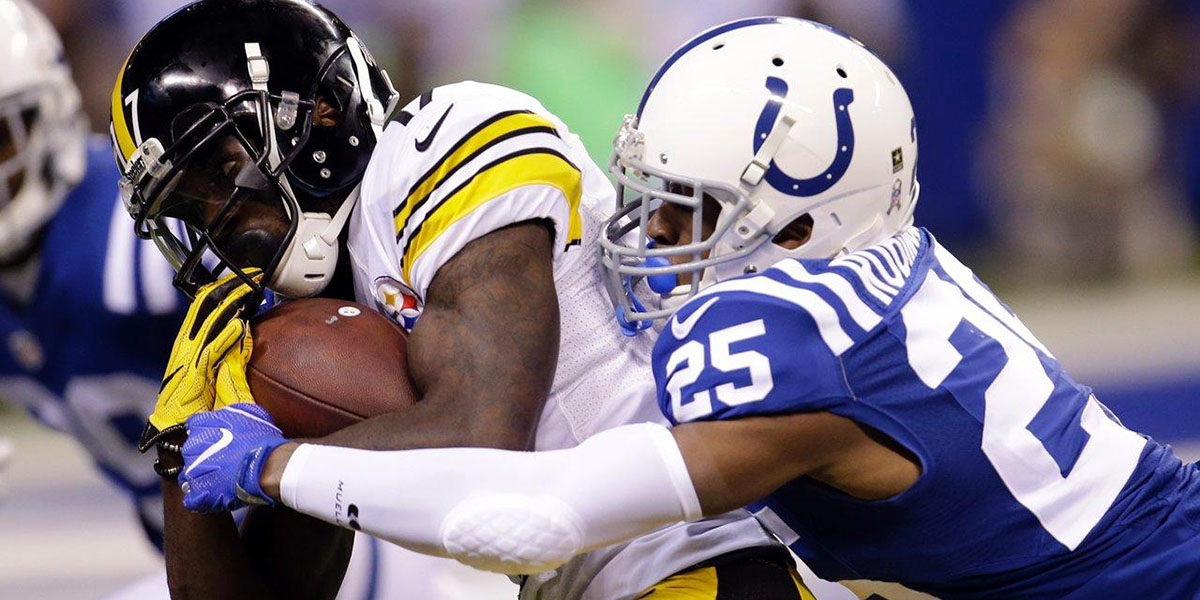 It is no secret that some of Steelers Nation was worried about the team’s most recent game versus the Indianapolis Colts. The Colts have had their struggles all season long, and were without their starting quarterback, Andrew Luck.

Normally, these would be considered good things for the opposing team.

However, the Steelers have had a knack for losing games that appeared “easy” at first glance.

Fortunately, this was not the case on Thanksgiving Day because Pittsburgh handled the Colts and then some.

Ben Roethlisberger almost posted a perfect quarterback rating, while only completing 14 of his passes. Ben threw for 3 touchdowns and just over 200 yards on his way to victory. Considering only 14 passes were completed, most of the Pittsburgh wide receivers did not have the flashiest of days, but they still did what was asked of them.

A great example came on the Steelers first scoring drive. On an important 3rd down and 8, Big Ben found Eli Rogers breaking open across the middle for a gain of 30 yards!

This would be one of Rogers’ two catches on the day, but a big one nonetheless. The play would set up an easy score for Le’Veon Bell, as he crossed the plane from 5 yards out to give his team an early lead.

Ramon Foster throws an incredible block on this play, and Eli Rogers holds his man off long enough, making it look very easy for Bell to score.

The next time Pittsburgh had the ball, it was Antonio Brown‘s turn to get involved.

The Colts secondary had absolutely no answer for the All-Pro. A lot of noise had been made about Colts starting cornerback Vontae Davis possibly not playing. Well, he played… and it could not have mattered less.

Brown had himself a field day in the Indy secondary and he was about to find pay-dirt for the first time of the evening.

Big Ben fires a strike down the right sideline and hits AB on his back shoulder for 25 yards, and a touchdown on what looked to be an uncoverable pass play.

Ben and AB made it look easy.

Pittsburgh extended their lead to 14 at this point.

After a scoring drive from the Colts, Big Ben and company wasted no time with their retaliation. On a crucial 3rd and 13 play, Big Ben took his new “Ferrari” for a spin (finally).

That’s right, Roethlisberger connected with Ladarius Green for 32 yards, and his most explosive play as a Steeler yet!

We all caught a glimpse of what Green can mean to this offense. (The best is yet to come.)

That long pass play would set up the next score for Roethlisberger. Ben dialed “84” again, this time for 33 yards on Vontae Davis.

AB drags his feet in the endzone, and racks up another 6 points for his team.

Big Ben was looking hot in the kitchen tonight. He was cooking up some fire with Antonio Brown and Ladarius Green.

So, why not go back to that recipe?

On the Steelers final scoring drive of the contest, Ben struck Green again. On a very similar play, Roethlisberger again found Ladarius for a huge gain: 35 yards to be exact. (He already out did himself, accumulating more yards than his previous deep catch.)

Just like earlier in the game when Ben found Green for 30 plus yards, he found Antonio Brown shortly after, for another score.

Roethlisberger tossed up a beauty to AB for 22 yards and the touchdown.

Brown had just hauled in his third touchdown of the game, a hat trick! Believe it or not, this was the first time in AB’s career he had accomplished that feat. A big congratulations to him as the Steelers went on to win and advance to 6-5, still tied with Baltimore for the division lead.

A few things to digest statistically about the Steelers offense from Thursday:

What else is there to say? It’s honestly hard to complain about what the offense did on Thanksgiving.

And for that, I’m thankful for my Steelers.