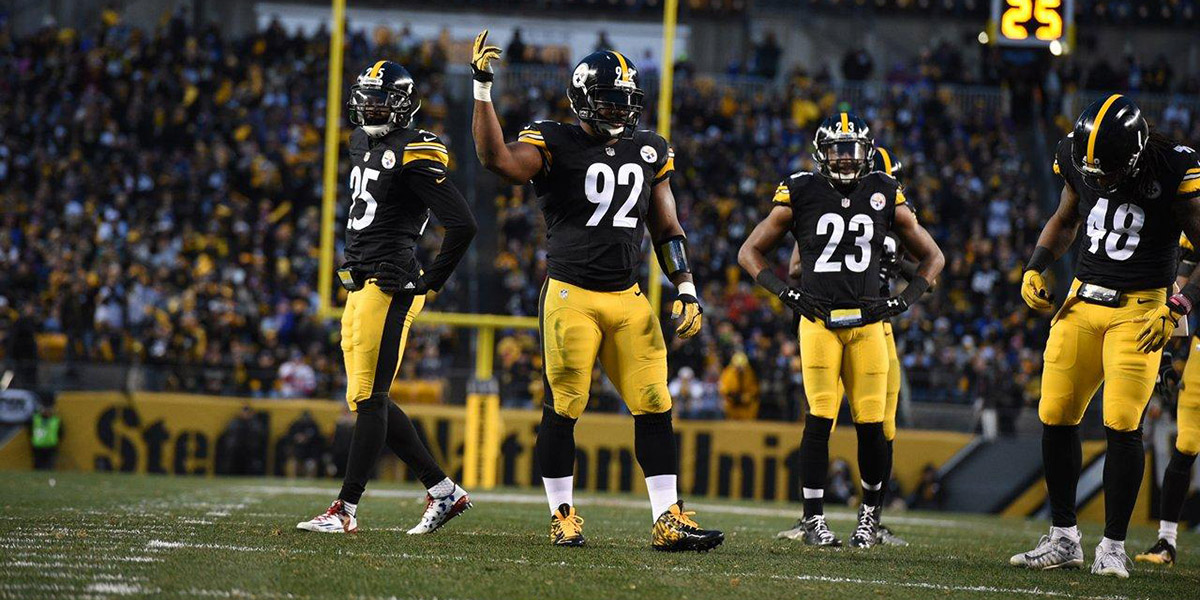 Four weeks ago, the Pittsburgh Steelers suffered a crushing defeat at home to the Dallas Cowboys. Pittsburgh took the lead with 42 seconds remaining, and the defense could not hold the fort as Dallas marched down the field for the winning touchdown, aided by a penalty.

Fast forward to right now. Pittsburgh is surging with a three-game winning streak. They are now 7-5 and right back in the middle of playoff contention.

And a revamped defense is leading the charge.

Definitely a sight for the sore eyes of fans who didn’t think this defense was capable of dominant play.

In the last three games, the Steelers defense has allowed a total of 30 points, including a garbage time touchdown by the Giants last Sunday. All of the important categories have seen dramatic improvement – sacks, interceptions, quarterback pressures, points allowed, and red zone scoring defense.

Throw in a few goal line stands, and consistently getting off the field on third and fourth down, and what we have is a defense that is meshing just in time for a playoff run.

Head coach Mike Tomlin credits continuity for the huge turnaround the defense has made, and should continue to make. Rookies Sean Davis, Artie Burns, and Javon Hargrave seem to finally understand, and feel where they fit within the defense; which has allowed them to play faster and with more instinct.

Their contributions have been very significant, especially Davis who has been absolutely phenomenal of late.

The oft-maligned Mike Mitchell has found his rhythm, and has reestablished himself as the enforcer of the secondary.

Stephon Tuitt has stepped up huge in the absence of Cam Heyward. Ryan Shazier is a star in the making. James Harrison and Lawrence Timmons have been drinking gallons of water from the fountain of youth.

If Bud Dupree can get up to speed after returning just a few weeks ago, he will give Pittsburgh’s defense a much needed edge presence opposite Harrison.

I’m not going to say the Steelers defense has turned the corner just yet. Several challenges lie ahead, starting Sunday in Buffalo. But there’s no reason to believe the improvements aren’t legitimate, and there’s no reason to believe they won’t continue. It’s all about getting hot and coming together at the right time, and for Pittsburgh’s defense, this sentiment is ringing true.

December football is what everyone remembers. It’s where playoff teams start to show that they are indeed playoff teams. If the Steelers defense keeps playing like it is, come January 1st, we’ll all be saying: “That was a December to remember.”

One response to “Steelers’ defensive turnaround couldn’t be more timely”