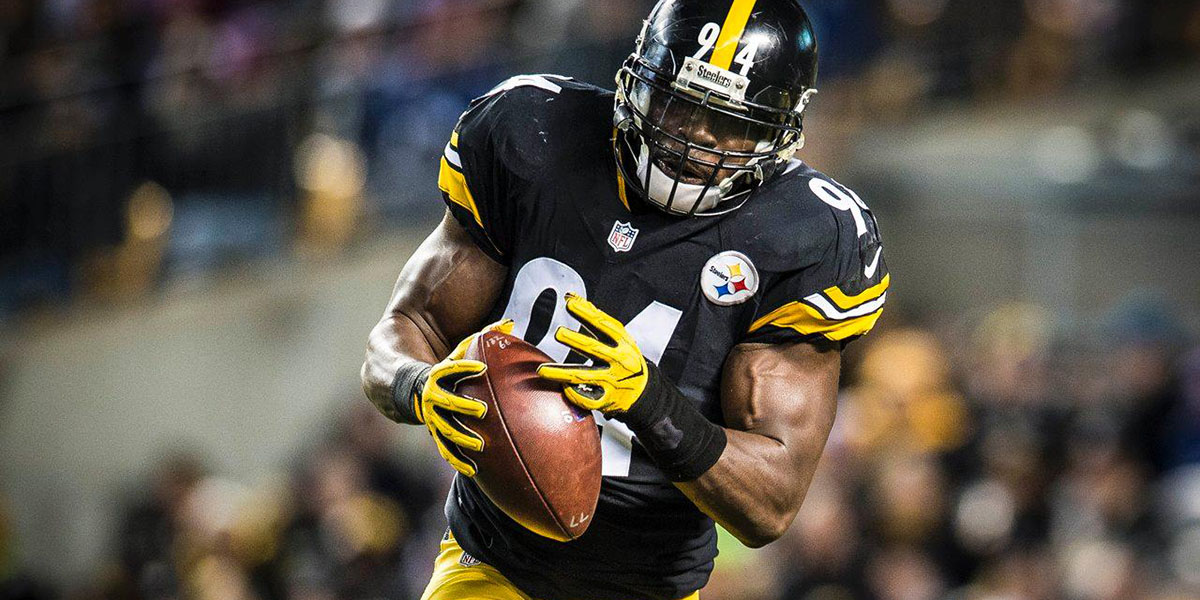 One of this year’s biggest offseason stories is what would happen between the Pittsburgh Steelers and LB Lawrence Timmons.

A common practice of the Steelers is to not negotiate new contracts during the regular season. Typically, cornerstone players receive a contract extension during the offseason, before the kickoff of the regular season begins. Once in-season, the team believes business stays on the field.

Naturally, many were keeping an eye on Timmons’ contract situation. The first draft pick of the Mike Tomlin era (as the Steelers first round selection in the 2007 NFL Draft) was entering the final year of a 5 year, $47,795,750 contract. Would Pittsburgh extend the 30-year-old linebacker’s rich deal; one that has the second-highest cap hit next to Ben Roethlisberger?

Or did the Steelers see Timmons as an aging, limited player, who came off the field on third down?

The artificial, team-imposed deadline passed with the start of the regular season, and Timmons was not extended. Many questioned if he had a high price tag, or if the Steelers didn’t value him as the once did.

Further reinforcing those beliefs, ILB Vince Williams had his contract extended 3 years before the same deadline.

Would Williams be Timmons’ successor?

Well, look no further than the last few games to see how much Timmons is being utilized in Pittsburgh’s defense. Following a spectacular game-changing interception against the New York Giants, the story has changed from “Timmons won’t be back” to “Will Timmons be back?”

The question is, has Lawrence earned himself a new contract?

The answer isn’t the easiest, but I don’t see why he hasn’t.

The knock had been that Timmons wasn’t going to be an “every down player” in the Steelers revamped defense. Those with supposed “inside” knowledge made that claim, along with the steady fear of the Steelers once again growing long-in-the-tooth by not replacing an aging player.

However, Number 94 has been an ironman his entire career. Entering his 10th season as a Steelers, Timmons has only missed 2 games: all the way back in 2009. He’s started in every game over the last 5 seasons, including every game in 2016, despite a serious scare in the Eagles game, where the linebacker was sent to the hospital, fearing a shin injury.

UPDATE: LB Lawrence Timmons has been taken to a local hospital for further evaluation on his shin. He will not return to the game today.

Turns out that not only was Timmons okay, but he would actually play more throughout the next few games, due to an injury to his counterpart, ILB Ryan Shazier.

It was during this time that Vince Williams saw an uptick in playing time, recording 21 tackles and 2 sacks in 2 games (Kansas City and New York Jets) but that didn’t make Timmons an afterthought whatsoever.

With exception of the in-game injury, Timmons has played nearly ever defensive snap for the Steelers this season, save the first few games, where he came off the field in sub packages. 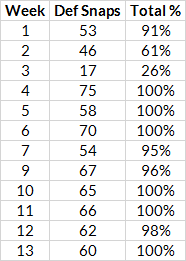 Like Williams, Timmons turned on the juice midway through the year.

Against New England, Timmons had 11 solo tackles. He followed that up a week later with an 8 solo tackle performance, and equalled the mark against the Colts.

Yet the more impressive fact is that he’s once again leading the team in tackles again.

He’s also one of the few Steelers who never leaves the field. Defensive Coordinator Keith Butler has found a way to maneuver Timmons all over the field, including rushing him from the edge. He’s become, once again, a versatile chess piece who’s value to the defense cannot be undervalued.

In fact, it’s the most recent usage of Timmons’ talents that could see his talents secured for future seasons. I’ve always felt he would “forever be a Mike Tomlin guy” due to being the head coach’s first pick.

Yet, it’s a lack of pass rushers that could see Timmons return for seasons to come. Years ago, Lawrence filled in for a then-injured James Harrison at outside linebacker. With the 38-year-old Harrison currently as the team’s best pass rusher off the edge (and who’s future beyond 2016 is undetermined) along with Jarvis Jones also being a potential free agent candidate, could it be possible that Timmons returns to the outside, even part-time, while the Steelers work in the signed Vince Williams on the inside?

That’s purely speculation, but as we know the Steelers coaching staff’s love of having versatile players, it makes the campaign for keeping Timmons even stronger.

Also consider his high level of play for now turning into an elder statesman of the team, and it’s possible that if the two sides can work out the financial details, perhaps Lawrence Timmons has earned a new contract; and the right to retire a Pittsburgh Steeler.

One response to “Has Lawrence Timmons earned a new contract?”