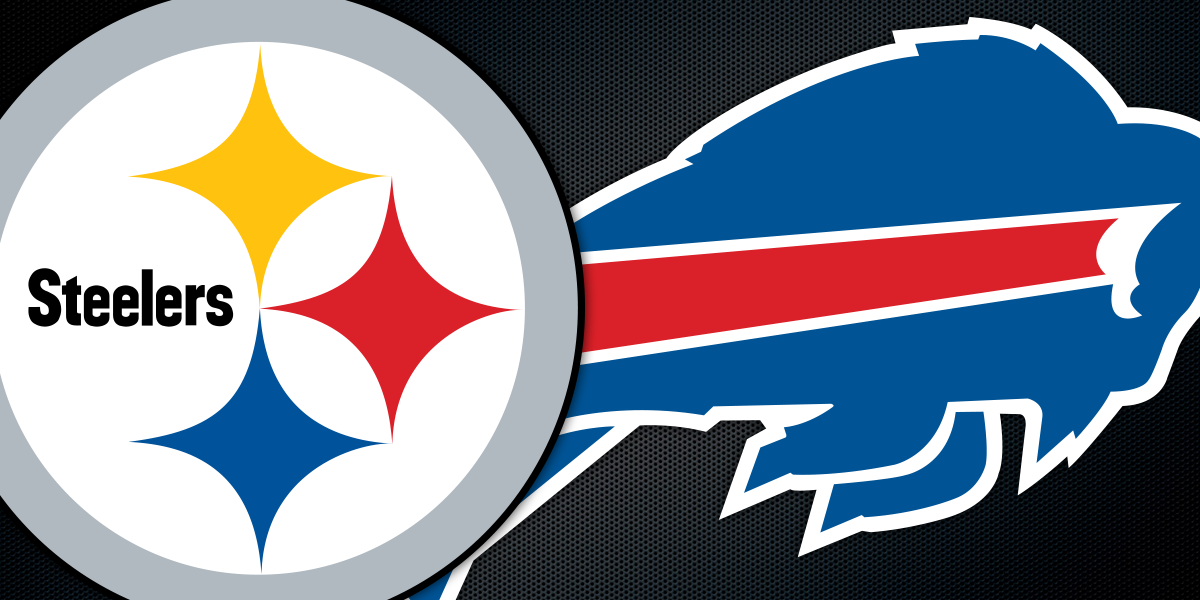 That’s right Nation, the Steelers are headed to Buffalo this weekend, and the weather forecasters are calling for it to be cold, and maybe even snow. The last I checked it was snowing in Buffalo now, going to snow tomorrow, and going to snow more on Sunday.

I say bring on the white stuff!

The thing about the Bills is that they can run the ball. They are the owners of the top rushing offense in the NFL, and their top 3 rushers (LeSean McCoy, Tyrod Taylor and Mike Gillislee) all are rushing for over 5 yards per carry on average. I don’t know about you, but my math says that means they only need 2 downs to get a 1st down (5+5 =10, right?).

Yeah, I know it doesn’t work that way, but the numbers sure do tell you that these guys can run the ball, and our defense, already hampered by missing Cam Heyward, also looks like it will be without the services of Javon Hargrave, who is still in the concussion protocol.

So what do we expect this week, and what should we look for?

Because of the math I stated above, 1st and 2nd down are going to be important when the Steelers are on defense. If we can keep them under their average, and limit the damage on those first two downs, put the Bills in 3rd and long or 3rd and medium, we’ll be doing a great job defensively. Dan McCullers needs to be angry. He needs to reach down inside and find his inner nasty, and let his play reflect it. He’s going to get a lot of snaps with Gravedigger out, and he needs to step up. Big Dan definitely has the stature to stand tall, but he’s not often shown the fire to really be a presence along the line.

Hopefully he plays with a chip on his shoulder this week.

Sean Davis has been great in run support the past few weeks. So good that many people out there are calling him “Polamalu”-like. Hey, I get it, but, let’s not get ahead of ourselves. If Davis can just keep playing the way he has been, that will be great. Our speed on defense is going to be a key to bottling up the Bills rush. Shazier, Davis, Burns, Timmons – these guys are gonna have to be able to track down the Bills runners and then be sure in their tackling.

Missed tackles in this game could kill us.

But it’s not just first and second down for our defense that matters. Just as we need to stop them, our offense needs to produce on 1st and 2nd down. We need to keep out of 3rd and long situations, and get good production out of those 1st and 2nd down plays. We need points. If we can start to stack up the points, that will put pressure on the Bills to throw rather than run, and that is not playing to the Bills strength.

If we can get up by 14 points, it will change the tone of the game, and producing on those early downs will go a long way to helping us produce those points.

There is this guy who played at Clemson with Martavis Bryant. His name is Sammy Watkins. He has been hurt much of the season, but he played some last week, and you should expect him to be more involved this week. That means Artie Burns and probably Ross Cockrell will likely have to cover him. The Bills are not a great passing team right now, and we don’t want to be the team they get healthy against.

A lot of that will depend on whether the play of Artie Burns and Sean Davis continues to progress. If these two guys can continue to make some solid plays in run support, which is going to be necessary against the Bills, that will be a great indicator that the defense is headed in the right direction.

Last week was a breakout for Ladarius Green, so the question is – does the show continue? Rex Ryan is no dummy, and he knows the Steelers well, so it will be surprising if Ladarius gets so many wide open shots, but you know, Heath was in the league for how long, and always managed to somehow be forgotten by the defense at key times in the game when we needed him to be wide open. Hopefully Ladarius has that same kind of magic.

If we can get him into the game early, and open up things by hitting him across the middle a couple times, I think that will open things up for Antonio Brown, and maybe for another guy named Sammie…

I really don’t know how bad (or good) Sammie’s fingers are, but for some reason I have a feeling that we might see a Sammie Coates long ball this week. Yes, the weather is against it, the Bills are against it, shoot almost everything is against it, but to steal a headline from Joe Kuzma, call it a bold prediction – Sammie gets a long ball.

Le’Veon is going to be key. Ring the Bell often, ring the Bell early. But keep the same mentality that we’ve had in the past few games – dump offs, screens, delays, and rushes. Mix it up, but get the ball in Le’Veon’s hands early in the game, and build a lead. If we can get ahead in this game, then we will be in great shape to stack our fourth win.

The O-line going up against the Buffalo D-line is going to be critical to success, as always. And it looks like we’ll be down a starter (Ramon Foster) on the line. That means one B.J. Finney will need to step in and do the job he’s done the last few times his number has been called. Remember, the last time Finney got a start, he was the highest ranked lineman on the Steelers according to Pro Football Focus.

I don’t know that the middle is going to be too friendly to the Steelers rushing attack. The Bills are good up the middle, but if Le’veon can bounce it out, or run a couple sweeps with DeCastro pulling out there, and that means the Bills linebackers (Preston Brown and Zach Brown) will have to shed blocks to make the tackle, and they aren’t great at getting off blockers. So get the “Goon Squad” rolling, and ring the Bell to a Steelers win!

The key to this game for me, as I mentioned, is 1st and 2nd down, and it all falls on which line can do the job on those downs. We need our O-line to contain the Bills solid D-line, and our D-line to keep the Bills rush attack in check. If our lines can win the battle, the Steelers will head to Cincinnati with a 8-5 record.

The bottom line for the Black ‘n’ Gold is that they are in complete control of their own destiny, and the have been fantastic in December games over the past few seasons. Win out, and they Run the North. Lose one game, and then you need the Ravens to lose one. Lose two, and we may be sitting home come January.