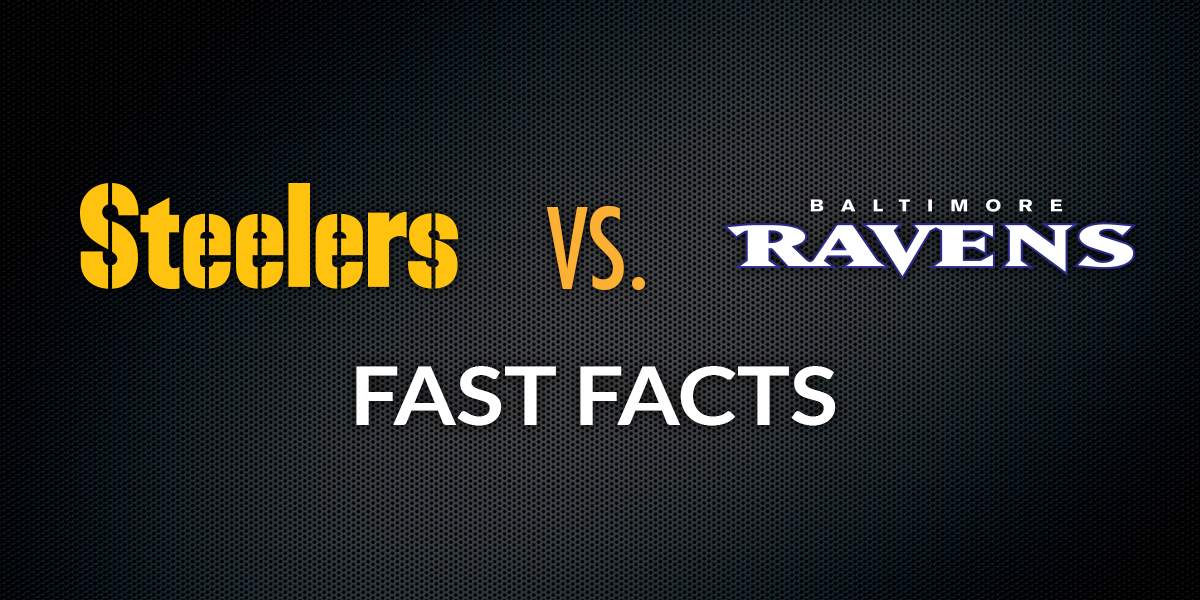 The opening line has the Steelers as a 5.5 point favorite. The over/under is 44.5 points.

This week’s game will mark the 42nd regular-season meeting between Pittsburgh and Baltimore, with the Steelers holding a one-game advantage in the series (21-20)… Sunday’s game will be the 21st time the two teams will meet in Pittsburgh where the Steelers are 12-8 against the Ravens… the two teams have met 13 times in the month of December (Steelers lead, (7-6 overall and 3-2 at home in the month).