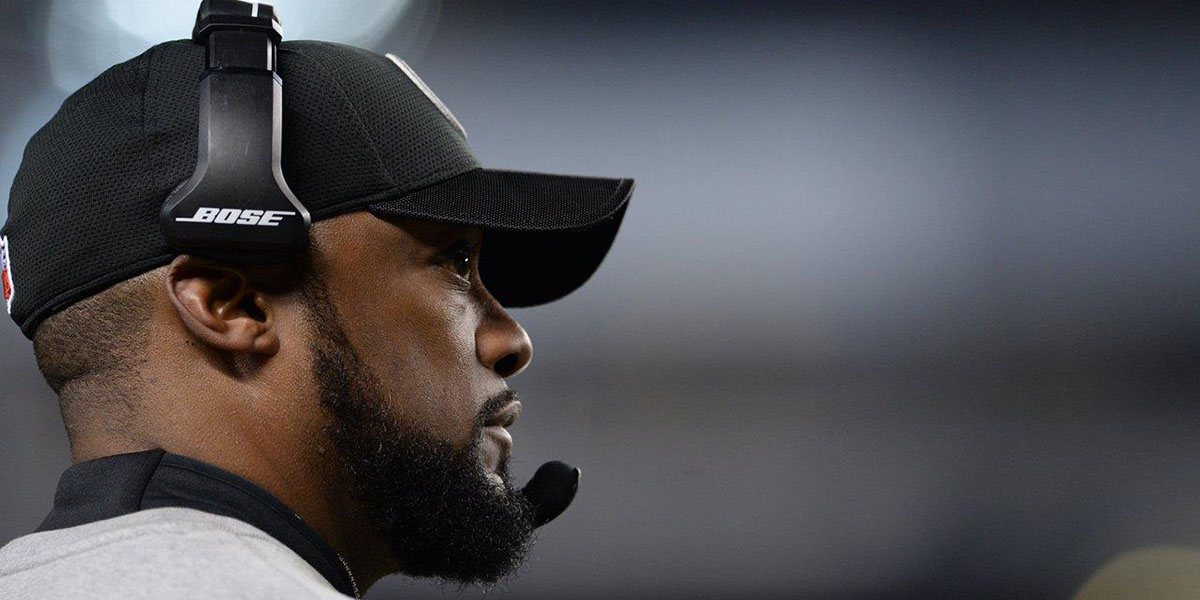 The facts say Terry Bradshaw is wrong regarding Mike Tomlin

Amid the excitement surrounding the win and the Steelers punching their postseason ticket, there is still an elephant in the room that needs to be addressed. Unless you’ve been living in a cave for the past few days, it’s been big news that former Pittsburgh quarterback, the legendary Terry Bradshaw, had some less-than-endearing things to say regarding Tomlin’s ability as a head coach.

Bradshaw’s comments, ranging from calling Tomlin a “cheerleader guy” to saying “I don’t think he’s a great coach at all”, has divided NFL analysts and Steelers fans, even in the midst of a division title.

I think it’s pure lunacy that there is a division of opinions on this topic, because the facts overwhelmingly say that Mike Tomlin is, indeed, a great coach.

First, let’s just get down to how exactly a coach should be evaluated. I believe the only thing that matters is wins, losses, and accolades. I could care less if some fans have personal opinions and feelings on strange narratives – clock management, preparation, losses to “bad teams”, etc.

When it comes down to winning, Tomlin has done that consistently:

Now, if I listed off these accomplishments, with no name or team attached to it, you’d have to agree that’s one hell of a resume, right?

When Tomlin took over in 2007, he did inherit a talented group, including the great Ben Roethlisberger. This is one of the most unfounded narratives to discredit him by the anti-Tomlin crowd. I mean, Tomlin may have inherited Ben, but he also had to rebuild the whole roster as players got older, retired, or became shells of their former selves. (By the same logic, Bill Cowher didn’t win a Super Bowl without Big Ben either.)

Coach Tomlin is responsible for drafting one of the most talented offenses in the league, one that features an underrated but excellent line, the best running back, and best wide receiver in the NFL.

Since 2011, even with Big Ben calling the shots, it’s been tough sledding at times trying to rebuild on defens,e and not fall off the map in terms of winning. Not many teams can go almost into a full-on rebuild mode at almost every position besides quarterback, and still not have a losing season; much less win 10+ games and make the playoffs.

Tomlin has done that; it’s unfair to not recognize the job he has done in that regard.

There is no way to deny good coaching has been the catalyst for the Steelers’ defensive turnaround.

Outside from being a very good teacher of the game, as a man Tomlin is the quintessential professional. He has the respect and love of his players. He owns the locker room. Recently, several players voiced their displeasure with Bradshaw’s comments. It says a lot about Tomlin that his guys will go to war for him on and off the field.

Around the league, Tomlin is well-liked and respected by his peers. He is held in high regard by his bosses, the Rooney family. He never makes excuses for bad performances and always takes the blame when things aren’t going well. Winning, accolades, professional, respected, and a stand-up guy are all things that come to mind when I think of Coach Tomlin.

I’m sure everyone remembers a couple months back when Pittsburgh was sitting at 4-5 after a four-game losing streak. Since then, the Steelers have won six games in a row, clinched the AFC North, and guaranteed themselves at least one home playoff game. If that doesn’t show that Tomlin has these guys prepared, focused, determined, and motivated, I have no idea what does.

Terry Bradshaw is entitled to his opinion, but his accomplishments in the 1970’s don’t add any sort of extra relevance or magical value to what he said. He’s not right just because of who he is. Some people like to pass off their narratives, personal feelings, and personal opinions as facts. But they are far from that.

As a fan, I know how lucky I am to have him as our coach. Some fans won’t ever change their mind about him. Some fans are spoiled, unrealistic, and flat-out lack knowledge when it comes to football. That’s fine.

I have presented the factual truth. To actively deny it shows a narrative that may go beyond just football.

If we’re judging Mike Tomlin on his wins/losses, attitude, professionalism, and respect – he is without a doubt a great coach, because those things are all that matters. Leave your personal feelings at the door, because they are irrelevant.