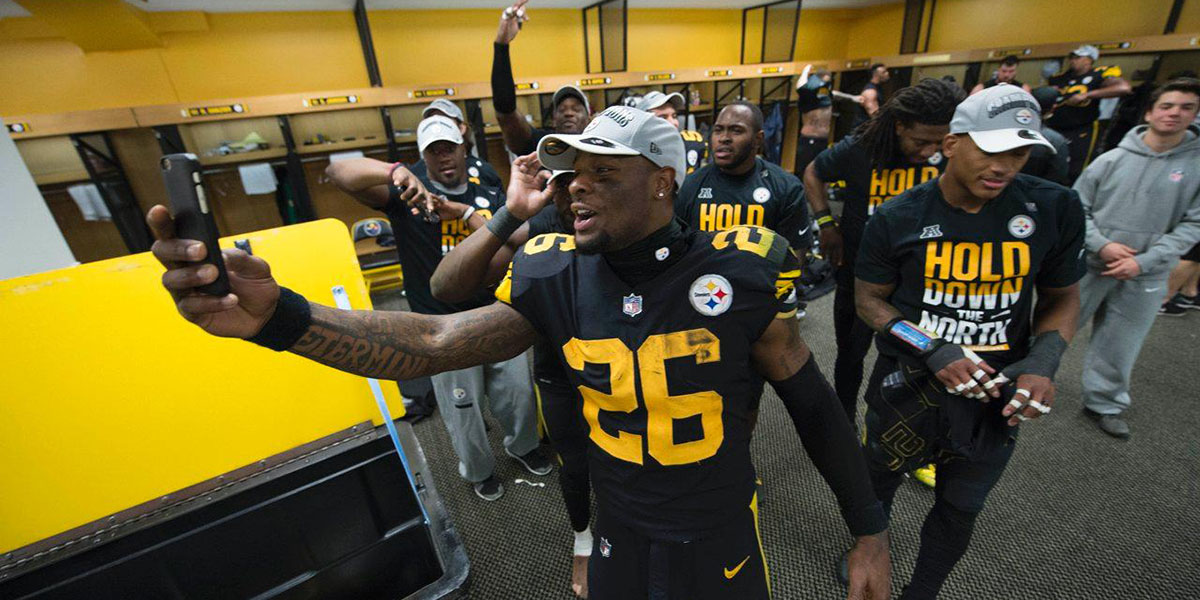 Stats that stood out: Steelers vs. Ravens

On Sunday, the Steelers won a nail-biter in Heinz Field and clinched the AFC North Championship!

Here are some of the stats that stood out.

The Steelers win on Sunday marks the teams 22nd clinched division title, winning the division 47% of the time – the most by any NFL team since the 1970 merger.

Le’Veon Bell has hit the 4000 yard milestone in 47 games – the 2nd fewest games taken in Steelers history behind Jerome Bettis (44).

Ben Roethlisberger has thrown at least 1 touchdown in 44 straight home games he’s played in – the 3rd longest streak in the NFL and the longest active streak.

With his 1 sack on Sunday, Lawrence Timmons is currently tied with Kevin Greene at 35.5 sacks for the 8th most in Steelers history.

Le’Veon Bell is currently tied with Barry Foster and John Henry Johnson for the 6th most rushing touchdowns in Steelers history (26).

Chuck Noll, Bill Cowher, and Mike Tomlin have all led Pittsburgh to 7 playoff appearances in the first 10 years of coaching the Steelers,

The Steelers have won 7 consecutive home games in December – dating back to 2013.

The Steelers current 6 game win streak is the first for the team since 2004.

Mike Tomlin has clinched the AFC North championship for the 5th time in 10 years as the Steelers head coach.

The Steelers will be making the playoffs for the 3rd consecutive year in a row which hasn’t occurred since 1992.

The Steelers are the only team in the NFL to not have allowed a team to score on their first offensive possession.